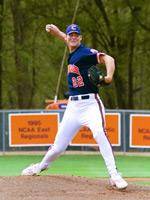 Clemson vs. South Carolina Clemson (19-13) will travel to Columbia, SC to face #6 South Carolina (25-7) Wednesday at Sarge Frye Field. First pitch is scheduled for 7:00 PM. The matchup is the last of four games played this year, as the Gamecocks have won two of the first three meetings.

The game will be broadcast live on the radio by the Clemson Tiger Sports Network and can be heard live via the internet at ClemsonTigers.com. Live stats will also be available on Clemson’s website.

Both Bradley and Price served their respective schools as sports information director for over 30 years. For the past 12 years, Price has served as a consultant for the Gamecock athletics department in the role of SID emeritus and department historian, and he provides commentary on some South Carolina baseball games. Bradley passed away on October 30, 2000, after a long bout with cancer.

Bradley served the Clemson athletic department for 45 years, 34 as sports information director and 11 in an emeritus capacity. He was presented the Order of the Palmetto by Governor Jim Hodges two days prior to his death for his service to the state of South Carolina. The native of Randelman, NC was inducted into the Clemson Hall of Fame in 1985 and was presented the Service of Sports Award by the State of South Carolina Hall of Fame.

Bradley was the 1976 recipient of the Arch Ward Award by CoSIDA, which is presented to the Sports Information Man-of-the-Year. He was also inducted into the organization’s Hall of Fame. He was a recipient of the Wilbur Snypp Award for excellence in promotion of college baseball.

Tom Price has spent more than half of his life associated with the University of South Carolina. A native of Augusta, GA, Price served as South Carolina’s sports information director for 31 years, from 1961 until retiring from his post in 1992. Following his retirement from South Carolina, he received the Service to Sports Award in 1993 from the South Carolina Athletic Hall of Fame.

Price was the recipient of CoSIDA’s Arch Wade Award in 1994 and is also a member of that organization’s Hall of Fame. Price also has received the Wilbur Snypp award for excellence in the promotion of college baseball and was chosen to serve as a baseball statistician for the Games of the XXIII Olympiad in Los Angeles in 1984.

The Series Clemson and South Carolina have met 266 times on the baseball diamond, with Clemson holding a 156-108-2 lead in the series dating back to 1899. South Carolina is Clemson’s most-played rival in history.

South Carolina won two of the three previous meetings this year by scores of 5-2 (March 6) and 8-7 (March 7), with the latter played at Doug Kingsmore Stadium. The Tigers defeated South Carolina 9-4 last Wednesday at Clemson.

The Gamecocks hold a 68-62-2 advantage over Clemson all-time in games played at Columbia. Tiger Head Coach Jack Leggett is 21-17 against South Carolina as Clemson’s head coach, including an 11-7 record in games played at Sarge Frye Field.

The Starting Pitchers South Carolina will start junior righthander Jason Fletcher (4-0, 2.10 ERA) Wednesday. The Cape Coral, FL native has started four games and relieved in five other games. In 25.2 innings pitched, he has allowed 24 hits and four walks while striking out 27.

The Tigers will counter with senior righthander Steven Jackson (0-1, 3.00 ERA) on the mound. The Summerville, SC native will be making his first start and 12th appearance of 2004. In 15.0 innings pitched, he has allowed 13 walks and just two extra base hits (both doubles). None of his 56 career appearances as a Tiger has been against South Carolina.

South Carolina Overview South Carolina, led by eighth-year Head Coach Ray Tanner, enters Wednesday’s game with a 25-7 overall record and 6-6 SEC record after winning two of three games against Florida over the weekend. The Gamecocks are 20-3 at home this year.

The Gamecocks are used to getting off to fast starts, outscoring their opponents by a combined score of 111-27 in the first three innings. South Carolina is hitting .337 as a team, led by Davy Gregg’s .418 batting average. Steve Pearce is hitting .395 with 12 homers and 36 RBIs, while Landon Powell is hitting .383 with nine home runs and 40 RBIs. Michael Campell (11) and Brendan Winn (10) have also hit double-digit long balls.

The Gamecocks are averaging almost nine runs per game, and have hit 61 homers and 83 doubles in just 32 games. The team also has a .407 on-base percentage and outstanding .975 fielding percentage thanks to committing just 30 errors in 32 games.

The Gamecock pitching staff sports a 3.01 ERA and .225 opponents’ batting average. Reliever Chad Blackwell has a 2.76 ERA and seven saves in 18 appearances out of the bullpen. The staff has an incredible 5.84 strikeout-to-walk ratio, striking out 333 against only 57 walks in 287.0 innings pitched. The staff has also been a big reason opponents have stolen just 12 bases in 23 attempts.

Clemson Overview Clemson enters tonight’s game after defeating Winthrop 9-5 last night. The Tigers, who are 4-8 on opponents’ home fields, are hitting .299 overall, led by Brad McCann’s .402 batting average. He has hit safely in 47 of his last 52 games.

Tigers Outlast Winthrop 9-5 Tuesday Clemson pulled away with three runs in the eighth inning to defeat Winthrop 9-5 Tuesday at a chilly Doug Kingsmore Stadium. Daniel Pritchard’s suicide squeeze, which ended up being his first career hit, was a crucial play in the three-run frame. Kris Harvey earned the win in a starting role and added two doubles along with two stolen bases. Russell Triplett also had two hits and two RBIs. Trailing 6-3, the Eagles clawed to within 6-5, but Patrick Hogan helped close the door with his seventh save of the year and 15th of his career, moving into sole possession of fourth place in the Clemson record book. The Tigers, who stole five bases, won despite leaving 13 runners on base. Five Eagle pitchers combine to allow nine walks, while the Winthrop fielders committed three errors.