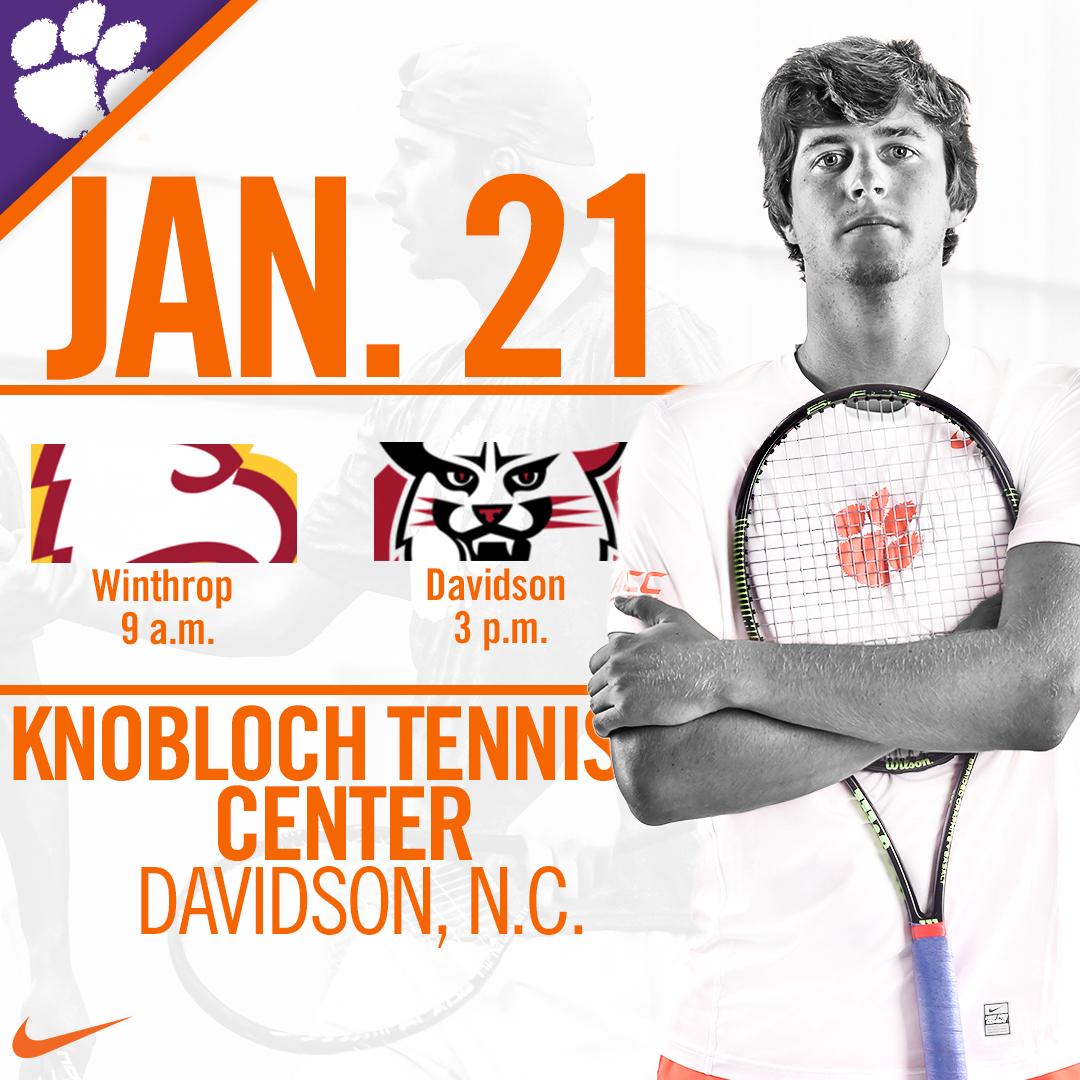 Tigers Aim for Best Start Since 2014

CLEMSON, S.C. –  The Clemson men’s tennis team looks to continue its good start in 2017 when traveling to Davidson, N.C. to take on Winthrop and Davidson on Saturday. This past weekend the Tigers defeated Georgia Southern and The Citadel to begin the season 2-0 under first-year Head Coach John Boetsch. With a lot of returning faces to the Tigers lineup this year, it was a new face that dominated in the opening weekend. Freshman Carlos Kelaidis went 2-0 in singles and only dropped five games as well as going 2-0 in doubles play.

With two wins this weekend and starting the season 4-0 would mark the best start for the Tigers since the 2013-14 season. In 13-14 the team advanced to the second round of the NCAA Tournament before falling to Kentucky.