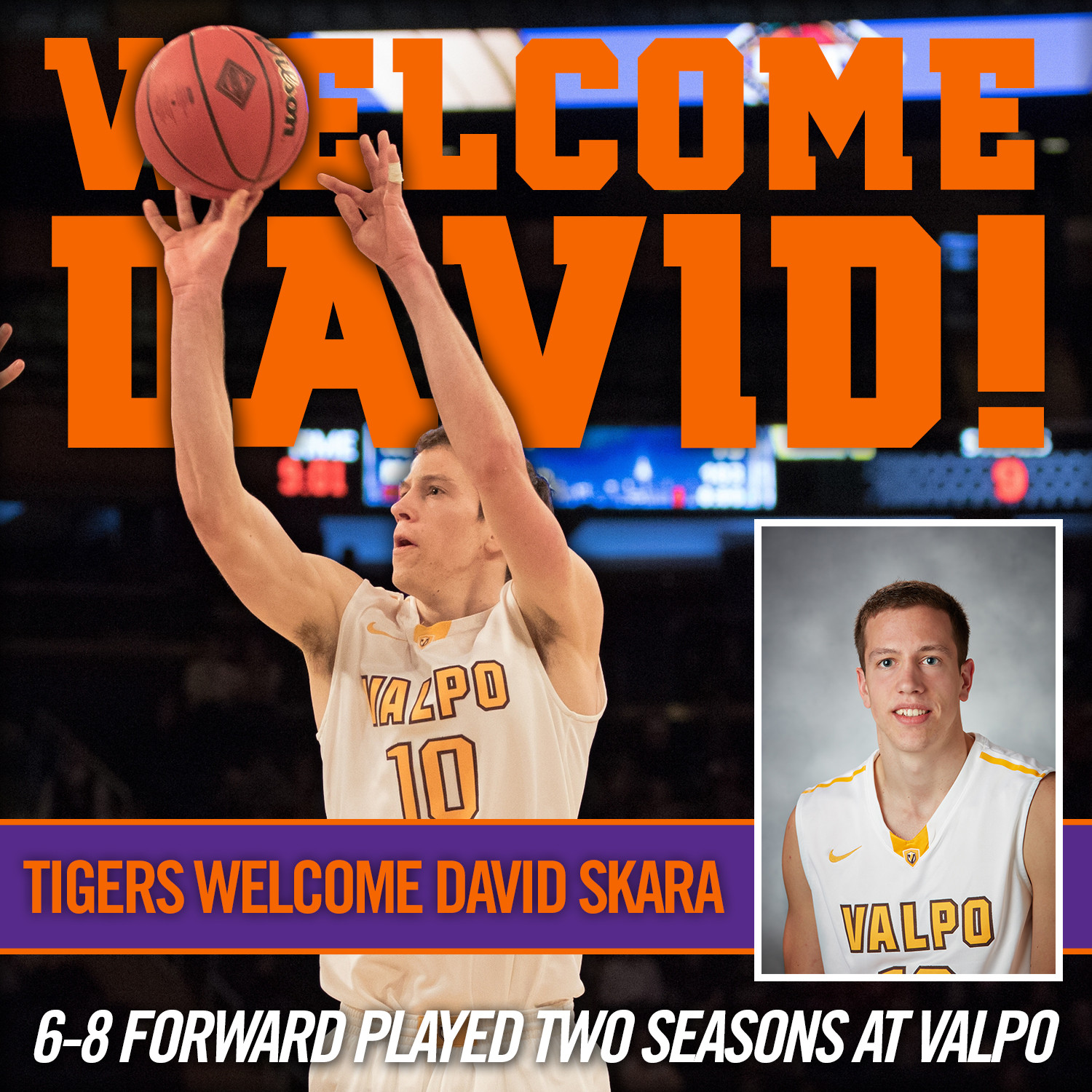 CLEMSON, S.C. — David Skara, a 6-8 forward who played two seasons at Valparaiso University, has signed a financial aid agreement to transfer to Clemson. Head coach Brad Brownell made the announcement today. Skara will sit out 2016-17 and have two seasons of eligibility remaining.

“David is a versatile forward that we feel can be a very productive player in our program,” Brownell said. “He has good athleticism, ball skills and the ability defensively to guard players at multiple positions. He has a history of playing well against good competition and was a good piece on a very successful team at Valparaiso these past two seasons. We will use his redshirt season to continue to improve his shooting and add weight to help him withstand the rigors of playing in the ACC.”

Skara appeared in 63 games for the Crusaders over the past two seasons, helping Valpo to an overall record of 58-13. The Crusaders advanced to the 2015 NCAA Tournament and 2016 National Invitation Tournament Championship Game. Skara averaged 5.4 points and 3.2 rebounds per game as a freshman, before improving to 6.5 points per outing in 2015-16. He was second on the 2014-15 team with an 81 percent free throw mark and tied for third on the team with 60 assists.

“I chose to continue my career at Clemson because I liked the coaches and felt accepted by the players,” Skara said. “They have a good team, and the recent history of success Coach Brownell has had with transfers is appealing. I think I’m a good fit for their system. The good news is that next season when I’m sitting out I’ll have time to get to know Coach Brownell and the system even more.”

Skara proved to be a clutch performer for the Crusaders. As a freshman, he was named to the Horizon League All-Tournament Team after leading Valpo with 12 points off the bench in the championship win over Green Bay. As a sophomore, Skara hit the game-winning three-point goal with 17.7 seconds left to beat BYU in the NIT semifinals. Skara had 15 points, a season high, in the win over the Cougars.

Prior to his time in Indiana, Skara played one season at Don Bosco Prep, averaging 16 points and eight rebounds per game. A native of Croatia, he represented his home country at the 2012 FIBA U17 World Championships, where he helped his team to a bronze medal.