CLEMSON, S.C. — Former Virginia Tech standout and Clemson Graduate Assistant and part-time Assistant Coach Joe Davis has been hired as a full-time jumps and multis coach for the Track & Field program. Davis was a two-time First-Team All-American in the pole vault in 2011 and 2012 at Virginia Tech.

As a walk-on at Virginia Tech, Davis surprised, scoring 38 total points at ACC Championship meets across his four years of competition. He still sits firmly at 10th all-time in Hokie history in the outdoor pole vault.

Shortly after graduating with a degree in Natural Resources Conservation in 2012, Davis became a volunteer assistant at his alma mater where his coaching career began. He arrived at Clemson as a graduate assistant in 2015, where he continued to coach while earning his masters in Athletic Leadership.

After two stops at A&M Commerce and Western Carolina, Davis returned to Clemson in a part-time role this past season. In his short time at Clemson, he is particularly proud of Harleigh White’s progress, as she set personal best marks several times during the season and moved up on the all time Clemson list.

He also singled out his pride in walk-on athlete Areya Campbell for competing in the ACC Heptathlon this season and finishing 10th in the event, good for Clemson’s 10th best all-time mark. As a walk-on himself, these are the stories he feels make the sport so special.

A native of Sarasota, Fla. Davis lives with his wife Morgan and daughter Emerson. 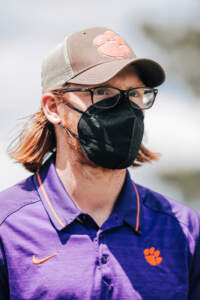 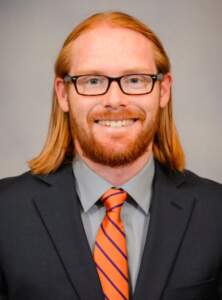