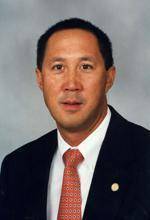 Clemson, SC- The Clemson Men’s and Women’s Swimming and Diving programs have signed four swimmers and one diver during the early signing period this fall. The Tigers have signed Kelly Gillis, Alexandra Barsanti, Matthew Angelini, Andrew Cunningham, and Stephanie Fura for the upcoming 2006-2007 season.

Gillis comes from The Bolles School in Jacksonville, Florida. She finished 26th in the 400 IM at the 2004 Olympic Trials, and was the 2003 and 2004 Florida Long Course Swimmer of the Year. Gillis has lettered all four years in swimming in high school, and is a three-time All-American. She plans to major in Elementary Education.

Ip is excited about the two new additions to the women’s team. Both will help Clemson at ACC’s and at NCAA’s.

“Kelly is an extremely versatile athlete who will bring a wealth of experience to the Tiger program. She has made her Olympic trial cuts in the 400 IM and will compete in events from the sprint freestyles up to the distance events. Alex is a great student-athlete that will make an immediate impact in her breaststroke events and on all of our medley relays and sprint freestyle relays.”

Matthew Angelini will come to Clemson from West Chester, OH. He attended Archbishop Moeller High School. He is a three-time All-American, and holds his high school record in the 200 IM, 100 back, and 500 free. Angelini has earned three varsity letters in swimming, and plans to major in Engineering.

Ip believes that these two will have a big impact on the Clemson program.

“Matt is another very versatile swimmer. We look very hard to find quality swimmers that can perform well in a multitude of events. He has great technique in all four strokes. We look for Matt to help us in the IM events and the backstrokes. He can also help us on our 400 and 800 freestyle relays.”

“Andrew will blossom in college. He has a big frame and is just maturing in his distance freestyle and 200 fly events. With his great work ethic we are confident that Andrew will make an impact in our distance group.”

Diving Coach Leslie Hasselbach announced that Stephanie Fura will be part of the Tiger diving team next season. Fura comes from Commerce Township, MI where she was the 2003 Team MVP, and the 2004 Regional Champion. She has lettered four years in diving, and one in gymnastics. Hasselbach thinks that Fura can be successful at the collegiate level.

“Stephanie can step right in and be a contributor right away. She is a level-headed competitor, and has a great competitive spirit. Stephanie has only been diving for four years, which makes her young in the sport. I think that she has a great upside, and a lot of potential.”