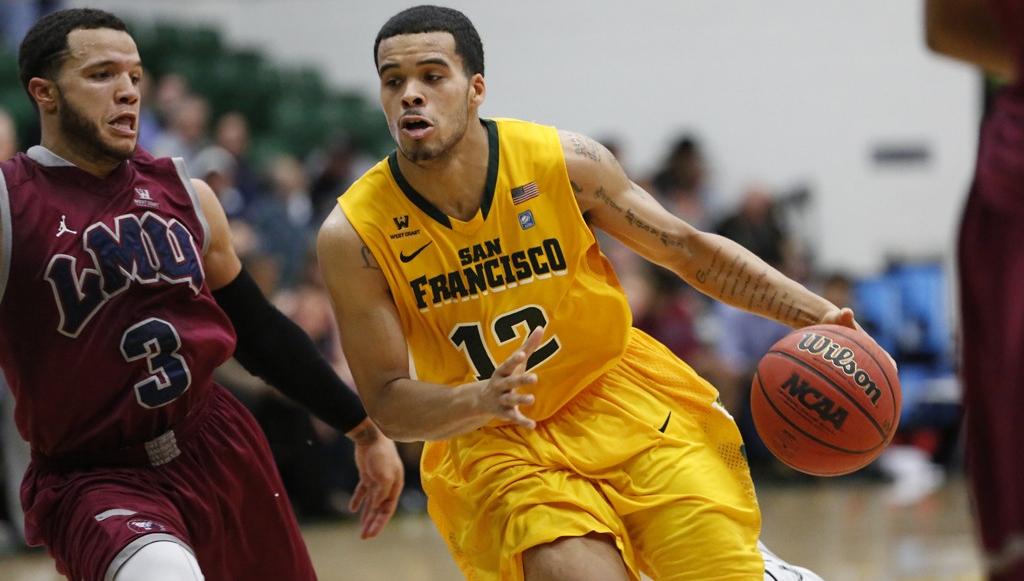 CLEMSON, S.C. – Avry Holmes, a 6-2 guard for the University of San Francisco the past two seasons, has signed an aid agreement to transfer to Clemson. Head Coach Brad Brownell made the announcement Monday. Per NCAA rules, Holmes is required to sit out the 2014-15 season but has two seasons of eligibility remaining, beginning in 2015-16.

“We’re excited to add Avry to our basketball family,” Brownell said. “He is a skilled shooter and good decision-maker who comes to us after two productive years of play in a very good league. Adding Avry – along with fall signees Gabe DeVoe and Donte Grantham – completes an outstanding recruiting class for our program.”

A native of Salem, Ore., Holmes played 62 career games for the Dons, starting all 33 this past season for a team that went 21-12 and advanced to the NIT. He averaged 9.8 points per game over his two seasons and shot 98-223 from three-point range, a 43.9 percent accuracy.

In 2013-14, Holmes was third on the Dons’ team with an average of 12.5 points per game. He shot 41.9 percent from three-point range and was USF’s leading scorer in nine games, including a career-high 25 points at Loyola Marymount in the regular season finale. Holmes also averaged 17 points per game in two efforts against national power Gonzaga last season.

As a freshman in 2012-13, Holmes shot 47.1 percent from three-point distance and was named to the West Coast Conference All-Freshman Team. He scored a season-high 17 in his first career game against Stanford and later matched it in a contest against BYU.