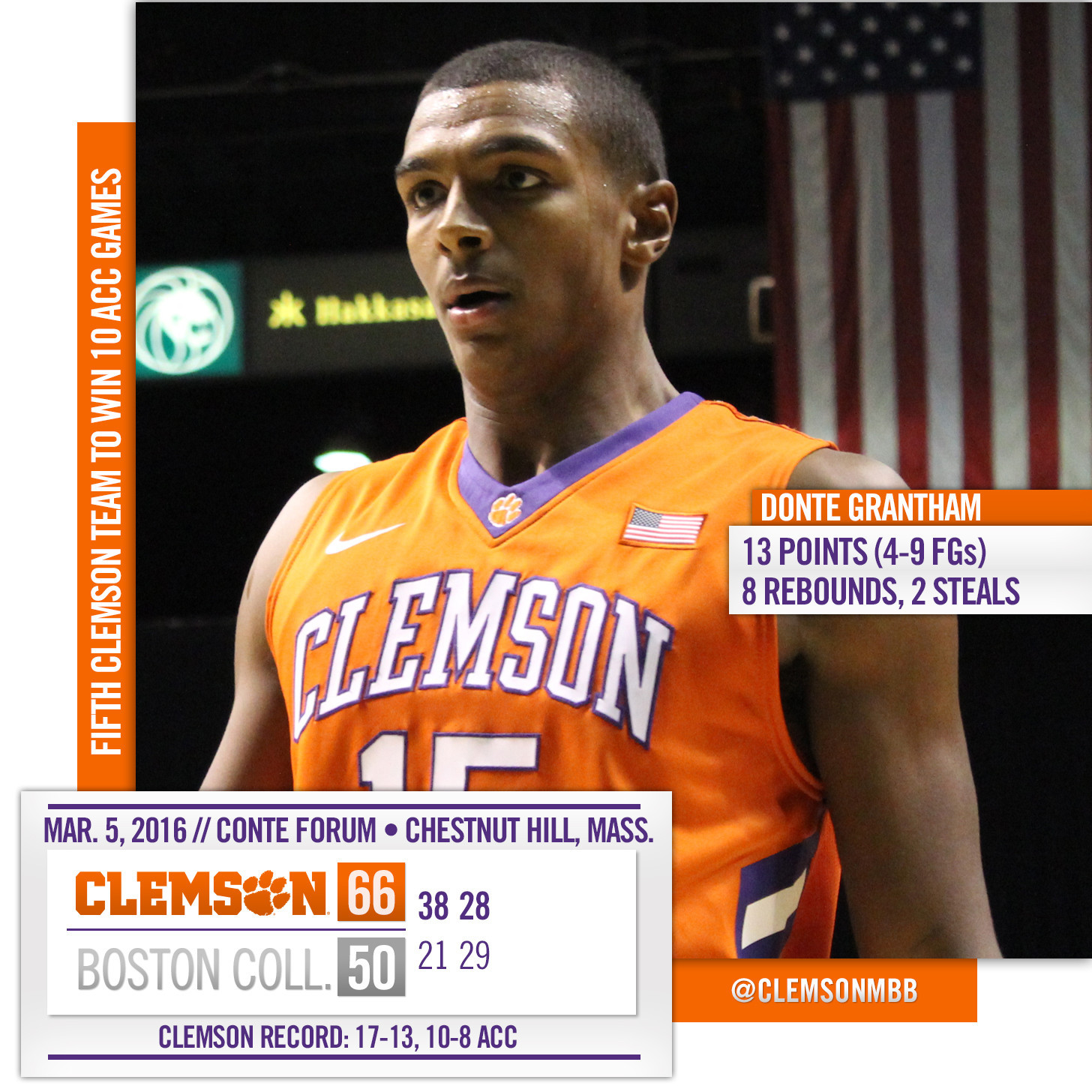 CHESTNUT HILL, Mass. — Behind a balanced effort offensively, Clemson earned the program’s fifth 10-win ACC season ever on Saturday with a 66-50 win at Boston College. The win moved the Tigers to 17-13 overall and put Clemson with a 10-8 conference record for the second time in three years. Next up is the ACC Tournament in Washington, D.C. Matchups will be announced at the conclusion of the day by the league office. Clemson will begin play on Wednesday, March 9.

Donte Grantham put together a big game with 13 points, eight rebounds and two steals. Grantham made 5-9 field goals and was one of three players in double figures for Clemson. Jaron Blossomgame led the team with 16 points, while Avry Holmes chipped in 11. The Tigers hit nine three-point goals and held the Eagles to just 36 percent shooting overall.

The Tigers came out sharp from long distance, hitting three of their first five. But BC would not go away and took a one-point edge at 12-11 on a transition layup by Jerome Robinson. Clemson countered with a 16-3 run that included five points from freshman Ty Hudson. The Eagles failed to score for over four minutes during the run.

Blossomgame erupted after a quiet start for three consecutive long balls to push Clemson’s lead, and Grantham emphatically capped the first half of play with a tomahawk jam. His rim rocker pushed the edge to 38-21 at intermission.

Holmes continued his solid play against the Eagles, as he went into double figures in the scorebook on a nifty finger roll from the left side of the lane. His bucket put Clemson ahead 55-36 with 8:36 to play. The Tigers actually extended their lead with Blossomgame and Grantham both on the bench with three fouls.