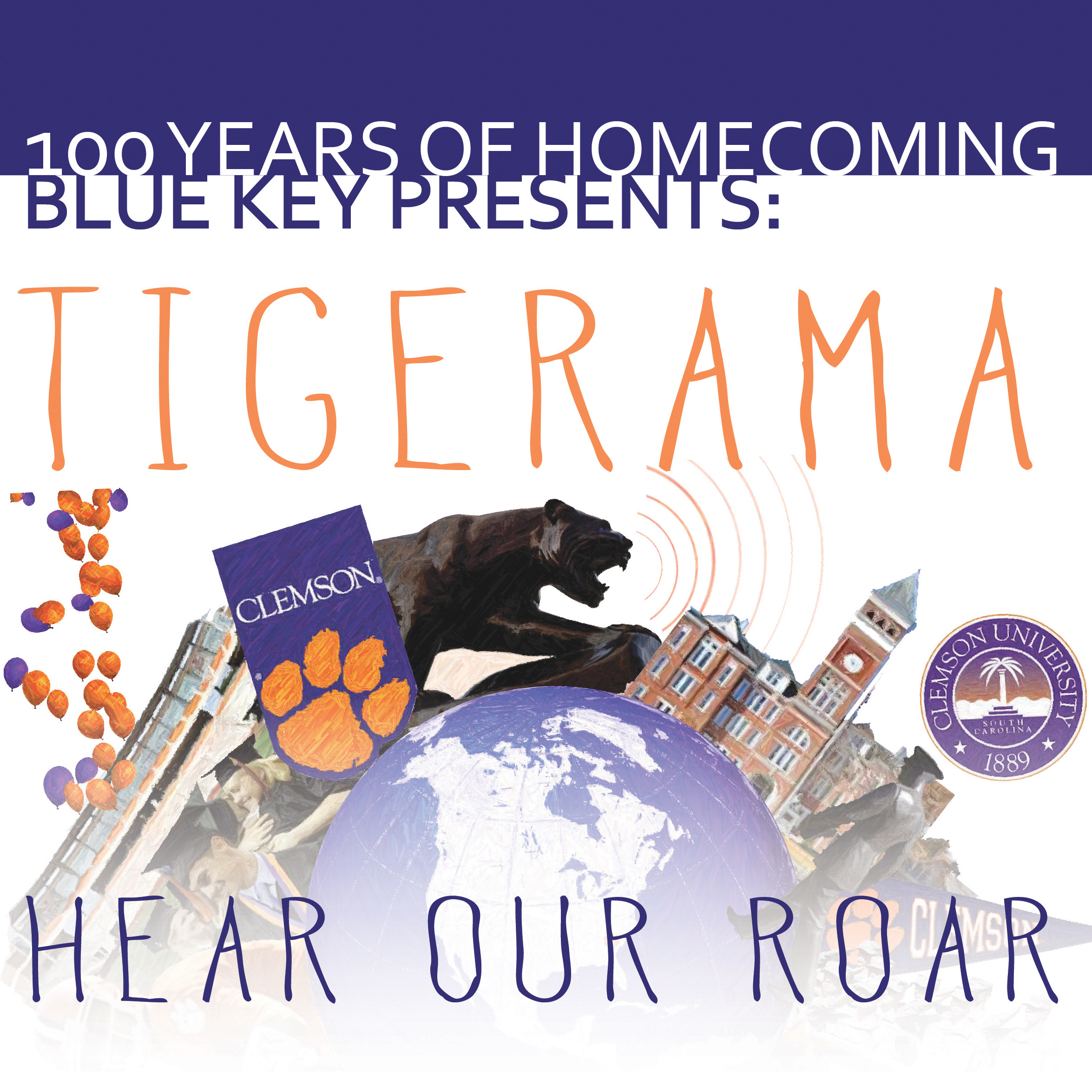 On the evening of Friday, October 24, come join us for Tigerama 2014, one of the most exciting homecoming pep rallies in the nation. This year, we celebrate the powerful roar of the student body, staff, faculty and incredible fans and supporters who can be heard all around the world.

Tigerama begins at 7 p.m. in Littlejohn Coliseum, with the family-friendly Tigerama Tailgate taking place at 5 p.m. on the lawn of Littlejohn Coliseum. The tailgate features autographs from Tiger athletes, live music and games for kids.

The show is immediately followed by a fireworks show that can be viewed from the lawn of Littlejohn Coliseum. Since the weekend marks the 100th anniversary of Clemson’s Homecoming, the show will feature never-before-seen fireworks.

On Nov. 8, 1957, Joe Sherman and Blue Key oversaw the inaugural performance of Tigerama at Clemson University, making it the second-largest, completely student-run show in the entire country. Tigerama has become a hallmark event of the Homecoming weekend, highlighting the best of what Clemson University has to offer to an audience of thousands.

Since 1957, Tigerama has been more than just a celebration of Clemson’s Homecoming, it is a unique experience for Tiger fans of all ages. Tigerama is much more, however, than simply a catalyst for school spirit. It is also a source of essential scholarship support.

Since its founding in 1957, proceeds drawn from Tigerama have provided the top student from each academic major a Tigerama Scholarship, which recognizes excellence in the classroom and leadership in the community.

Thank you for assisting in our efforts to foster community support and to give back to the campus and student body.

From the depths of Death Valley to the ends of the world, Clemson Tigers are leaving their mark. On our 100th anniversary of Homecoming, we will honor our distinguished military history, celebrate our present and pay it forward for a brighter future.