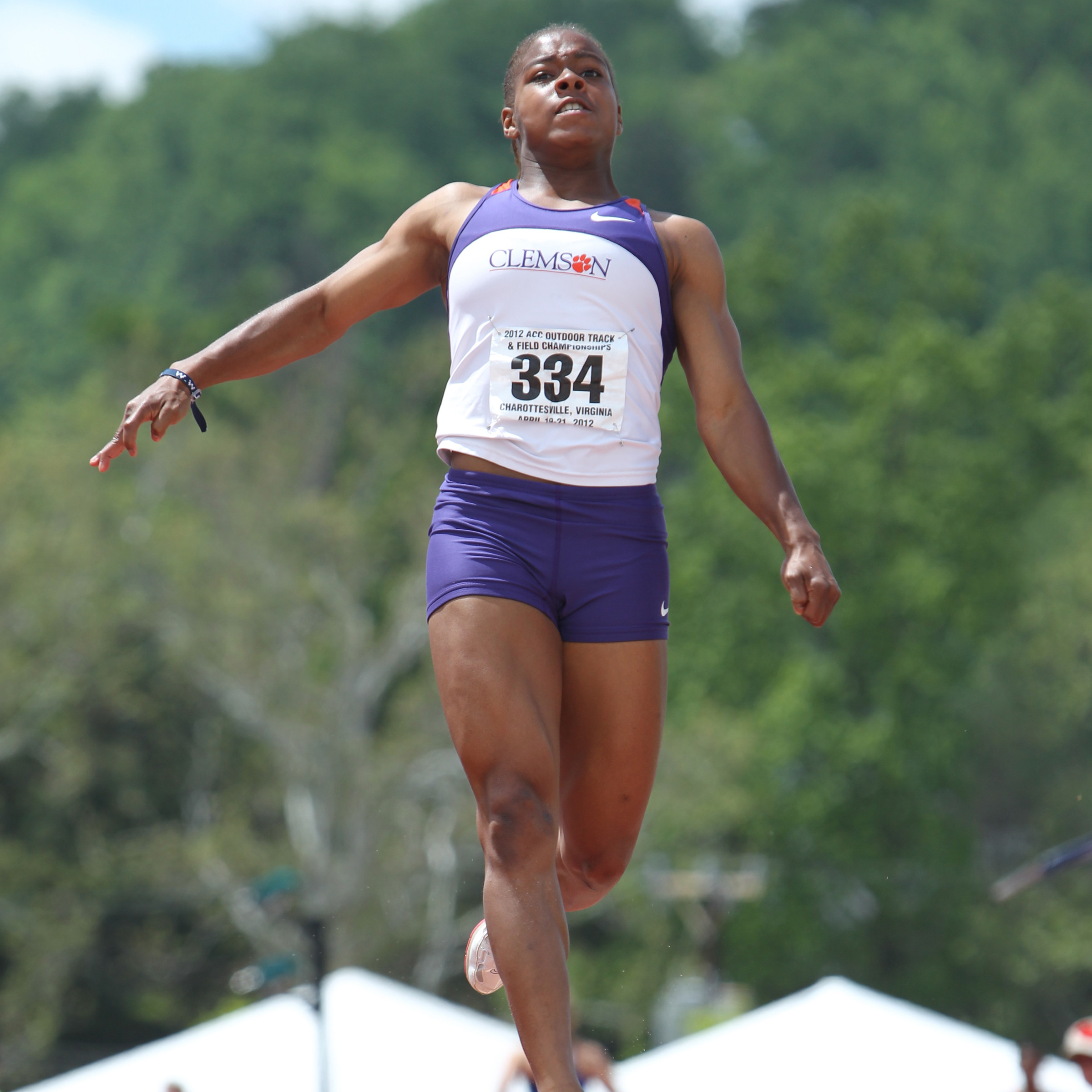 In addition to returning its entire roster from the 2015 indoor season, Clemson welcomes a pair of athletes back to competition this spring in Whitney Fountain and Lauren Terstappen. Both opened their respective final outdoor seasons last week at Coastal Carolina. Terstappen set the school’s facility record in the women’s pole vault, opening her senior campaign with a win and clearance of 13-1.5. Fountain was a second-team All-American in the long jump last season, as well as an NCAA East Preliminary qualifier in the triple jump.

Natoya Goule earned a National Championship in the 800 meters, and is competing in her final outdoor season of eligibility. She anchored the Tigers’ 4×400 relay to a fourth-place finish at the NCAA Indoor Championships as well. Her 800 time of 2:00.06 from her most recent outdoor season (2013 at LSU) is the nation’s top-rated point value in the event.

Samantha Elliott, new to the Tiger team in 2015 and a second-team indoor All-American in the 60 hurdles, carried over a pair of strong times from her 2014 outdoor season at Johnson C. Smith University. Her 100 hurdles (13.05) and 400 hurdles (56.63) are considered top-10 preseason times, significantly boosting Clemson’s ranking.

The Tigers are scheduled to compete at the Alabama Relays and Texas Relays this weekend.