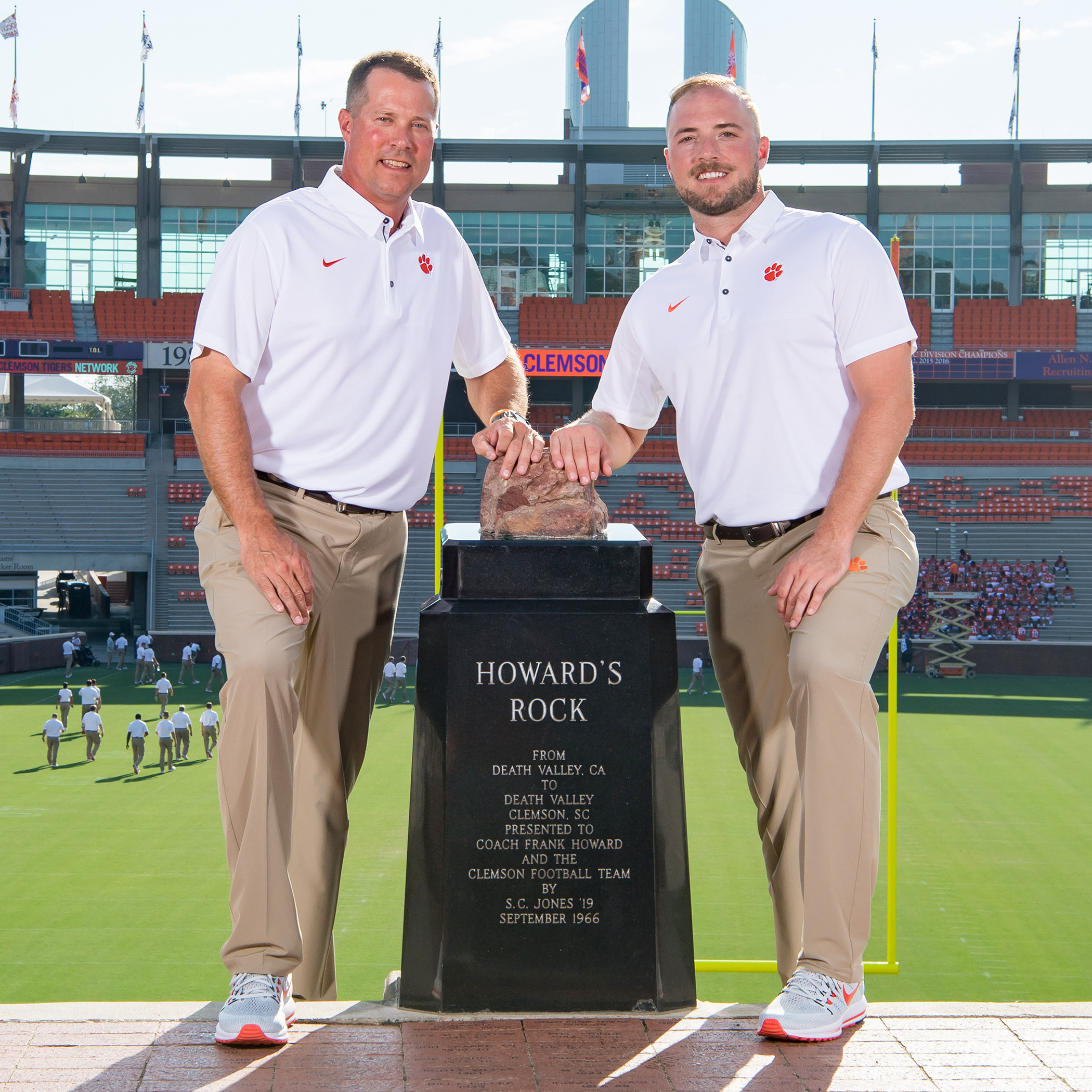 Chase Pinder was selected by the St. Louis Cardinals in the seventh round of the 2017 MLB draft and elected to forgo his remaining college eligibility to start a professional career.

But just because Pinder’s time as a baseball player at Clemson was over, it did not mean that the junior center fielder was ready for his time working towards his degree in sports communication to come to an end.

Pinder immediately re-enrolled at Clemson and began filling his time between batting practice and games as a member of the Johnson City Cardinals, the St. Louis’ rookie team in Tennessee, with online classes. He joined a cohort of former Tiger student-athletes who also took an opportunity to turn to a professional career early, but ultimately returned to complete their degree through the Tiger Trust Program.

“The Tiger Trust Program has been in existence for years…decades, to be honest,” said associate athletic director for student-athlete services Steve Duzan. “But it was very informal…it was not very packaged and there were no set criteria. It would basically be that an athlete who had gone pro and came back wanting to finish their degree would work with a certain administrator and work out a deal on how they were going to get it done, who was going to pay for it and what the program looked like.

“But about two years ago, the administration got together and believed this was something important that we wanted to support our student-athletes in the ultimate achievement of graduation. We know that some of them have opportunities to leave early, and it’s the right move at the time. But when that time ends in that profession, we want them to have the opportunity to come back and fulfill what we all started.”

Since the Tiger Trust Program was revamped and retooled, it has reached athletes in everything from football, soccer, baseball, track & field, basketball and beyond. During the 2016-2017 academic year alone, 11 student-athletes returned and walked across the stage as Clemson graduates, and that many are still currently enrolled.

Former Tigers from as recently as Pinder to as far back as the 1970s and Tree Rollins are taking the opportunity to complete their degree, and the likes of Terry Allen, Keith Jennings, Bill Spiers, Kyle Parker and Ben Paulsen are some of the others to do the same.

In order to qualify for the program, former student-athletes have to be in good standing with the university, re-apply to the university and have their degree, which ideally would be within 45 hours of completion, evaluated. If their old major no longer exists, athletic academic services works with them to see which new program fits their interests and previously-taken coursework. From there, the experience is not much different from that of a typical student-athlete.

“We want people to know that we are committed,” stated Duzan. “We make a promise and we keep it. Our best interest is in the student as a person, not just the athlete. We’re not here to use these athletes…we’re here to recruit them, because we believe that they’re the best individuals for Clemson.

“It’s like Dabo Swinney said recently, ‘There’s a lot of great players out there, but we’re recruiting the best people.’

“We’re looking at the total package at Clemson. We want people to know that we’re honoring our commitment to them. They came and they gave us everything, and by giving everything, they had an opportunity to leave at the right time and pursue a pro career, which doesn’t happen every day, but when the time is right, they can come back and we’ll fulfill our commitment to them.”