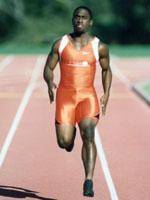 Tiger Track and Field To Compete At Kentucky Invitational

CLEMSON, SC – The Tiger track and field team will compete at the Kentucky Invitational on Jan. 16-17 at Nutter Fieldhouse in Lexington. Thirty members of the Clemson men’s team will compete in 14 events in the meet that begins Friday evening and concludes on Saturday.

In the field events, Ryan Hunter and Brent Hobbs will compete for Clemson in the pole vault. Danny Alge, Derek Gilson, Nick Caramanico will contest the weight throw, and Gilson, Lombardi, Caraminico, Hunter and Hobbs will be joined by Ryan Koontz in the shot put. Jason Bell and George Kitchens, R. Hill, Koontz, Hobbs and Hunter. Adam Linkenauger will compete in the high jump.