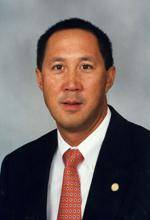 The Clemson’s men’s team GPA of 3.26 is the highest on record for that program and the second highest on record for any Clemson men’s sport. The record for a men’s program is a 3.29 by the men’s soccer team in the spring of 2001. Ben Kanoy was named to Clemson’s President’s List, while seven Tigers were named to the Dean’s List and seven additional members of the team were on the Honor Roll for the semester.