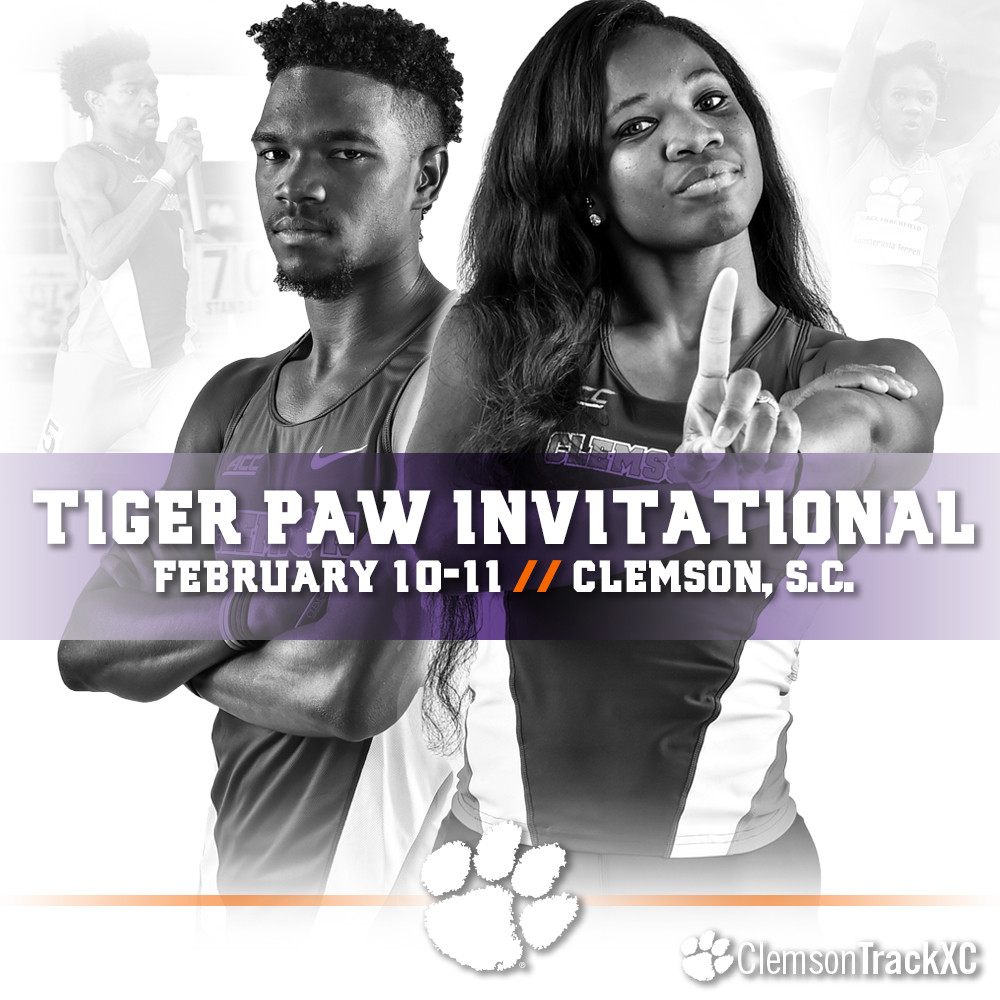 Tiger Paw Invitational On The Horizon

CLEMSON S.C. – Clemson is back in Tiger Town for the highly anticipated Tiger Paw Invitational as nine nationally ranked programs will compete on the fastest track in the nation on Friday, February 10 and Saturday February 11. The Tigers will be competing in full force this weekend looking to post their best times and marks of the season and qualify for the NCAA Championships in College Station, Texas on March 10 and 11.

The field of 10 visiting universities is the most challenging the Tigers have faced this season as there are four men’s programs and five women’s programs ranked in the nation’s top 25. For the men, No. 6 Texas A&M, No. 11 Alabama, No. 14 Tennessee and No. 25 South Carolina will be in the mix while No. 9 Notre Dame, No. 15 Miami, No. 17 Alabama, No. 18 NC State and No. 21 Tennessee highlight the women’s field.

Clemson is coming off perhaps its best performance collectively at the Charlie Thomas Invitational a week ago as the women took third place behind Texas A&M and Baylor. Angelica Collins highlighted the meet with two first place efforts, one of which was the 10th fastest 60m dash time in the country. On the men’s side, Cordell Lamb, Michael Cheeks, Jeffrey Green and Terrell Jackson fueled the 4×400 meter relay team to the second fastest time in program history.