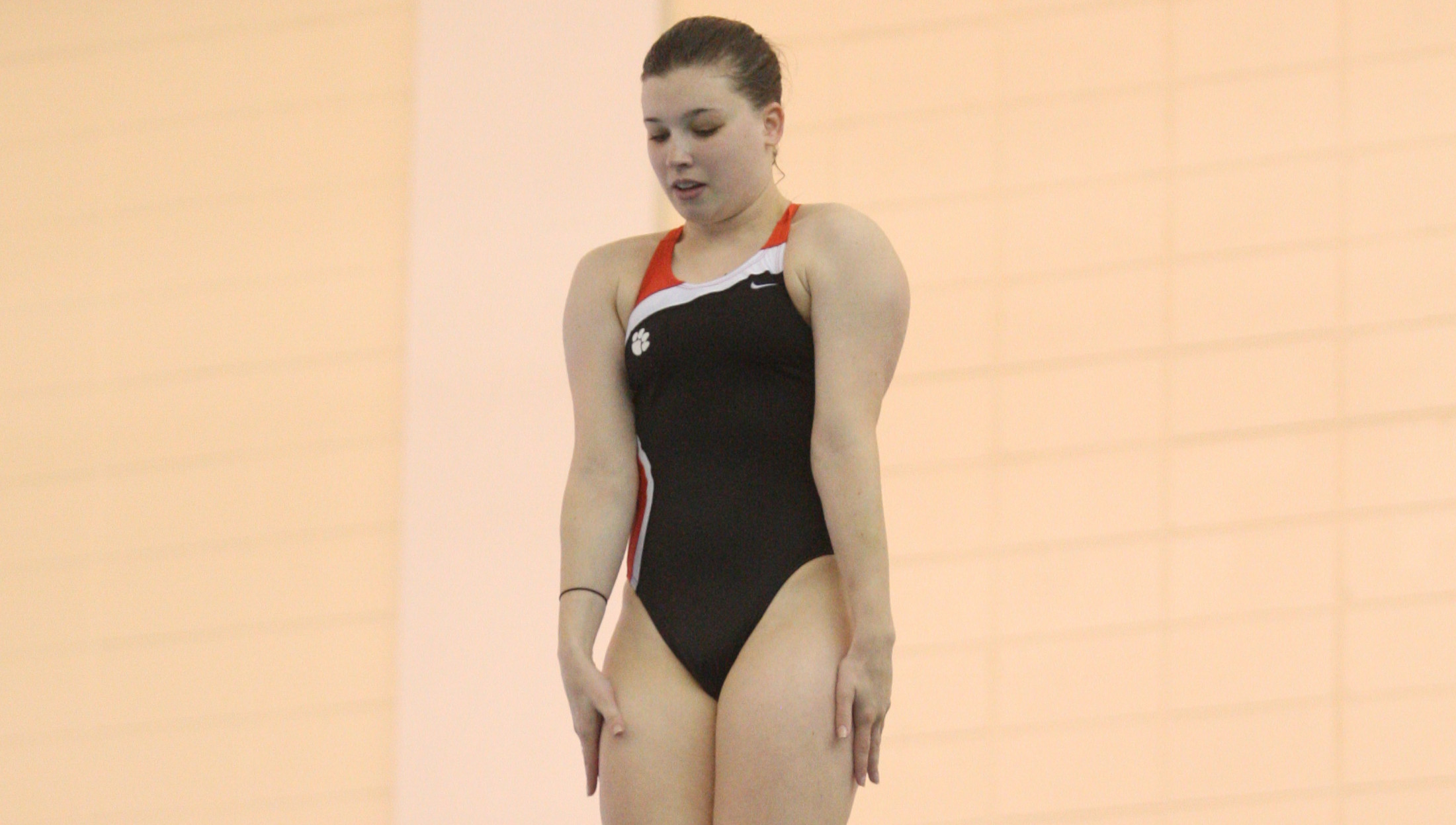 CLEMSON, SC – The Clemson women’s diving team will compete in a pair of nationally prominent invitational meets this weekend. Half of the team will travel to Columbia, MO for the Missouri Invitational, a three-day event that is scheduled to begin on Thursday, November 29 and run through Saturday, December 1. The other half of the Tiger team will go to Atlanta, GA for the Georgia Tech Invitational, which will go from Friday, November 30 until Sunday, December 2.

“The Tiger divers are ready for action,” Head Coach Leslie Hasselbach Adams said. “We are dividing and conquering as half of the squad will travel to the Mizzou Invite and the other half will travel to the Georgia Tech Invite.  We are looking forward to continuing to make competitive improvements as we reach the halfway point of our season.”

Uranaka is currently 15th in the Atlantic Coast Conference in the three-meter, while Melchionda ranks 17th in the league in the one-meter. Tatum is ranked within the top 20 in both events. Resler leads the Tigers with a seventh-place ranking in the platform so far this season.