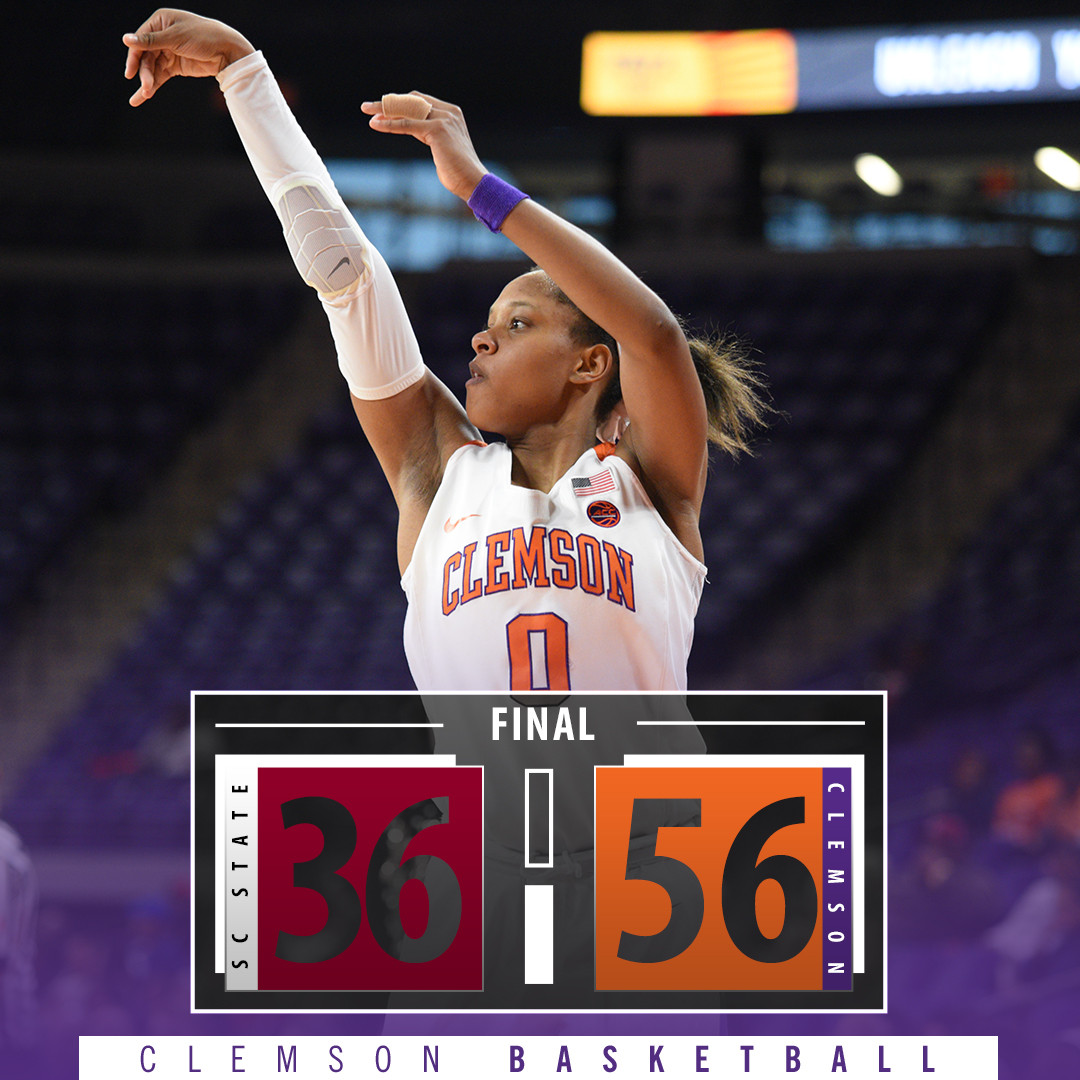 CLEMSON, S.C. – Defense and three-point shooting lifted the Clemson women’s basketball team to a 56-36 victory over SC State on Sunday afternoon at Littlejohn Coliseum. With the win, the Tigers improved to 9-2 on the season, while the Bulldogs fell to 3-6.

After a slow start which saw the Bulldogs leading 12-11 at the end of the first quarter, the Tigers picked up the intensity in the second behind the play of junior Nelly Perry. Perry scored 12 points in the period which included a 3-for-4 performance from three-point range. The Clemson defense forced nine SC State turnovers and tallied five steals, while holding the Bulldogs scoreless for the entire second period.

The defensive excellence continued into the second half for the Tigers, as they kept SC State off the scoreboard until a field goal at the 3:51 mark. In all, the Bulldogs did not score for 17:25, from the 1:26 mark in the first quarter until 3:51 in the third. Through three quarters, Clemson held SC State to 16.7% from field goal range (6-for-36). The Bulldogs were 8-for-17 in the final period to finish the game shooting 26.4%. The Tigers also forced 22 SC State turnovers in the game.

Perry led all scorers with 17 points and also added four rebounds and three assists to the Tiger cause. Freshman Jaia Alexander finished in double figures for the second-straight game, with 10 points. Freshman Chyna Cotton grabbed a team-high six rebounds and junior Victoria Cardaci and sophomore Aliyah Collier picked up three steals apiece. As a team, the Tigers shot 9-for-21 for 42.9% from three-point range in the game.

Clemson travels to Jacksonville, Ala. for its final game before the holiday break on Wednesday, Dec. 21 at Jacksonville State. The game between the Tigers and the Gamecocks tips at 7 p.m. ET (6 p.m. CT).