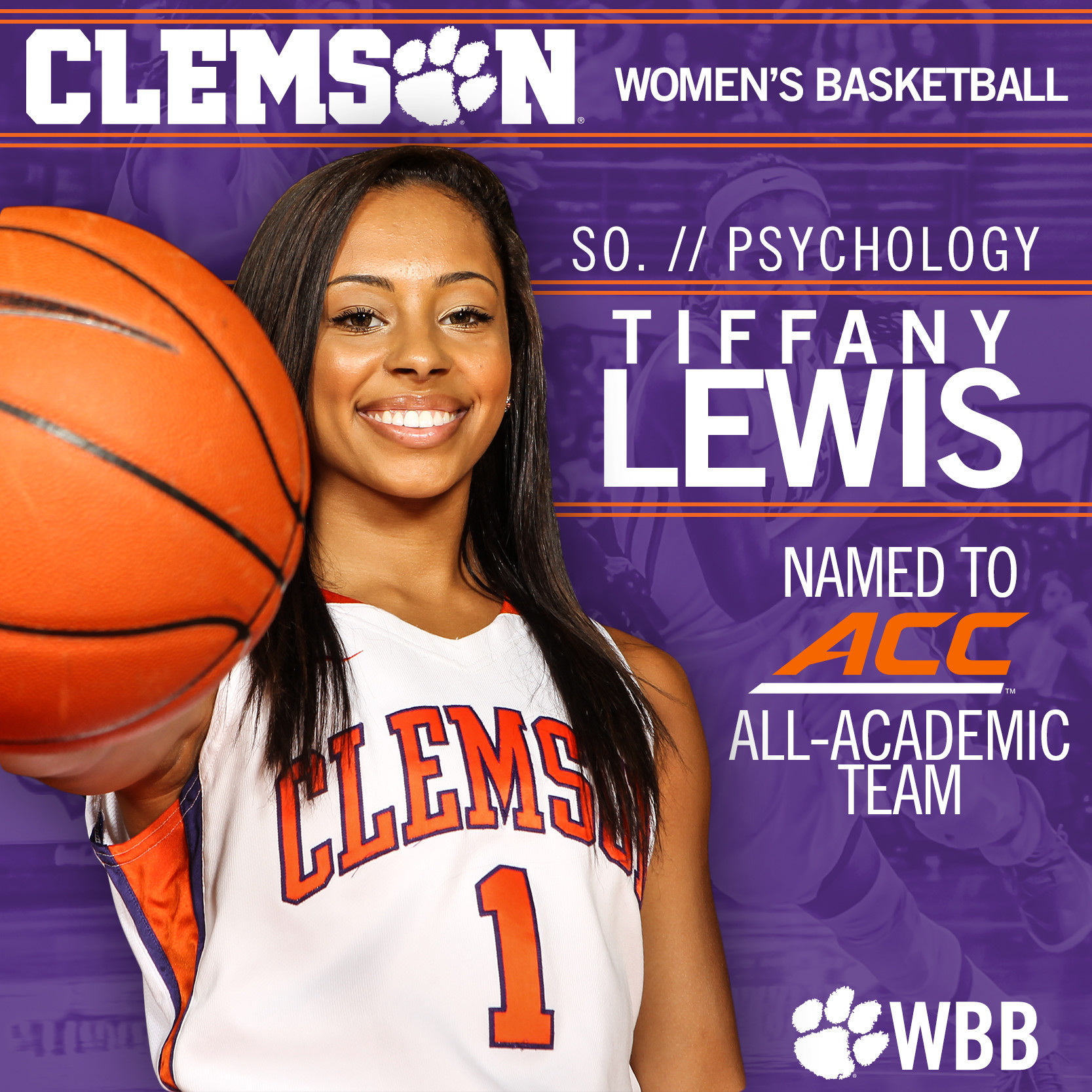 GREENSBORO, N.C. – Tiffany Lewis, a sophomore psychology major from Murfreesboro, Tenn., has been named to the 2015 Women’s Basketball ACC All-Academic Team as announced by the conference office on Friday. Lewis sports a 3.21 GPA in psychology, and was third on the team in scoring this season, averaging 8.4 points per game.

Lewis, a transfer from Chipola Community College, hit a team-high 50 three-pointers this season and scored in double-figures 11 times. It is the fifth straight year that at least one Clemson player has made the list, and Lewis is the seventh Tiger all-time to be named to the team, now in its 18th year.

Lewis is the 41st academic All-Conference honor that Audra Smith has coached in her 12-year career, and the second Tiger, joining Kelly Gramlich, who made three straight teams from 2012-14.

To be eligible for consideration for the All-ACC Academic Team, a student-athlete must have earned a 3.0 grade point average for the previous semester and maintained a 3.0 cumulative average during her academic career.