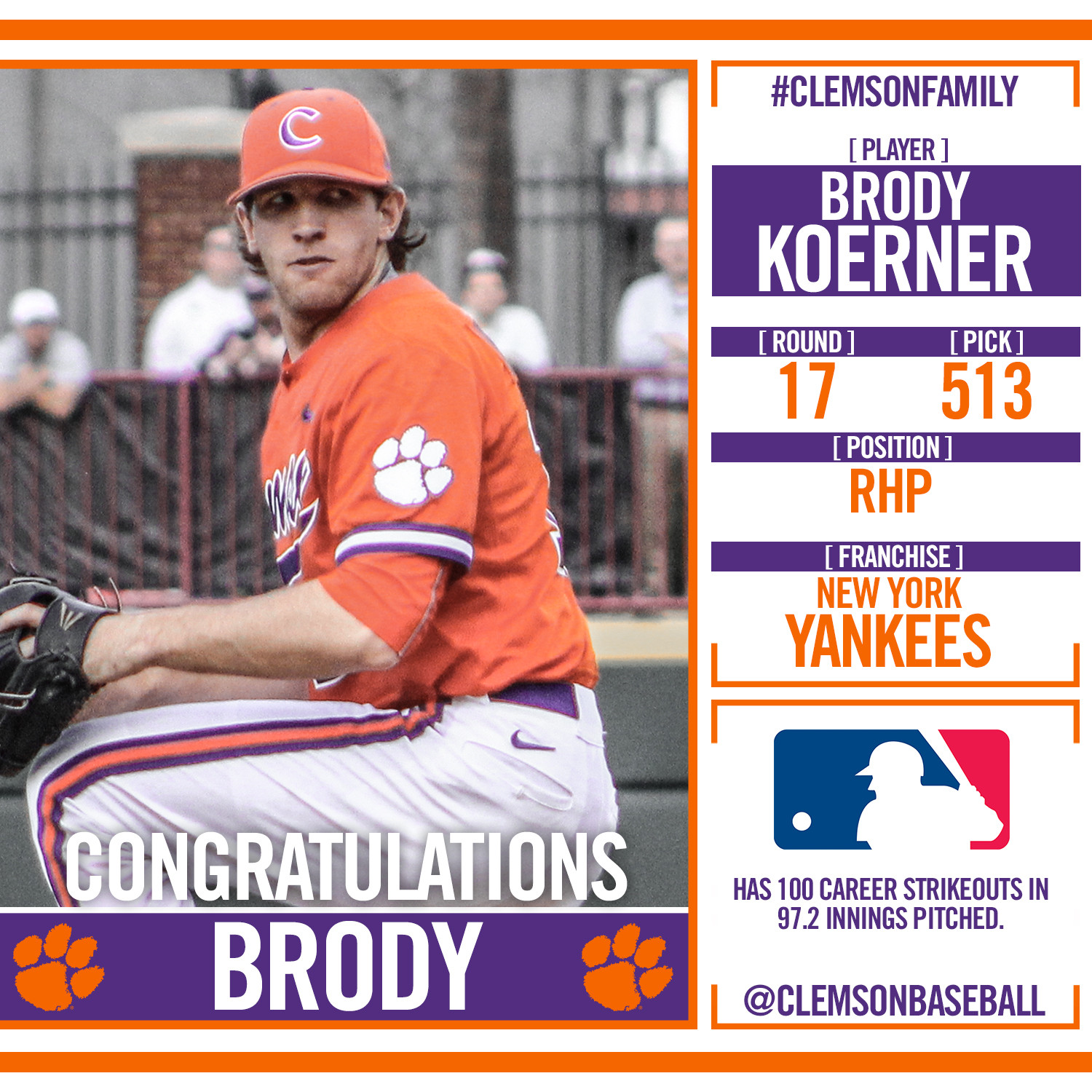 CLEMSON, S.C. – Three current Tigers and one Clemson signee were chosen on the final day of the Major League Baseball draft Wednesday. Junior righthander Brody Koerner (Concord, N.C.) was selected in the 17th round (No. 513 overall pick) by the New York Yankees, junior righty Clate Schmidt (Acworth, Ga.) was picked in the 32nd round (No. 951 overall) by the Boston Red Sox and sophomore Eli White (Easley, S.C.) was chosen in the 37th round (No. 1117 overall) by the Pittsburgh Pirates.

Koerner, Schmidt and White joined fourth-round picks Zack Erwin and Tyler Krieger along with sixth-round selections Steven Duggar and Matthew Crownover as the seven current Tigers drafted in 2015. Clemson’s seven draft picks tied for 16th most in the nation and tied for most in the ACC.

Koerner, the first Tiger drafted by the Yankees since 2009 (Graham Stoneburner), totaled 63 strikeouts against only 22 walks in 62.0 innings pitched over 16 appearances (12 starts) in 2015. Koerner pitched a four-hit shutout in Clemson’s 7-0 win at No. 8 South Carolina on March 2.

White, the first Tiger drafted by the Pirates since 2008 (Ryan Hinson), was a Brooks Wallace Shortstop-of-the-Year Award Watch List member and a Third-Team All-ACC selection in 2015. He hit .297 with 44 runs, seven doubles, three triples, four homers, 29 RBIs, a .380 on-base percentage and 11 steals in 61 starts at shortstop.