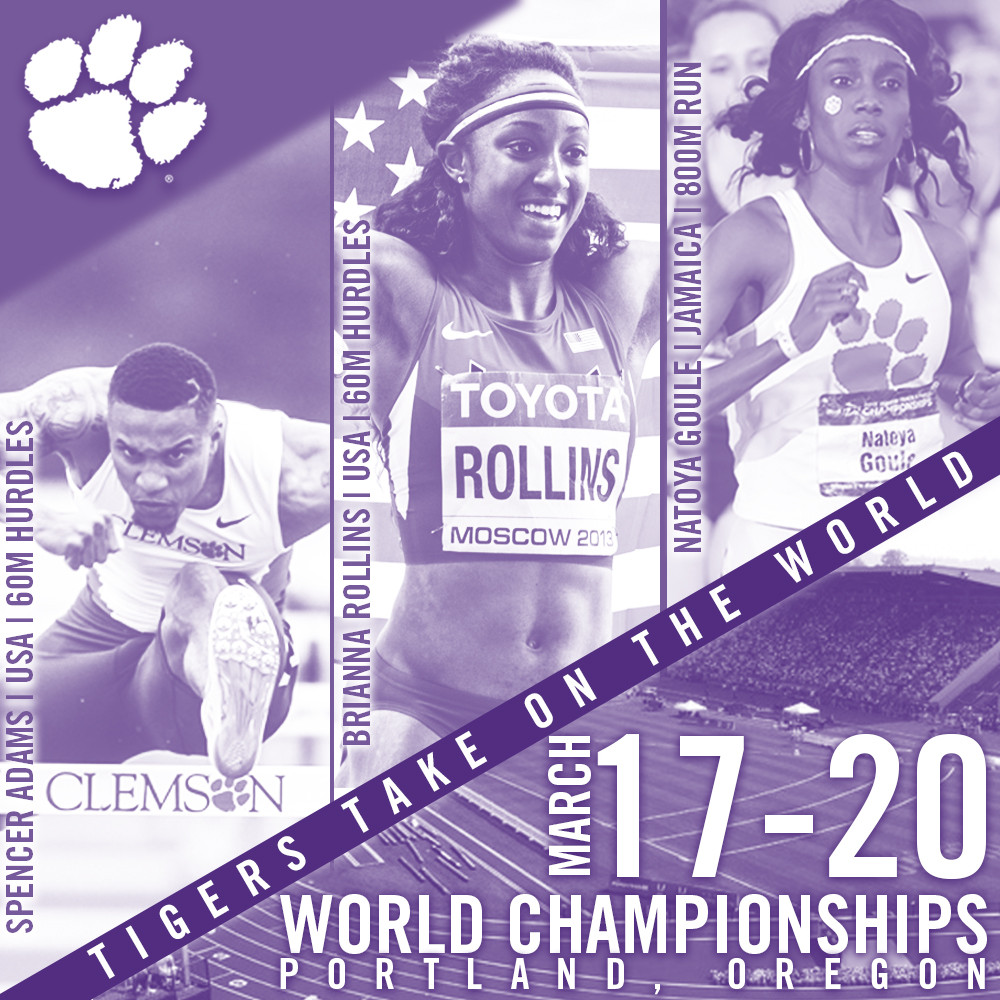 Headlining the group is one of Clemson’s most decorated athletes in history, Brianna Rollins, the 2013 IAAF World Champion and American record-holder in the 100 hurdles. She will be joined by Spencer Adams and Natoya Goule. All three athletes earned undergraduate degrees from Clemson.

Rollins established the leading time in the world by capturing the USA Indoor Championship last weekend in Portland in the 60 hurdles. The Miami, Fla., native ran 7.76, edging former teammate Keni Harrison at the finish line. Rollins’ title was her first USA Indoor title and second overall after winning the 2013 outdoor crown in the hurdles.

Rollins was a three-time NCAA Champion and set both the indoor and outdoor national records in the hurdles as a senior in 2013. All three rounds of the women’s 60 hurdles will be held Friday, with the final set for 11:30 p.m. ET.

Adams was a five-time All-American for the Tigers from 2008-13. He was silver medalist last weekend in Portland in the men’s 60 hurdles, earning his first spot on Team USA. He ran a time of 7.58 in the final, tied for 11th in the world this season. Adams will run the preliminary round at 8:05 p.m. ET on Saturday, with the semifinals and final scheduled for Sunday.

Goule, currently a volunteer assistant for the Tigers, ran a personal best 1:59.63 en route to winning her third straight Jamaican national championship in the women’s 800 meters last summer. She was the 2015 NCAA Indoor Champion in the event in her lone season as a Clemson Tiger. Goule is set for the prelims on Saturday at 2:15 p.m. ET, with the final on Sunday.

Head coach Mark Elliott will also be in Portland in a coaching capacity for his native country of Jamaica.