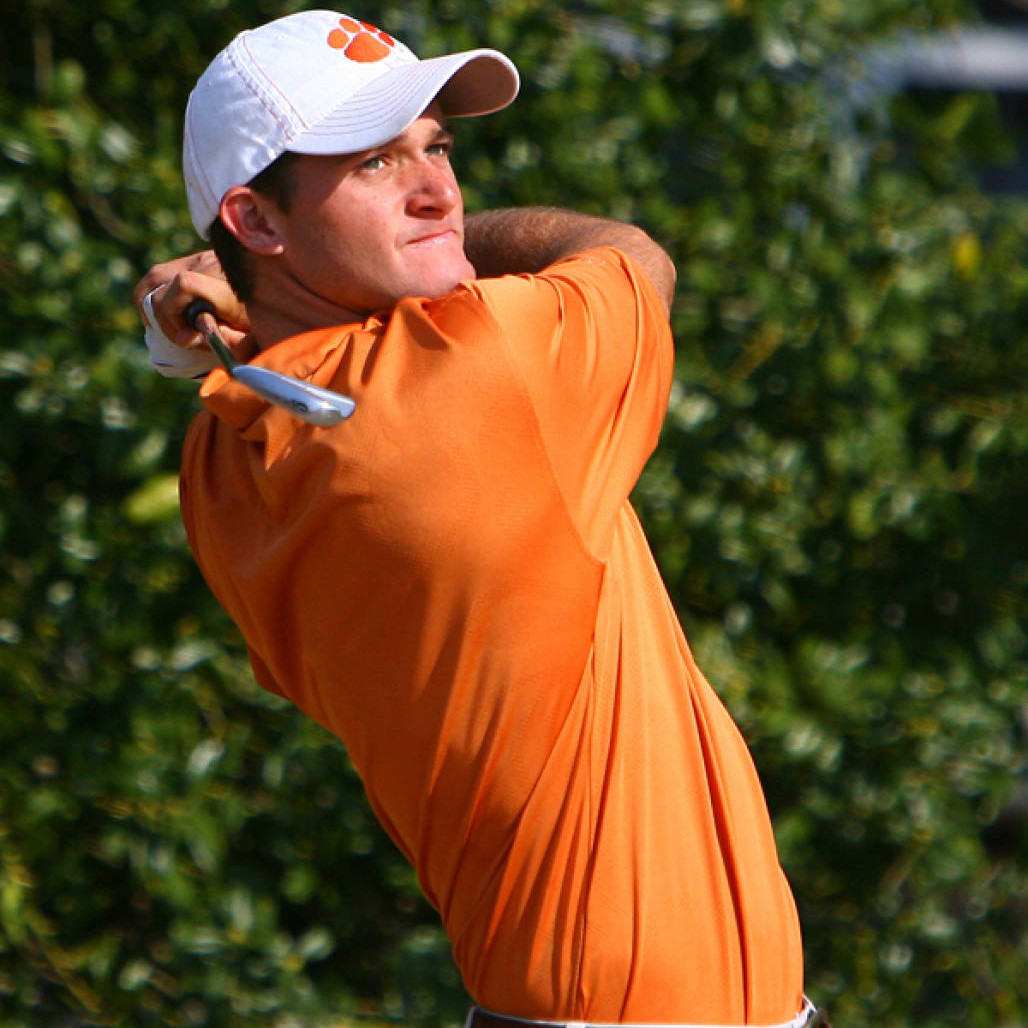 CLEMSON, S.C. – Former Clemson golfer Sam Saunders had consecutive rounds of six-under-par 66 at the United States Open Sectional Qualifier in Columbus, Ohio on Monday  and will play in  the 2015 United States Open in two weeks at Chambers Bay in University Place, Wash.  Saunders will be joined by former Clemson golfers Ben Martin and Lucas Glover, who were already  exempted into the prestigious professional major.

Saunders’s performance on Monday was a bit unexpected in that he was coming off rounds of 76-80, a missed cut, at the Memorial Tournament on the PGA Tour.  Saunders is in his first year as an exempt member.

But, on Monday, Saunders switched to his caddie’s  (Travis McAlister) irons and shot 12-under-par for the two rounds combined.  In his first round of the day he had eight birdies.  In his second round he had four birdies, two eagles and two bogeys.  He tied for the low 36-hole score for day at the site with Michael Putnam, his playing partner.

Saunders played at Clemson from 2005-08 and was a teammate of Martin during that time.  They combined with All-American Kyle Stanley to lead Clemson to a fifth place national finish in 2008.