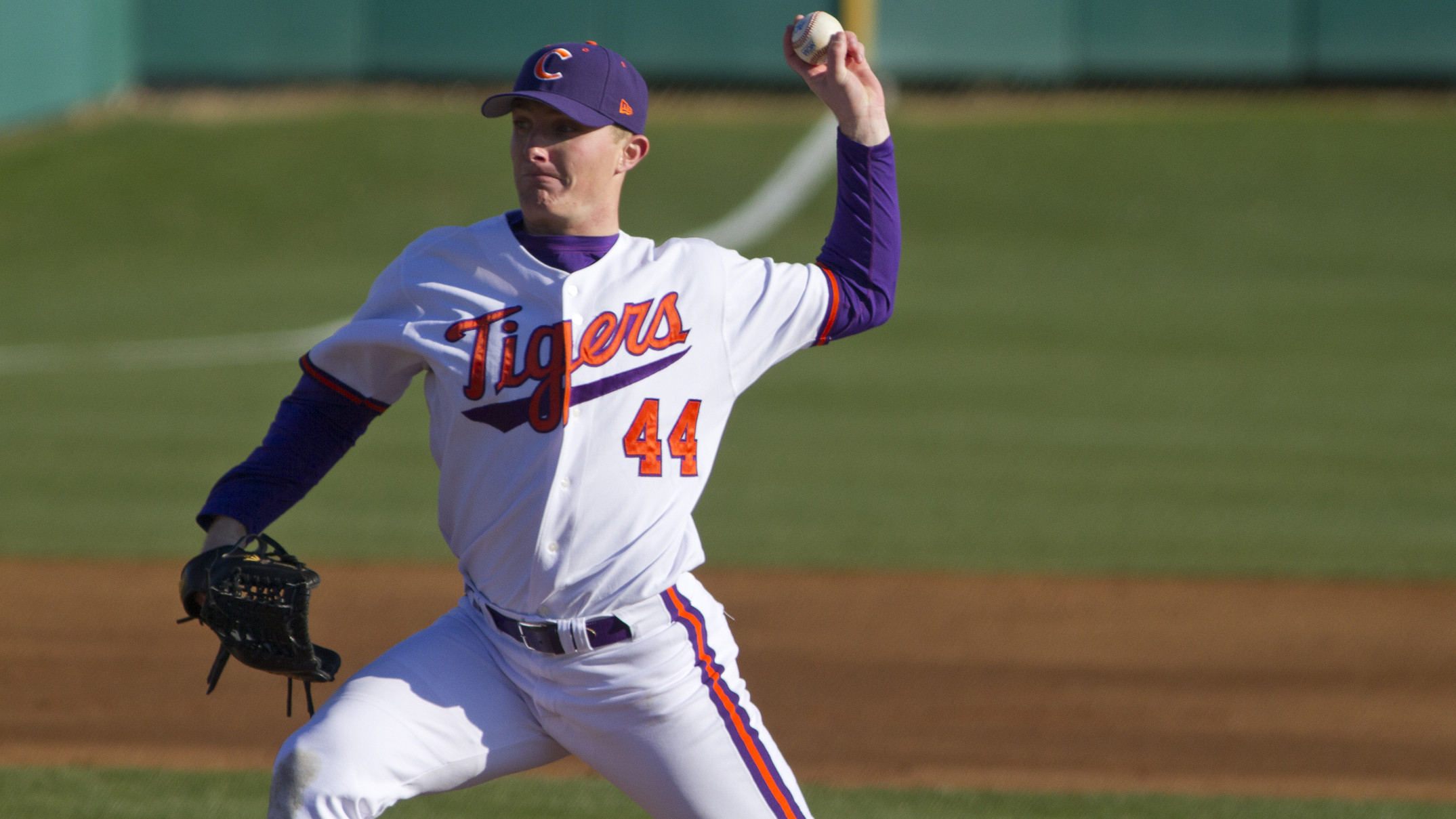 Freshman lefthanders Matthew Crownover and Zack Erwin along with sophomore righty Kyle Schnell, all first-year Tigers, combined to allow just five hits, one unearned run, and no walks with four strikeouts to lead Clemson to a 3-1 win over Charleston Southern at Doug Kingsmore Stadium on Wednesday afternoon.  The Tigers, who improved to 17-0 all-time against Charleston Southern, upped their record to 10-5 on the season.  The Buccaneers fell to 8-10 in 2013.

The Tigers scored two runs in the first inning, then both starting pitchers settled in and did not allow a run during the next five innings.  The Tigers added an insurance run in the seventh inning, then Charleston Southern scored a run in the eighth inning and had two runners in scoring position before Schnell induced an inning-ending flyout.  Charleston Southern then put two runners on base in the ninth inning with one out before the Tigers turned a game-ending double play.

Crownover (2-0) earned the win by tossing 6.0 scoreless innings.  He gave up just three hits and no walks with two strikeouts in throwing 68 pitches (52 strikes).  Erwin allowed one unearned run in 1.2 innings pitched, then Schnell recorded his first career save by pitching 1.1 hitless and scoreless innings with one strikeout.

Andrew Tomasovich (0-3) pitched a complete game, but suffered the loss.  In 8.0 innings pitched, the lefthander yielded only four hits, three runs, and two walks with five strikeouts.  During one stretch, he retired 16 batters in a row.

The Tigers took the game’s first lead with two runs in the first inning.  Thomas Brittle led off with a walk on four pitches and Jay Baum reached on a bunt single.  Both runners stole a base and Steve Wilkerson plated Brittle on a groundout to second.  Later in the inning with two outs, Baum scored on a wild pitch.

In the seventh inning, Shane Kennedy lined a two-out single to right field and Jon McGibbon walked.  Tyler Krieger followed with a double down the left-field line to score Kennedy.

Chase Shelton led off the eighth inning with a single to right-center and Robbie Streett reached on an error.  Three batters later with two outs, Bobby Ison lined a double to right field to score pinch-runner Austin Hicks.  But with runners on second and third, Jaren Sustar flied out to right to keep Clemson ahead 3-1.

In the ninth inning, Brian Welch reached with one out on a throwing error and Alex Tomasovich was hit-by-pitch.  But Hicks grounded into a 4-6-3 double play to end the game.  It was Clemson’s third double play of the contest.

Baum, Kennedy, McGibbon, and Krieger all had one hit apiece for Clemson, who totaled four hits in the contest.

Ison went 2-for-4 with two doubles and an RBI to pace Charleston Southern, who amassed five hits.

Clemson will host #12 Virginia in a three-game series at Doug Kingsmore Stadium starting Friday at 6:30 PM.  All three games will be available live via webcast on ESPN3.