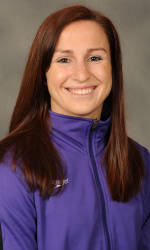 CLEMSON, SC – Three Clemson student-athletes were inducted into South Carolina’s Delta Chapter of Phi Beta Kappa in a ceremony held at the Strom Thurmond Institute on Friday, March 30. Swimmers Kerry McLaughlin and Maddie Tarantolo and football player Dawson Zimmerman were recognized for their academic excellence by being inducted into the prestigious honor society.

McLaughlin, a senior from Chapel Hill, NC, holds the 10th-best time in Clemson history in the 200 backstroke. The biological sciences major recorded personal-best times in the 200 IM, 400 IM and 200 back at the 2011 ACC Championships. McLaughlin was second among all Tiger swimmers in the 200 and 400 IM in 2011-12.

Tarantolo ranks third in Clemson record books in the 100 fly, sixth in the 200 IM and seventh in the 50 free. The Austin, TX native also swam the third leg for the 200 medley relay team that holds the top time in Clemson program history. The senior majoring in communication studies recorded the Tigers’ best time in the 100 breast (1:05.98) in 2011-12.

Zimmerman, an English major, was a Ray Guy Award semifinalist in 2010 and a Lowe’s Senior Class Award and Wuerffel Trophy finalist in 2011. The senior from Lawrenceville, GA averaged 41.8 yards per punt with a 38.4 net in 2011. He finished his Clemson career sixth in gross punting average, but his individual net punting average is second behind all-time great Dale Hatcher.