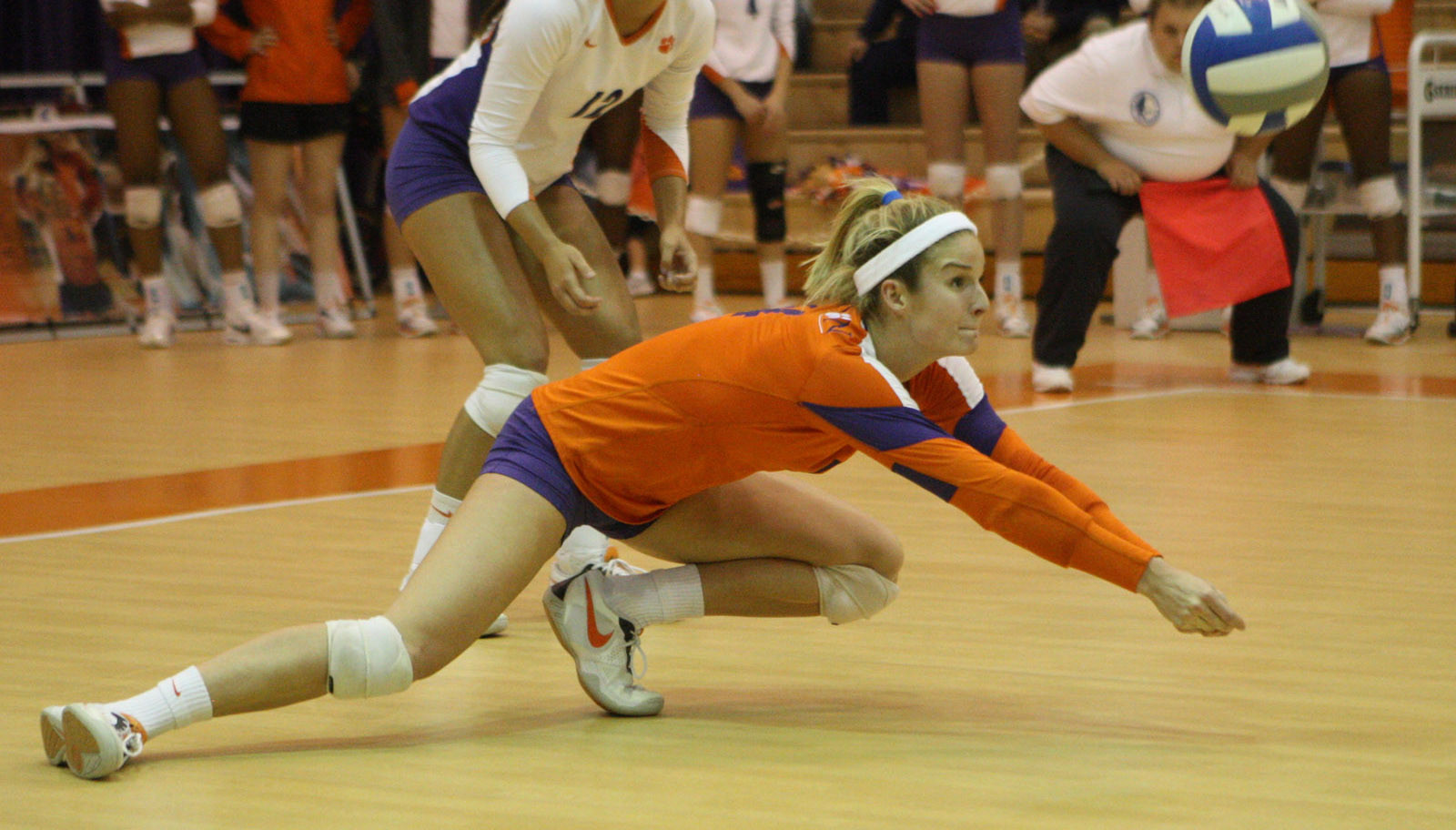 GREENSBORO, NC – Three members of the volleyball team have been named to the 2012 Volleyball All-ACC Academic team announced by the league office on Thursday. Natalie Patzin, Alexa Rand, and Sandra Adeleye are all members of the group and have earned the honor more than once.

Patzin, a senior bioengineering major from Naperville, IL, was named to the team for the fourth consecutive season. She was a four-year starter for the Tigers on the court, and is third in Clemson history in career digs (1460) and is fourth in career digs per set.

Rand, a senior Special Education major from Mentor, OH earned the honor for the third time in her career. She was an All-ACC selection on the court in 2011 and closed her career second in ACC history in blocks per set and was second in Clemson history in total blocks and block assists.

Adeleye, an English and psychology major from Katy, TX, earned the recognition for the second time in her career. Adeleye was a four-time All-ACC selection on the court as well, the first Clemson player to accomplish that feat.

Earlier this month, Patzin and Rand were also selected for the ACC’s prestigious Weaver-James-Corrigan Postgraduate Scholarship. They became just the second set of teammates in Clemson history to earn the award in the same season, and the first from the volleyball program since Meagan Steiner was honored in 2008.

To be eligible for consideration for the All-ACC Academic Team, a student-athlete must have earned a 3.00 grade point average for the previous semester and maintained a 3.00 cumulative average during her academic career.