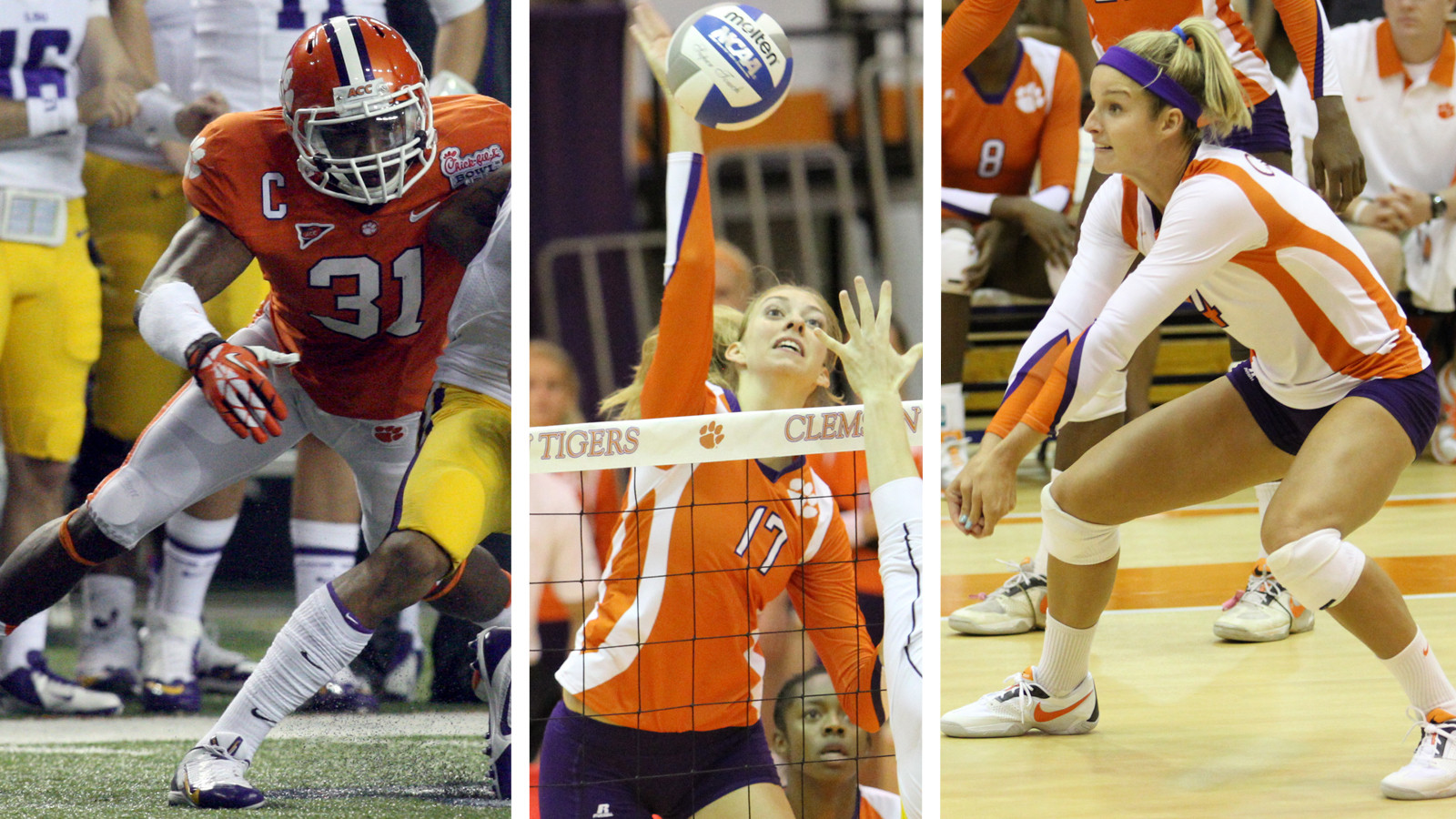 GREENSBORO, NC – Clemson student-athletes Rashard Hall (football), Natalie Patzin (volleyball) and Alexa Rand (volleyball) will be recipients of various scholarship awards by the Atlantic Coast Conference during the league’s annual Postgraduate Awards Scholarship luncheon in Greensboro on April 17.  The event will take place at the Guilford Ballroom of the Sheraton Greensboro at the Four Seasons.

Overall, the ACC announced it will honor 41 student-athletes from member institutions this year.  The Weaver-James-Corrigan Scholarship is named in honor of former league commissioners Jim Weaver, Bob James and Gene Corrigan.  The Thacker Award, which originated in 2005, is given in honor of the late Jim and Pat Thacker of Charlotte.  Jim Thacker was the noted play-by-play announcer for ACC basketball for many years.  Recipients of the Thacker Award intend to further their education through postgraduate studies at an ACC institution.

Hall, a native of St. Augustine, FL, was a four-year starter on the Clemson football team and helped Dabo Swinney‘s team to 36 wins in four years.  He had over 300 tackles between 2009-12 and finished his career in the top five in Clemson history in interceptions and total takeaways.

Hall completed his undergraduate degree in marketing in just three years and was named one of 30 national semifinalists for the Senior CLASS Award presented by the NCAA.  He has been named Academic All-ACC three times and has spent countless community service hours in the Clemson and Greenville area.

Hall is the first Clemson male athlete to win the Thacker Award.  He is the fourth Clemson football player to be recognized with an ACC postgraduate scholarship since 2007.  The others are Thomas Hunter (2007), Jimmy Maners (2009), Mike Wade (2011) and Dawson Zimmerman (2012).

Patzin and Rand are the second duo from the same Clemson team to receive a Weaver-James-Corrigan Scholarship in the same year.  It also happened in 2011 when Stephanie Buffo and Patricia Mamona from the women’s track and field team accomplished the feat.  It is the first time a Clemson volleyball player has been honored since 2000 when Allison Coday won an ACC Postgraduate Scholarship.

Patzin, a bioengineering major from Naperville, IL was a four-year starter for the Tigers on the court.  She was a three-time Academic All-ACC performer.  She is third in Clemson history in career digs (1460) and is fourth in career digs per set.  Patzin is currently preparing for medical school.

Rand, a special education major from Mentor, OH, is a two-time Academic All-ACC selection and was an All-ACC selection on the court as well in 2011.  She closed her career second in ACC history in blocks per set and was second in Clemson history in total blocks and block assists.  Rand is also very active in community service work.