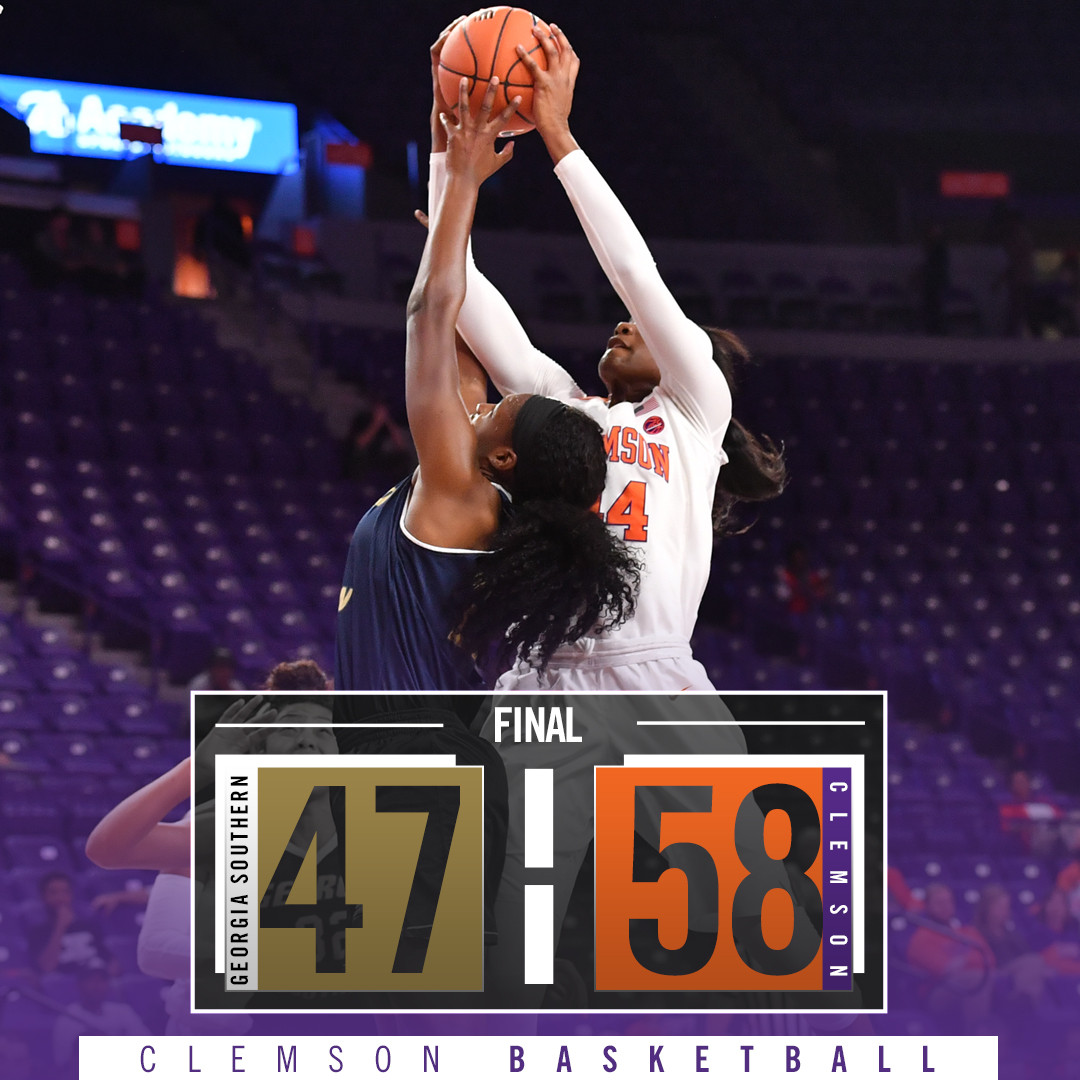 CLEMSON, S.C. – Freshman Kobi Thornton recorded her first career double-double just four games into her Tiger career, leading Clemson to a 58-47 victory over Georgia Southern on Wednesday evening at Littlejohn Coliseum. With the win, the Tigers improved to 3-0, marking the first time the program has started the season 3-0 since 1998-99. The loss was the first of the season for the Eagles, who fell to 2-1.

Thornton finished the game with 16 points and 11 rebounds, both career highs for the rookie from Shellman, Ga. on a 7-for-11 performance from the floor. Sophomore Aliyah Collier and junior Victoria Cardaci were also in double figures for the Tigers with 12 points apiece. All 12 of Collier’s points came in the second half.

As a team, the Tigers outrebounded the Eagles, 42-40, including 20-13 on the offensive glass, and also forced 20 Georgia Southern turnovers. After they opened the game 4-for-11 from three-point range in the first period, Clemson held the Eagles to just 1-for-13 for the remaining three quarters.

Clemson hits the road for the first time this season, as it travels to West Long Branch, N.J. to face Monmouth on Saturday, Nov. 19. Tipoff is set for 1 p.m. against the Hawks.