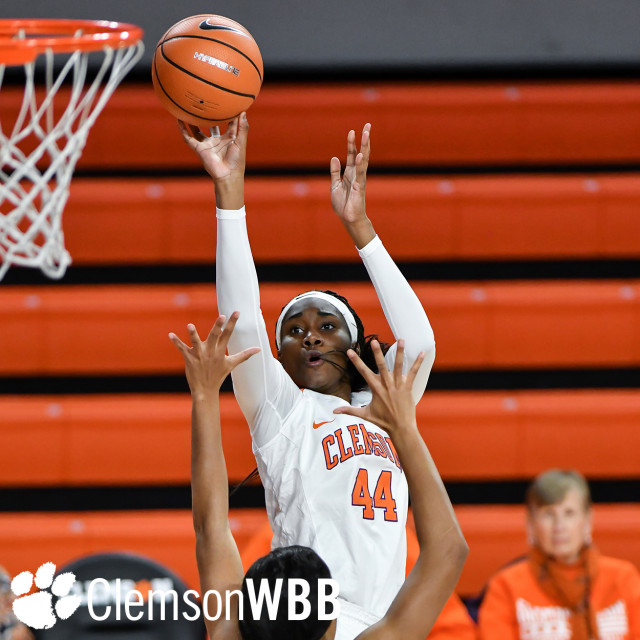 Thornton Ties Career-High, but Tigers Fall to Orange Thursday on the Road

Syracuse got out to a fast start and built up a 14-2 lead to start the game when Head Coach Audra Smith called a timeout with 5:36 remaining. After making just one of their first 10 shots, the Tigers made six of their next ten after the timeout, and trailed 26-16 at the end of the first quarter.

The Orange went on a 16-2 run to start second half, and outscored the Tigers 26-8 in the period and 41-20 in the half. Thornton finished the game with 20 points, tying her career high, making 9-for-16 from the floor, and recorded two of the Tigers’ six blocked shots in the game. Senior Alexis Carter led Clemson with seven rebounds, and also added six points and three assists. Freshman Jenise Strover gave a solid effort off the bench, with five rebounds and four points.

Clemson returns home for its next three games, beginning with a Sunday, Jan. 28 contest against NC State. The Tigers and Wolfpack will tip off at 3 PM on Sunday at Littlejohn Coliseum. The game is designated as Superhero Day, and there will be 700 free Clemson Superhero t-shirts to give away, as well as free admission for children under 12 dressed as superheroes.