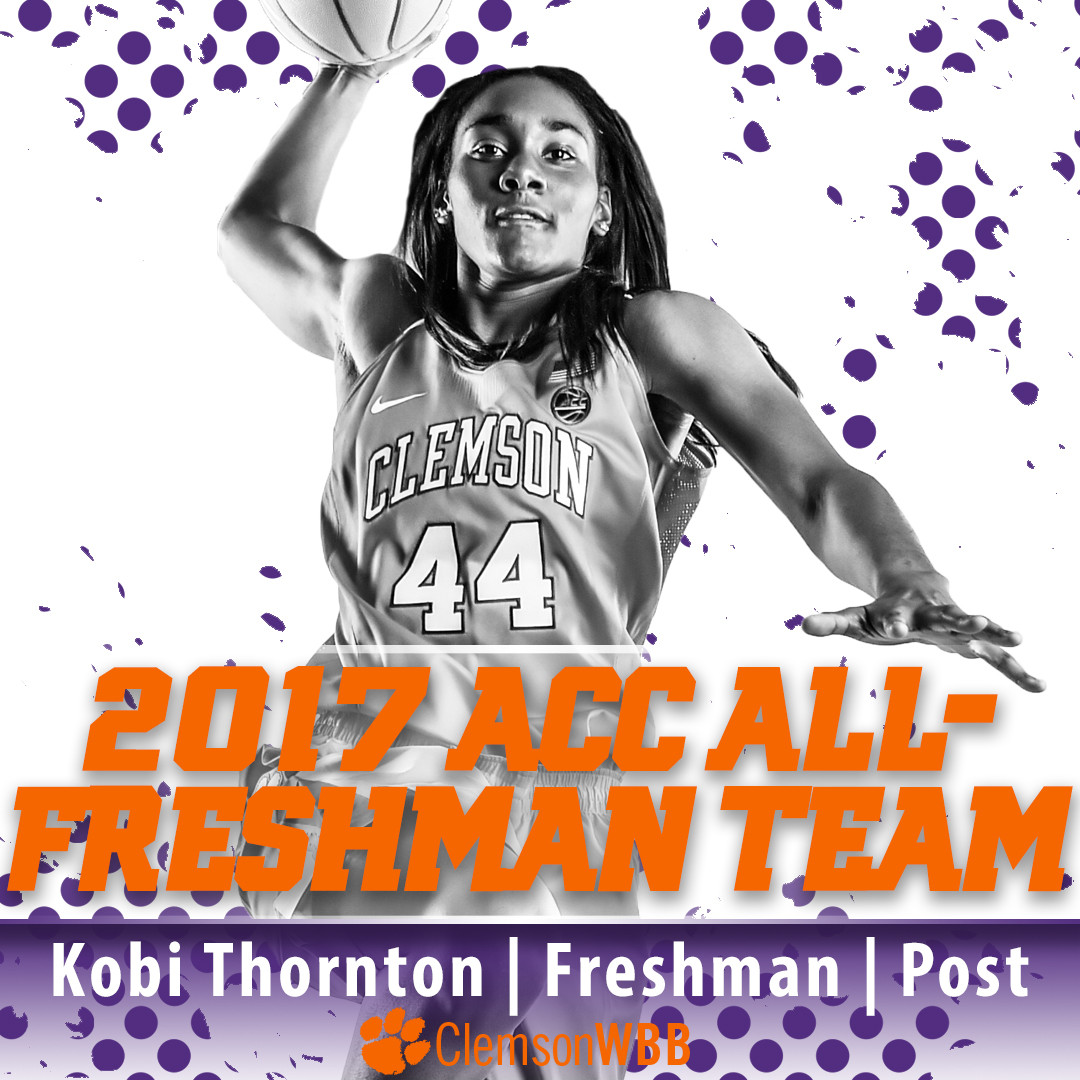 Last week, Thornton helped lead the Tigers to a 67-66 win over Virginia Tech in the first round of the ACC Tournament, the Clemson program’s first conference tournament win since 2014. Against the Hokies, Thornton scored 13 points on a 5-for-10 field goal shooting performance and also added seven rebounds and three blocked shots.

Thornton is the first Clemson player to earn ACC All-Freshman Team honors since Nikki Dixon claimed the league’s rookie award in 2012, and the first in Head Coach Audra Smith’s four-year tenure with the Tigers. Smith’s Tigers concluded the 2016-17 season in the ACC Tournament Second Round last week, finishing with a 15-16 overall record, 11 more wins than a year ago.