Baseball (@ClemsonBaseball) The 2015 Tiger baseball team starts another fall season Friday at Doug Kingsmore Stadium. Head Coach Jack Leggett welcomes 23 returning lettermen from the 2014 team, which advanced to the NCAA Tournament for the 20th time in Leggett’s 21st season at Clemson.Construction at Doug Kingsmore Stadium, which includes new seating behind home plate and a new locker room as part of a state-of-the-art facility, is underway. The team is still able to conduct practices on the Doug Kingsmore Stadium playing surface as well as the practice field beyond the right-field fence.

Football (@ClemsonFB)Record: 1-1, 0-0 ACCClemson defeated South Carolina State last Saturday, 73-7 in the home opener at Memorial Stadium. It was the most points scored by a Clemson football team since 1981 and the largest victory margin since 1957. The Tigers gained 735 yards of total offense, the third highest total in Clemson history.Artavis Scott had six receptions for 164 yards and two scores in his second game as a Tiger. He broke the freshman single game receiving yardage record that had been held by Sammy Watkins and Aaron Kelly, and earned ACC Receiver of the Week honors for his efforts.The Clemson defense held the Bulldogs to 44 yards total offense, the fewest by a Clemson opponent since 1963, and the unit recorded 14 tackles for loss.The Tigers next game is Sept. 20 at No. 1-ranked Florida State, and kickoff has been set for 8 p.m. on ABC.

Men’s Golf (@ClemsonMGolf)Clemson finished in a tie for sixth place at the 14-team Carpet Classic at The Farm in Dalton, Ga., Sunday.  Larry Penley’s team had a 54-hole team score of nine-under-par 855, just seven shots off the first place team,  three shots out of third and just two shots behind number-one ranked Alabama. Clemson tied for sixth with ninth-ranked LSU.Cody Proveaux led the Tigers with a 209 score for the three days, the lowest score of his career.  His final round 68 was the low round for a Tiger at the event and brought him to a tie for fourth place in the final standing, the highest finish of his Clemson career. Miller Capps also had a top 10 finish with a 212 score for the three days.Clemson returns to action September 19-21 at the Dick’s Invitational in Nashville, Tenn.

Men’s Soccer (@ClemsonMSoccer)Record: 1-3-0The 18th-ranked men’s soccer team played three games this past week. On Tuesday, Sept. 2, the Tigers lost to South Carolina 2-1 in Columbia. They game went to double-overtime before South Carolina netted the game-winner in the 103rd minute. Clemson then headed west, where they fell to San Diego State 2-1 on Friday and No. 17 UC Irvine 2-1 on Sunday. Clemson plays at Boston College Friday night at 7 p.m. before heading to Rhode Island for a match against Providence at 1 p.m. on Sunday.

Women’s Soccer (@ClemsonWSoccer)Record: 5-0-1The women’s soccer team was 1-0-1 last week in two games. The Tigers defeated 9th-ranked South Carolina 1-0 on the road on Friday and tied Charlotte 1-1 in double overtime on Sunday at Historic Riggs Field. Freshman forward Shannon Horgan scored the lone goal in the Tigers’ victory over the Gamecocks, while Catrina Atanda scored for the Tigers in the tie against Charlotte. Clemson returns to action Thursday, Sept. 11, when they host Drexel at 7 p.m. at Historic Riggs Field before hosting Wofford Sunday at 2 p.m.

Volleyball (@ClemsonVB)Record: 6-1The Clemson volleyball team defeated South Carolina and tournament host Winthrop, before falling to Furman in the Battle for South Carolina in Rock Hill last weekend. Senior Niki Collier and freshman Kate Federico were named to the all-tournament team. Collier led the backcourt defense, posting 51 digs in the three matches, including a career best 26 vs. Winthrop. Federico tallied 131 assists on the weekend, including 49 in the match against the Eagles, where three of her hitters recorded double-digit kills. The Tigers host three teams for the Clemson Classic this weekend, and face William & Mary on Friday, Sept. 12 at 7 p.m., and Wofford (12:30 p.m.) and Tennessee State (7 p.m.) on Saturday. 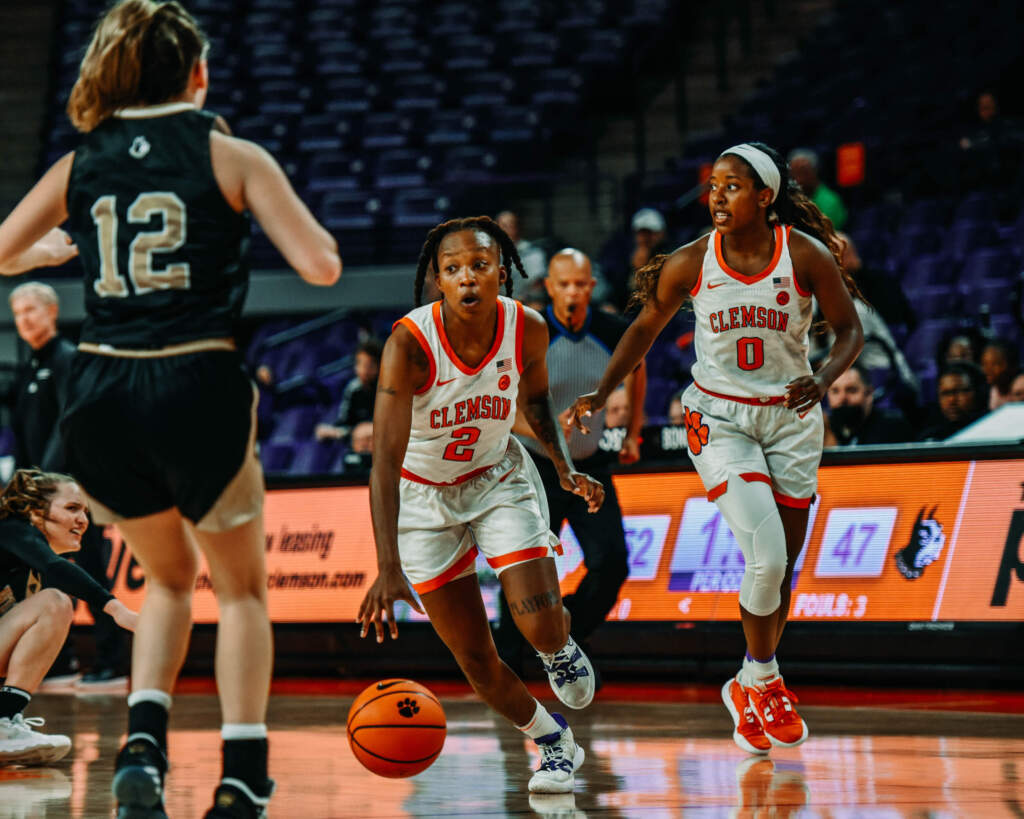 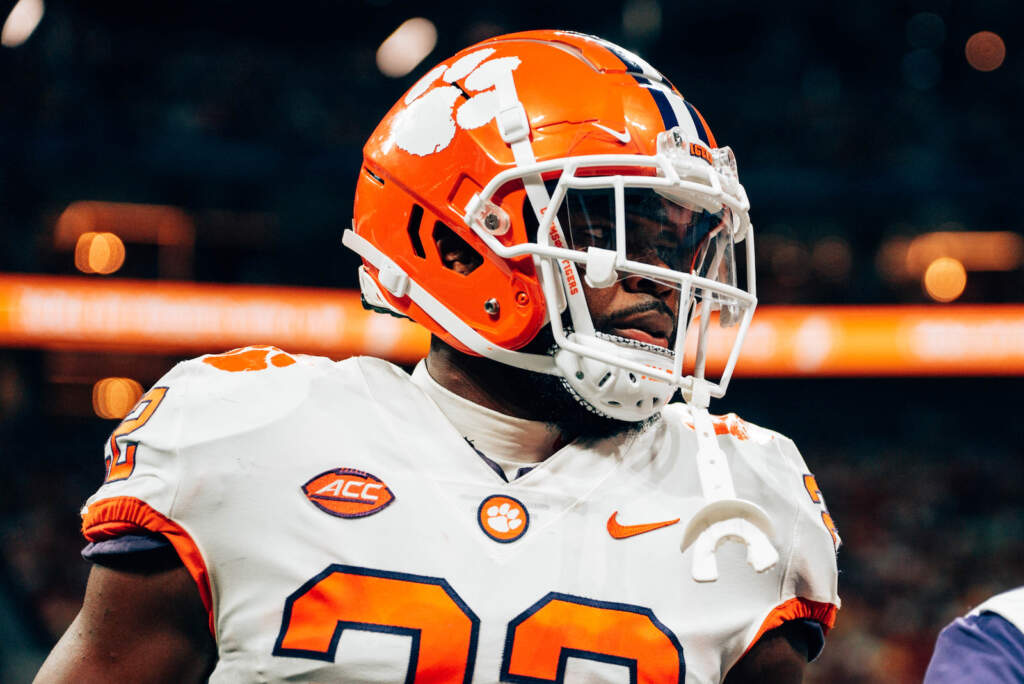 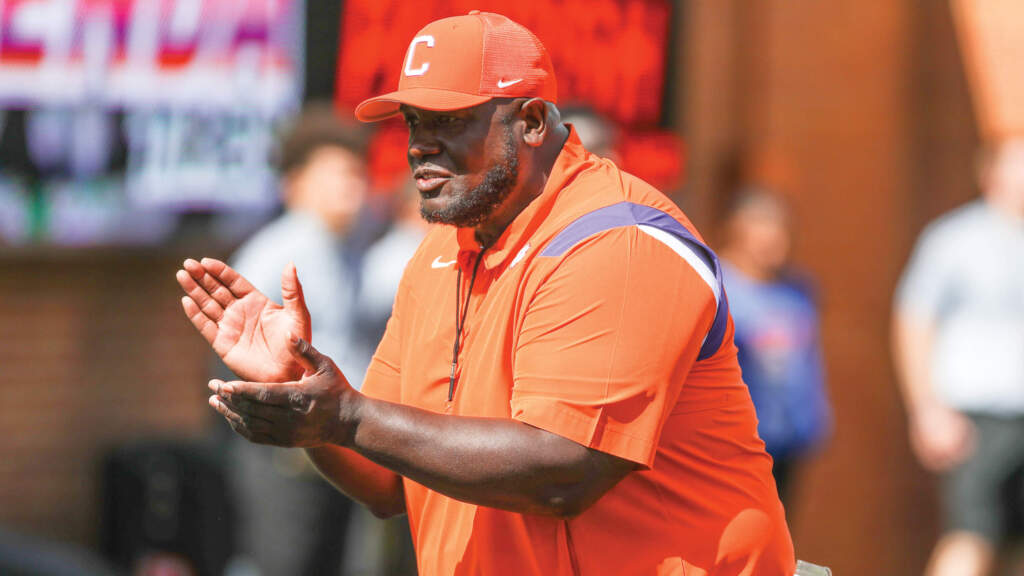 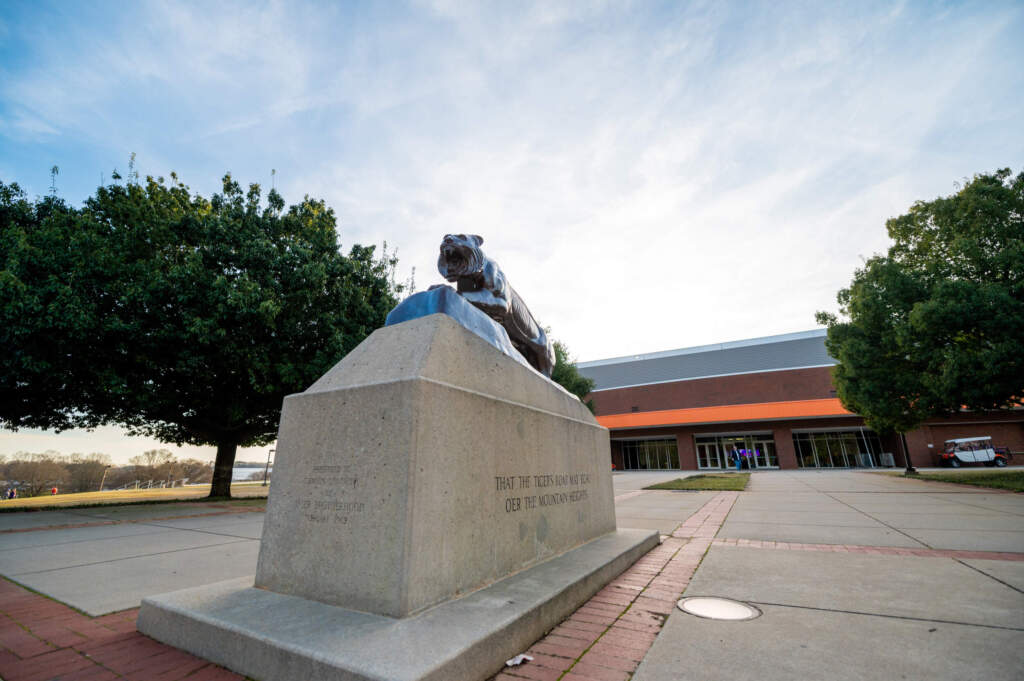