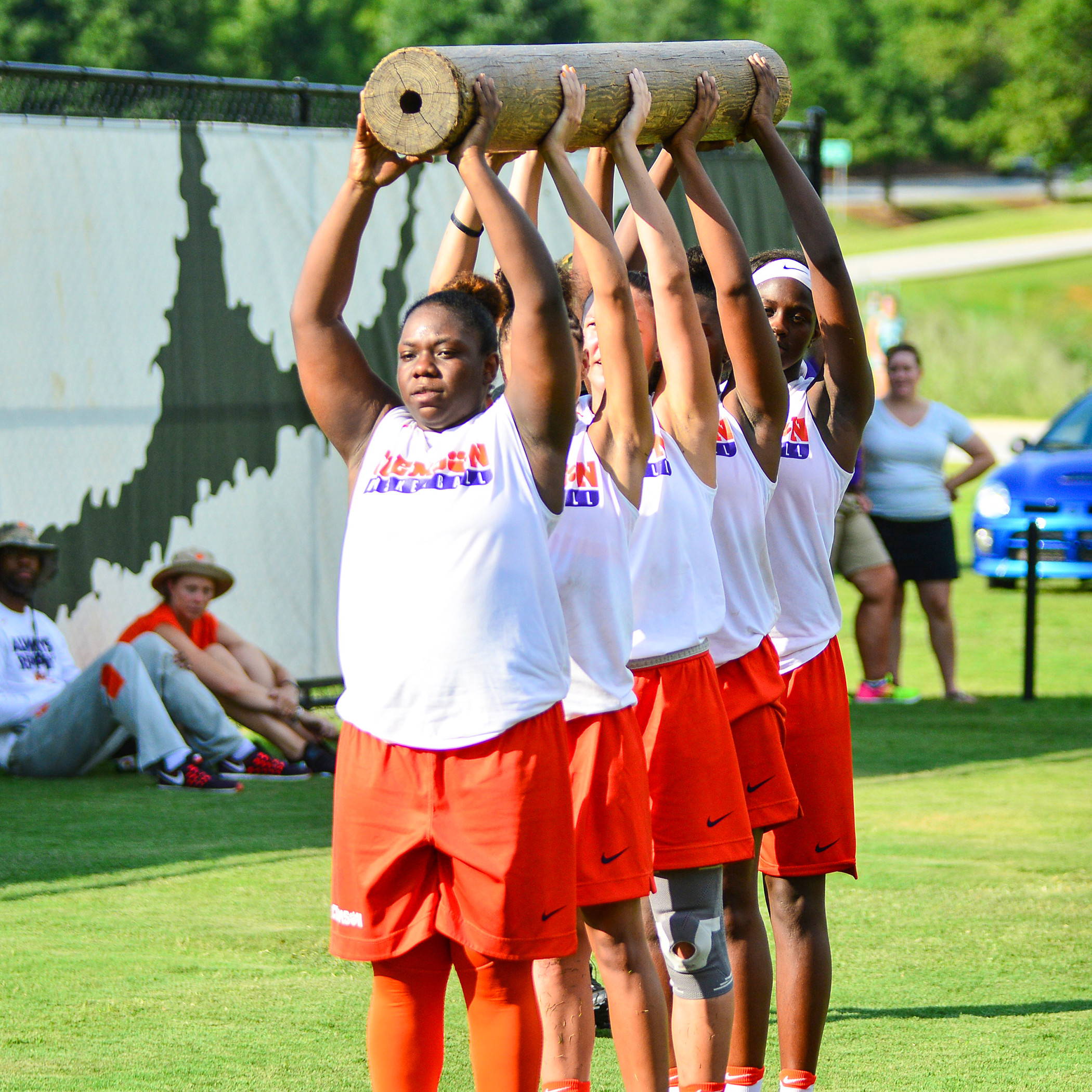 It was a question posed to the Clemson women’s basketball team at an August 2017 meeting with Cory Ross, a Marine Corps officer with multiple combat tours in Afghanistan, North Africa and the Far East.

Ross is the director of operations for The Program, an organization whose goal is to provide professional and college athletic teams with the best services for developing a championship culture. Their mission is to do so by helping them to become better leaders and more cohesive teams.

It all started with a conversation between head coach Audra Smith and then graduate manager Katie Gruys, now an assistant coach at Willamette University in Salem, Ore., after the 2017 NCAA Women’s Final Four. Gruys met the owners of The Program, saw their presentation and knew that, among a number of college women’s and men’s basketball teams, they had just come off a year working with the women’s basketball program at Mississippi State. The Bulldogs, meanwhile, had just upset Connecticut in the national semifinals, ending its 111-game winning streak and hopes for a fifth-straight national title, and played for the 2017 national championship.

“Katie put me in touch with one of the coordinators of The Program. We had a great conversation, and after hearing about their format and plan of attack in terms of helping bring teams together and giving them more toughness and more of an edge, it sounded like something we really needed,” said Smith, who is in her fifth season at the helm of the Clemson women’s basketball program.

“Knowing that we already had pretty good team chemistry, and also being that we were bringing in three freshmen who were looking to make an impact and wanting to integrate them with the rest of the team, I believed it was the perfect time. The Program could come in and help us continue moving in the right direction in terms of our culture and chemistry, and in strengthening our bond as a team.”

The next step was “Judgment Day,” which, for the Tigers, started on July 19, 2017. It was a two-day, mentally and physically-intense training session, which challenged the team to collaborate and coordinate as a group in order to achieve success in a series of different exercises and challenges.

“Throughout those two days, we learned that this team is a lot closer than we expected,” noted senior Ivy Atkism. “We had many different things thrown at us, and the funny thing was that some of them were relatively easy tasks to accomplish.

“At first, we made them a whole lot harder because of how we attacked them mentally. Once we chose to come together and found a way to work together, those tasks became a lot easier.”

“I learned, and I think we all learned, that if we collaborate and figure out a way to overcome an obstacle together, that we can do it,” added redshirt junior Francesca Tagliapietra. “There was one particular exercise when we were in the water. It was really hard at first, but then we started working together and figured out the best way was to help each other.

“It’s a lesson that definitely translates to the basketball court. During games, you don’t play by yourself, you play with your teammates, and if we are all in it together, we are going to give the best of ourselves and we’re going to succeed.”

After the “Judgment Day” exercises, the Tigers were only just getting started with The Program. Their meetings with Ross continued into the preseason and will continue throughout the entire 2017-18 season. The Clemson team and staff meet with The Program staff periodically, both in person and remotely, to continue the discussion about leadership, team building, accountability, communication and other topics designed to keep the team on track as the season progresses.

“One of the biggest changes I’ve noticed after our work with The Program is that it has helped with our accountability,” stated Smith. “It has forced people to step outside of their comfort zones and be leaders, and not just leaders by example, but vocal leaders.

“Our team chemistry has always been great off the court, but on the court, it’s been noticeably better this year. The players have been supportive of each other and recognize that we’re all in this together. They have become more mature and more understanding of vocal leadership. They know now that when a teammate gives them constructive criticism, it’s not to call them out or show them up, it’s to help them be better, so that we can be better as a team.”

Smith is not the only one who has seen changes as a result of the work with The Program.

“In the past, if we messed up a drill early on in practice, it was inevitable that it was going to be a bad practice,” said Tagliapietra. “Now, even if we mess up the very first drill in practice, we’re able to change our mindset, figure out what we did wrong in order to improve on the next drill and then finish in a good way.

How has that change in mindset come about for the Tigers? For Atkism, it comes back to that initial question by Ross…what is your “one more?”

“One of the first things we talked about with The Program was always doing one more,” she noted. “In everything we did, we were challenged to go further, to do one more…one more pushup, one more mountain climber, one more rep, one more lap, one more yard.

“As a team, we have embraced that this year, and we have done it. We’re in the gym outside of practice times, we’re doing extra conditioning and we’ve done it together. We’ve had that ‘one more’ mentality, and it has taken us pretty far already.”

Smith sees that mentality helping the team to continue on the success it started to build in 2016-17.

“These ladies got a taste of winning last year,” she said. “We were really close, one game away from being .500, and when you’re in a Power Five conference and you’re .500, there’s an opportunity for postseason. We didn’t get that opportunity last year, but knowing that there were several games that were on the table and could have been ours, and being in those situations, I think really helped us mature. We know that we’re able to persevere, fight and win.

“With that mentality and work ethic, with our talent and with the veterans and experience that we have, winning 20+ games and earning an invite to the NCAA Tournament is a reality for this team.”