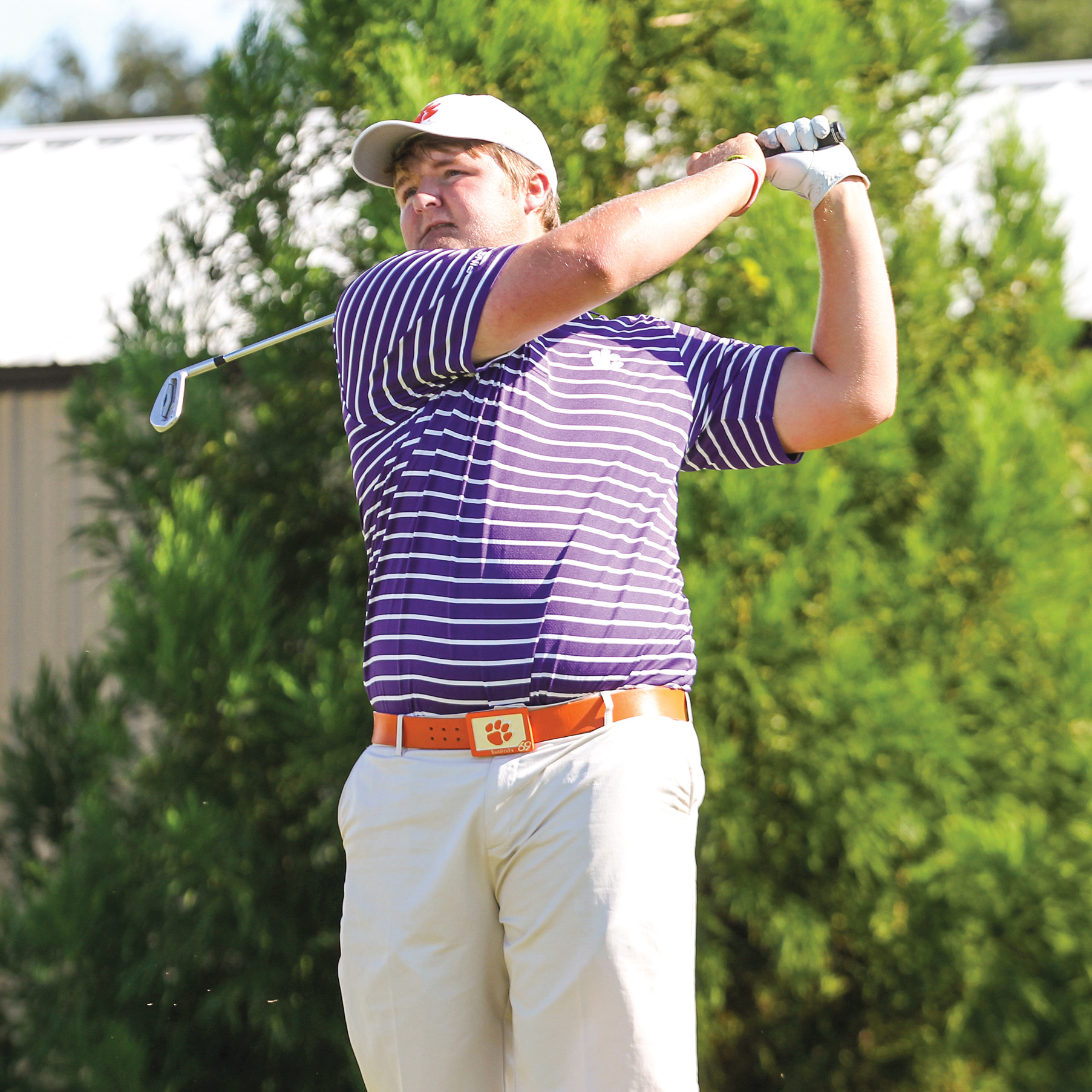 The 2014-15 Clemson men’s golf roster lists two new players, Josh Fickes and Peter Mathison. But if you look at the team picture, it appears there are three new players.

The one you might not recognize is junior Cody Proveaux, who is 46 pounds lighter than he was at the end of the 2013-14 season. He is a new person physically, and so far has been a new person on the course as well.

In early June, Proveaux began play in the Palmetto Amateur in Aiken, S.C. with a 69 and tied for 10th. He shot a 76 in the final round and fell all the way to 38th. After that final round, Proveaux knew he needed to make a change.

“There are a lot of hills at the Palmetto, and that last day I could tell I was out of shape,” admitted Proveaux. “I knew my lack of stamina was affecting my play. After that round, I told myself I needed to be in better condition.”

So the next day, Proveaux changed his diet.

“He cut out everything that was white,” said Head Coach Larry Penley, who is proud of his No. 1 ranked player this fall. “He cut all the carbs and sweets and has been on a high-protein diet. He looks great and has been our best player.”

By the end of the summer, Proveaux was scoring better in the final round compared to the early rounds, including the South Carolina Amateur, where he shot a final-round 69.

The strong play has continued for the Tigers this fall. At the Carpet Classic from September 6-8, Proveaux had the best finish of his career, a fourth-place standing against a national field with a team-best 209 score. It was the low 54-hole score of his career. And most importantly, his final-round 68 was his low score of the week.

He continued his fine play with an 11th-place finish at the Dick’s Challenge in Nashville, Tenn. and was two-under-par at the Primland Collegiate Invitational. In his first nine rounds this season, he is nine-under-par and has a team-best 70.7 stroke average.

“Cody is a team leader,” said Penley. “He has the type of personality where guys follow his lead. He has the game to be an All-American and we have seen that so far this year.”

There is no doubt Proveaux is playing with the confidence he showed when Clemson recruited him. The winner of the 2010 Jay Haas Award as the top junior player in South Carolina, Proveaux won the 2011 Junior PGA Championship at Sycamore Golf Club in Fort Wayne, Ind. when he made a 15-foot birdie putt from the fringe on the last hole.

Proveaux was also a two-time AJGA All-American and was the 2011 Rolex Junior Golfer-of-the-Year.

Proveaux has a tie to the Clemson football program that dates to his junior golf days. When he was in the seventh grade, he played on the Pelion High School golf team. One of his teammates was then junior Dalton Freeman, who went on to be an All-America center for Dabo Swinney’s Tigers.

“Dalton is a great guy and we still keep in touch. I am so happy that he has made the Jets’ squad.”

After his outstanding junior career, Penley knows what Proveaux is capable of.

“Cody played well his first two years, but I see a new attitude with him,” said Penley. “He is more focused on his academics, his course management and everything he does.”

“I am an upperclassman now, and it is time to set the bar high. I have played well so far, but when I shoot a 68, I feel like I should’ve shot a 65. I think about winning tournaments, not just finishing in the top 15.”

Penley sees that change in goal setting as something that will help the entire team.

“Cody has an infectious personality. The guys follow his lead and will help us attain our team goals.”