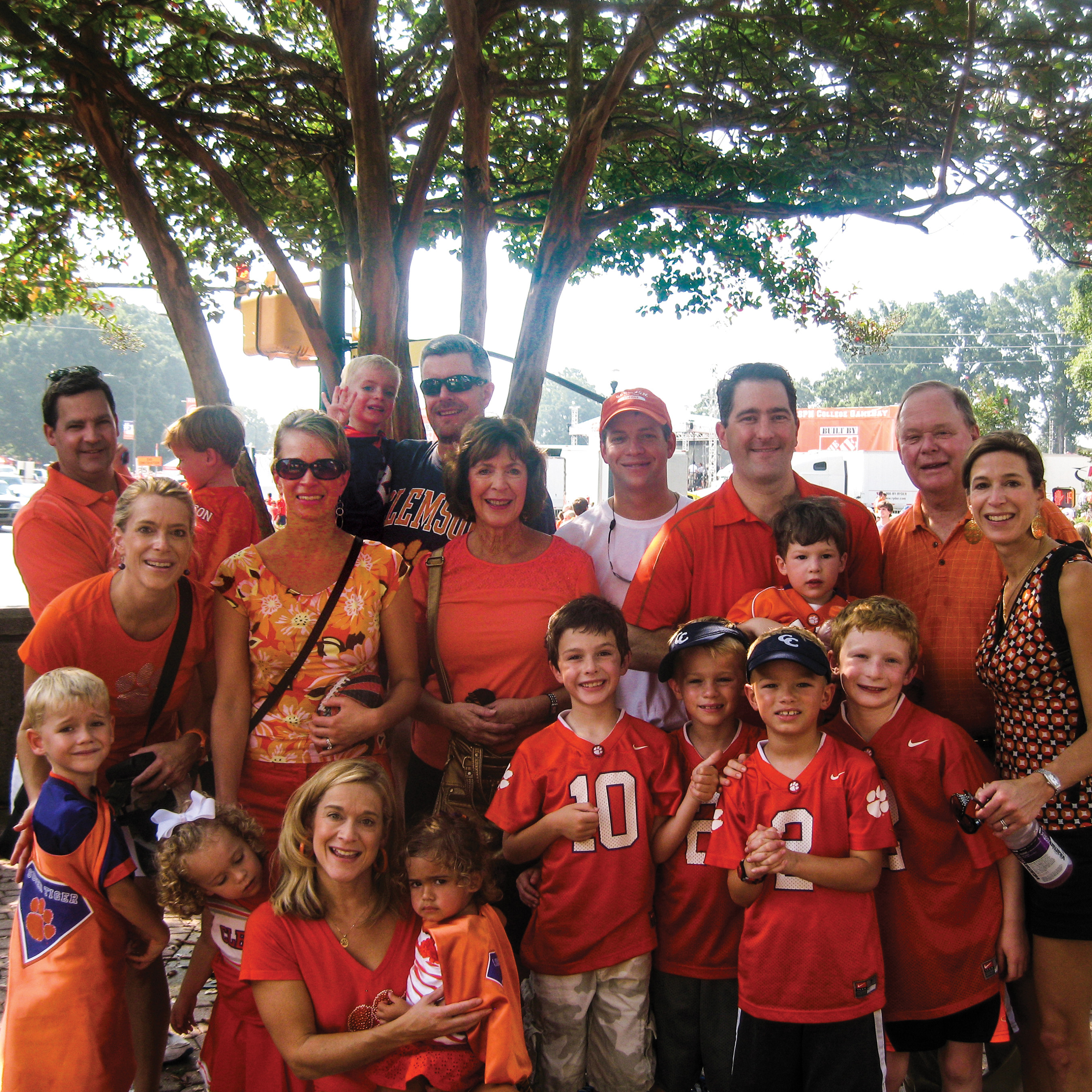 It is often said that recruiting is the lifeblood of a football program. One of the aspects that lends itself to attracting talented prospective student-athletes is top-notch facilities. Clemson has long been a leader with its facilities, on and off the field, and the trend does not appear to be letting up thanks in large part to Clemson University’s first athletics cornerstone gift.

The Hendrix family has pledged $2.5 million, the largest gift ever to Clemson athletics, toward the latest facility enhancements, including upgrades to Memorial Stadium and a new football operations center. Leon J. “Bill” Hendrix Jr., his wife, Pam, and children, Jill, Joy, Holly and Jim (all Clemson graduates, as are two of their spouses), are longtime supporters of Clemson athletics.

Bill Hendrix served as the student body president in 1963, received the Clemson Medallion in 2009, has served on the Clemson University Board of Trustees since 1995 and was chairman for three terms from 2003-09.

The cornerstone program is a vital part of the new athletic facilities initiative. With new facilities, upgrades or rebuilds planned for football, basketball, baseball, tennis, soccer and Vickery Hall, it will be the most comprehensive change to the facilities of athletics ever undertaken at Clemson.

The Hendrix family cornerstone gift is largest single pledge to Clemson athletics, pushing the family’s total giving to the university to over $5 million. The generous donations have benefitted facilities such as the Hendrix Student Center, and programs such as the Hendrix Family Endowment for the Office of Student Body President, the President’s Leadership Circle and the Pamela Maddex Hendrix Dream Jar Study Abroad Endowment.

As it relates to the Tiger football program, the Hendrix family partnered in the construction of the WestZone, indoor practice facility and endowed a scholarship for the placekicking position.

The Hendrix family cornerstone gift is simply the latest in a long line of philanthropic contributions to Tiger athletics.

“Bill and Pam, along with the entire Hendrix family, have deeply impacted the Clemson campus in positive ways for many years,” said IPTAY CEO Davis Babb. “The first cornerstone gift is a significant step for our programs, and we sincerely appreciate their passion and support for Clemson athletics.”

Not only does the cornerstone gift support the entire athletics program, but it is also part of the university’s “Will to Lead” capital campaign to raise $1 billion. The campaign is designed to support Clemson students and faculty through scholarships, professorships, facilities, technology and enhanced learning and research opportunities.

Just as the names Heisman, McFadden and Riggs are engraved and omnipresent for the programs they helped build, the names of Clemson’s cornerstone contributors will be engraved on every new and renovated athletic facility. The Hendrix family is the first of what administrators hope will be several significant philanthropic contributions in the ever-changing world of college athletics.

As the competitive landscape continues to evolve, the Tiger program must stay ahead of the curve when it comes to facilities and financial support. Through this charitable donation by the Hendrix family, it appears well positioned to do so for the foreseeable future.