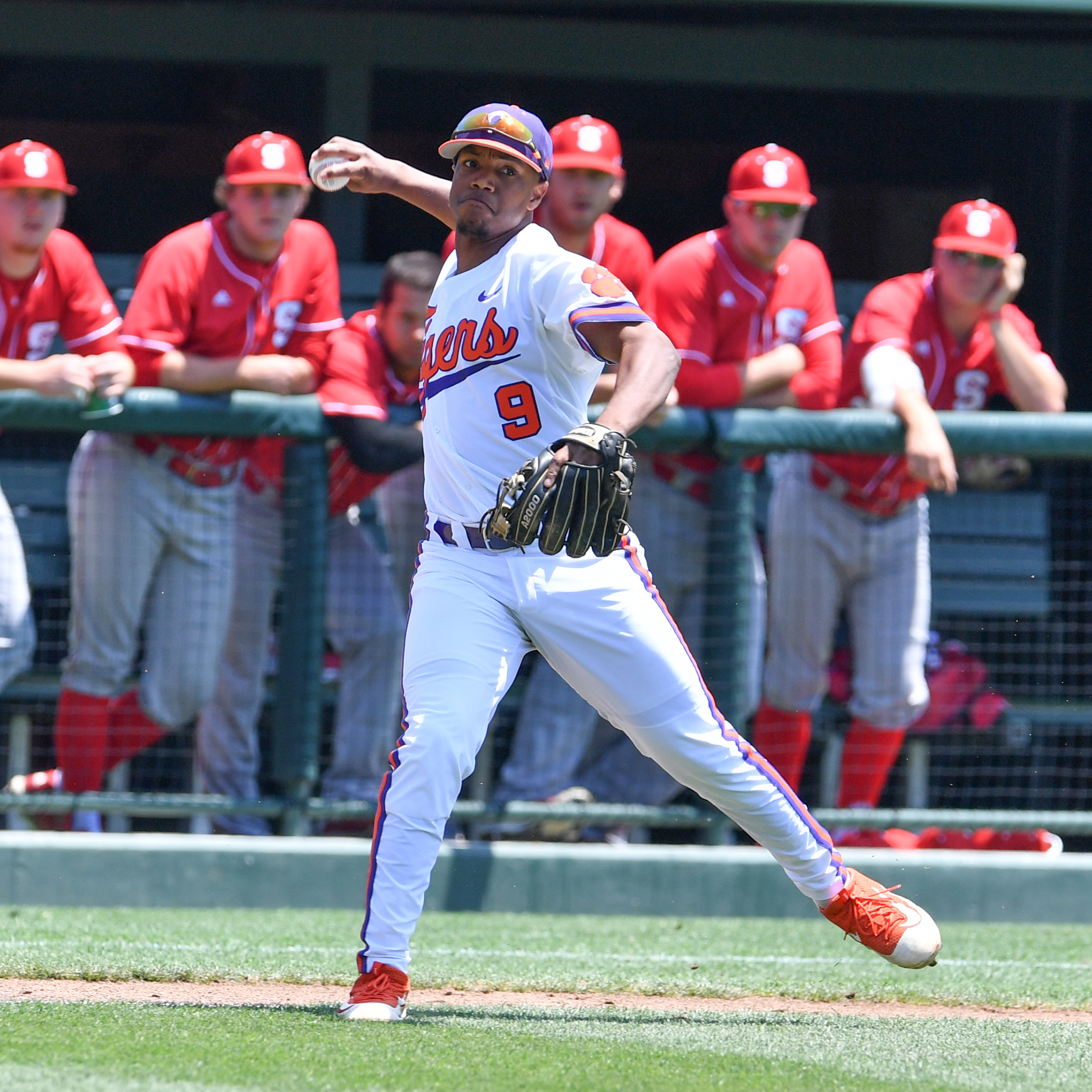 The Fun Is In The Winning

It started as a dull roar.

Sitting in the media room waiting for head coach Monte Lee to deliver his postgame press conference after a crucial ACC series win against No. 4 Florida State on Monday night, the sounds of the Tigers celebrating seemed to be echoing up from the field. But then the floor started to shake, and I quickly realized the excitement was right below my feet, in the locker room. The noise was justified, as Pat Krall had just tossed 7.0 scoreless innings against the Seminoles in what was yet another weather-delayed, come-from-behind victory for Clemson.

“Being able to celebrate like that is huge,” Chris Okey said after Monday’s win. “You go in that locker room right now and the vibe that we have in there is tremendous. All the guys are loose and confident, and our confidence is at an all-time high right now.”

He was right, because it happened again on Sunday.

In the rubber match against No. 9 NC State, Krall hurled 108 pitches in a complete game win in his first career start, allowing only one run. The Tigers found a way to manufacture a run in the bottom of the ninth inning and walked off for the second time this week.

You could hear the elation through the floor once again.

“Pat Krall was unreal again for us,” Lee said on Sunday afternoon. “In his last 16 innings, he’s given up one run. To win in rubber matches against Florida State and NC State, he’s been unreal. He deserves a tremendous amount of credit for us winning the ballgame today.

“I give all our guys a lot of credit. We executed in the bottom of the ninth, which was really fun to watch in a very tight situation. It says a lot about our team. Our team is going to compete and they’re going to show up ready to go every single day. It was a great win for our guys, and I couldn’t be happier for them.”

Krall said he tried to treat the start like a bullpen appearance, focusing on keeping the Tigers in the game from the first pitch on.

“I was taking it pitch by pitch,” said Krall. “Whatever happened, whether they took me out in the third, fifth or 12th inning, as long as I gave our team a chance to win, that’s really all I was focused on.”

Lee reiterated that a team’s momentum comes from the mound, and he praised Krall for providing enough momentum for his squad to come out on top in back-to-back, top-10 rubber matches.

“It was huge,” Weston Wilson, who delivered the walkoff single on Sunday, said of the two series victories. “Both of those teams the last two weekends have been very good teams ranked in the top 10, and it gives us momentum for this next week, but also going into Notre Dame and the rest of the season.”