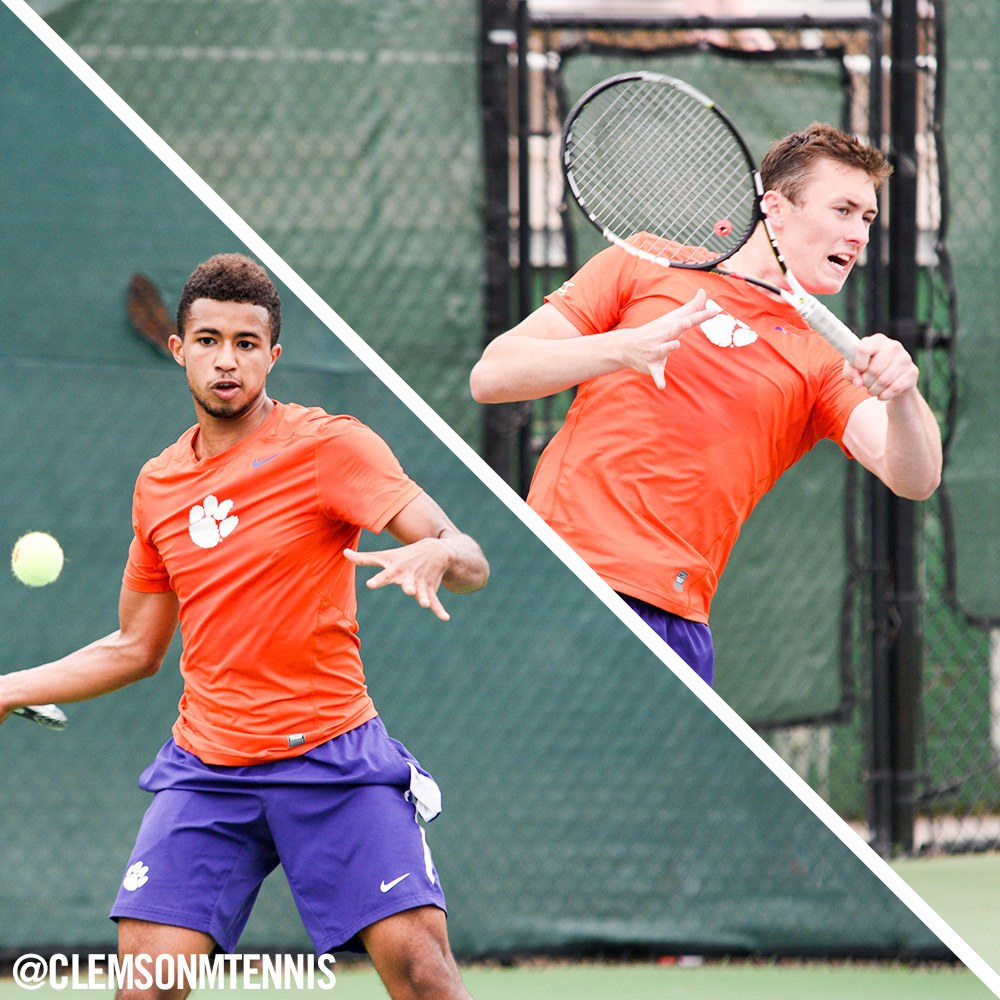 Adjusting to life in the states can be an interesting process for international student-athletes, from having to overcome language barriers and adjusting to different cultures and lifestyles. But junior Daffra Sanon and freshman Alex Favrot, dubbed the ‘French Duo,’ have made the most of their opportunity to play tennis in the United States.

In regards to playing tennis in the United States, both Sanon and Favrot jumped at the opportunity to pursue their degrees while simultaneously having the ability to play tennis at a consistently high level. As a freshman, Favrot appreciates the opportunity to explore his interests as an undergraduate without having to sacrifice the game he’s played since the age of five. Favrot entered Clemson with numerous accolades, namely winning the European Junior Championship in 2007.

“In Paris, we did not have the same opportunities to play tennis and attend school at the same time,” said Favrot, who leads the Tigers with 12 wins at the No. 1 singles position. “You can play tennis early without having to necessarily commit to it for the rest of your life.

“Coming to the U.S., it’s all about the team, and it’s a different kind of culture than what we grew up with in France. I think my time with the team has certainly helped me grow into that family aspect.”

“Clemson is a really great school, both athletically and from an academic standpoint,” added Sanon, who is 8-3 on the season at No. 2 singles. “It had a great balance I couldn’t find anywhere else. When I visited here, the coaches were very nice and professional and I liked that you could play in school for four years at a pretty good level. ”

International student-athletes like Sanon and Favrot can often face various learning curves in adjusting to the language, culture, and overall lifestyle of a different country. But head coach Chuck McCuen believes the diversity has made his program better and is one of the team’s biggest strengths, and Sanon and Favrot serve as positive examples for what the program stands for.

“You couldn’t ask for two better leaders of the team,” McCuen said. “They’re both very vivacious and energetic young men and they play off of each other very well. They enjoy each other’s company and friendships, and I think that’s really helped them adjust to our culture.”

McCuen went on to praise the progress of the ‘French Duo,’ both on and off the court. He confirmed how essential Sanon has been for Favrot in regards to making his adjustment in the states easier.

“You’re going to have cultural differences and those language barriers, and I think Alex sometimes can’t express himself as well he wants to yet because he’s still learning the language, but Daffra (Sanon) has helped bridge that communication gap with coaches and the other players,” McCuen said. “He’s done a great job of being that translator for Alex, and someone that’s really helped accelerate that learning curve. “

For both Sanon and Favrot, that learning curve is worth it as they immerse themselves in the game they love most.