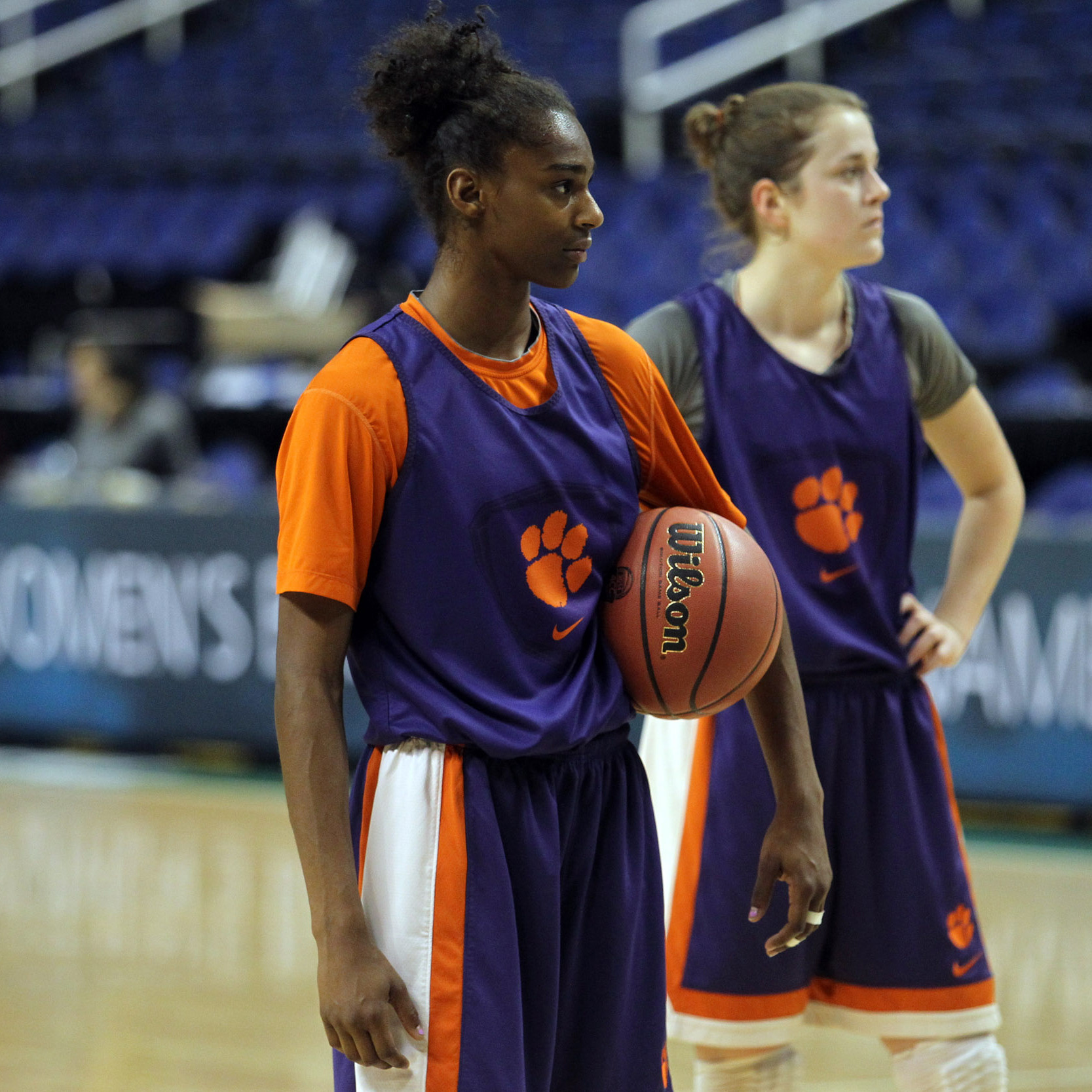 The Evolution of Nikki Dixon

Note: The following appears in the February edition of Orange The Experience, which should arrive in mailboxes this week. Nikki Dixon’s former teammate details the senior’s incredible growth over the past four years.

I first met Nikki Dixon in the summer of 2011 when we were bright-eyed freshmen ready to play college basketball in the Atlantic Coast Conference — or so we thought. We were thrown in the fire right away, playing significant minutes throughout the entirety of our freshmen campaigns, with Nikki starting every single game. When Nikki and I discuss our freshmen year, we laugh at how tough individual workouts were and how we barely made it through conditioning sessions. We also realize now how young and naïve we really were.

“I’ve grown up a lot here,” Nikki said. “You spend ages 18-21 in college. At 18, you think you’re an adult but when you hit 21, you are growing into who you want to be. These four years have shown me what kind of person I want to be and who I am.”

Nikki, who turned 21 last August, has matured a great deal in four years. As a freshman, she averaged 12.4 points per game. She has increased her point production every year of her career and this year in her senior campaign, she is averaging over 15 points per game, despite playing just over 24 minutes per game. As her numbers indicate, she has matured on the court as well as off of it, and has grown as a basketball player and scorer every year of her career.

However, the one constant since our freshman year is the fact that Nikki can score the basketball. Nikki recently moved into the top ten on Clemson’s all-time scoring list with 1,436 career points and is currently the sixth-leading scorer among active players in Division I.

Nikki attributes her success as a scorer to the work she has put in during the off-seasons, in which she focuses on the aspects of her game that are not necessarily her strengths, such as pull-up jumpers and three-pointers.

When asked about the career-best numbers she is putting up as a senior, Nikki claims, “I really have come to grasp what kind of player I am.”

However, Nikki wants to be remembered as more than just a player who scored a lot of points. She wants to be remembered as a leader. She wants to show her current freshmen teammates what it takes to be successful, so that they may continue to improve the basketball program that has consumed her life for the last four years. Nikki had been able to lead her teammates because she has been through exactly what they are going through right now.

As a freshman, Nikki contributed significantly from the day she set foot on campus, starting all 28 games and averaging 31.1 minutes per game. This season, Tiger freshmen Shelbie Davenport, Cha’nelle Perry and Francesca Tagliapietra are all averaging more than 20 minutes per game. Playing significant minutes in the ACC as a freshman can be a daunting and intimidating task. Nikki and I both experienced it first-hand and remember how nervous we were before games against nationally-ranked teams and in hostile road environments.

“I can relate to these freshmen,” she said. “They have to play a lot of minutes and as a freshman, I had to do the same. I can understand what they are going through and help them the best I can.”

This year’s Clemson women’s basketball team is one of the youngest teams in the nation, comprised of eight freshmen, two sophomores, one junior and only two seniors.

Nikki describes this year’s squad as, “The most challenging, but also by far the most enjoyable.” Nikki is relishing in her role as a leader and hopes to pass on as much knowledge and advice as possible to her younger teammates. She cites the North Carolina game from 2011-12 as an important memory to pass on to the freshmen. On Jan. 12, 2012, Clemson beat a North Carolina squad in Chapel Hill that was ranked 21st in the nation at the time, the first ranked win for the program in nine years.

“It was the best game ever,” she said. “It just showed that no matter who we are and what is on our jerseys, we came to compete that night.”

Nikki reminds her younger teammates that Clemson has beaten the best teams in the ACC and therefore, can do so again.

With only a few games left in her career, I asked Nikki about what she has learned as a student-athlete at Clemson University. She thought about it for a second, and then gave the longest answer she had given throughout our entire interview.

“I learned to be patient in my growth [as a basketball player] and I understand now that it’s a process,” she said. “I’m not going to see results fast but I’m going to work for the results I want.”

She also emphasizes how much she has learned about being a member of a team.

“I’ve learned the true definition of team and now really understand what it means to be a team player.”

She attributes all that she has learned not only to athletics but also to the university as a whole.

“Clemson has taught me a lot the last four years, and I wouldn’t trade if for anything. I bleed orange and purple.”

Nikki has worked extremely hard on the basketball court, in the film room and in the weight room for years, but she also put in significant work in the classroom. Nikki is set to graduate in May with a degree in psychology, and as a former classmate, teammate and friend, I couldn’t be more proud.

“Oh my gosh,” she exclaimed, “It will mean everything.”

As for what is next for the high-scoring senior, Nikki wants to stay connected with the game she loves as long as possible. Whether it’s playing overseas, in the WNBA or pursuing a coaching career, Nikki hopes her future involves the game of basketball because according to her, “It’s right where I need to be.”