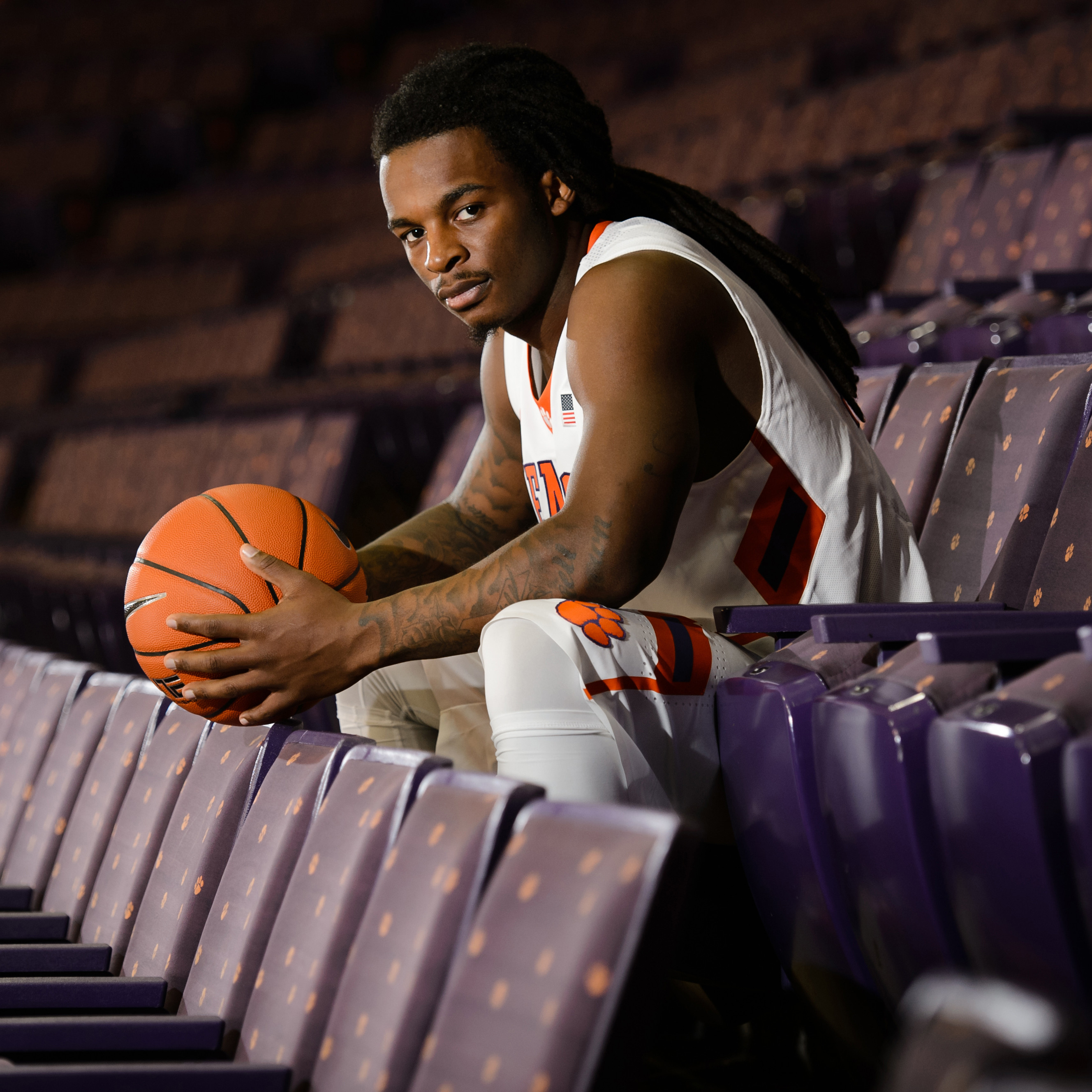 The Essence of Loyalty

Note: This article appeared in the November issue of Orange The Experience. Visit iptaycuad.com for more information on joining IPTAY.

When word of Earl Grant’s imminent departure from Clemson floated to Rod Hall, the point guard maintained the state of mind he has his entire career.

Recruited by Grant late in his tenure at Wichita State, Hall mirrored the loyalty of Grant when the latter joined Clemson’s staff in 2010 and continued to recruit him.

Four years later, Grant is the head coach at College of Charleston, and Hall remains at Clemson as he heads into his senior season.

The latest development serves as the ultimate testament to what has partly defined Hall’s tenure with the Tigers — loyalty to Brad Brownell and the Clemson basketball program.

“I just figured I was going to stay tough through whatever, and just make the best out of the opportunity they had given me,” Hall said of his continued commitment to Clemson. “They were the biggest school that was recruiting me at a top level, and they just showed me love the whole time.”

Players currently or formerly part of the collegiate recruiting process are aware of the immense relationships molded throughout the many hours of in-home and campus visits, a bond constantly strengthened during practices, summer camps and games.

So the clashing emotions coursing through Hall when his recruiter and position coach said goodbye are no surprise. But through it all, Hall’s faithfulness to his school and selfless attitude stays most prevalent.

“(Grant leaving) kind of shocked me because we talked about it at first,” Hall said. “He really didn’t think that was going to happen, but I was telling him if they gave him the opportunity to get a head job, then I think he should take it because that’s like a once in a lifetime thing for him.

“I was happy for him, but at the same time, I really didn’t want him to leave because it is my last year and everybody that came in with me, they left, so I’m kind of the only one left.”

Hall signed with Clemson in the spring of 2011 as a core member of then recently hired head coach Brownell’s first recruiting class. The Augusta, Ga., native cited his first meeting with Brownell as a reason behind his adherence to the Tigers.

“Coach Brownell came to see me, and it just kind of felt like a good place for me to be,” Hall said. “They didn’t sugarcoat how it was going to be. They kind of told me it was going to be tough, and I just liked that about them.”

Now, Hall stands alone as the sole member of his recruiting class still at Clemson.

From December 2012 to April 2014, Hall has seen his fellow entry mates in T.J. Sapp, Bernard Sullivan, Devin Coleman and K.J. McDaniels evaporate to other schools and declare for the NBA Draft, respectively.

Hall didn’t deny that his devotion in spite of farewells has entailed in him a sense of pride and leadership.

“It gives me something to think about,” Hall said. “My whole recruiting class is gone, and my recruiting coach is gone, and it just shows that I was loyal to the program, and I stayed tough through the adverse times. When things weren’t going good, I saw the good team that we had, and also the bad team with a losing record, so I just stayed and fought through everything to try to make the best out of it.”

One could say Brownell was able to foresee the character embodied by Hall before the trying events of the latter’s journey unfolded, and that the Clemson-first mentality would transfer to the court.

Hall has started 66 of the Tigers’ 67 games the past two campaigns while dishing a team-leading 100-plus assists in each. Hall’s career assist total is nearing 300.

“About my game, (Brownell) liked my toughness and the fact I’m not selfish,” Hall said of his first conversation with Brownell. “I get other people shots even when I can’t have a shot. He liked that.”

There was a time when Hall was on the receiving end of things, and his success during that time eventually led him to one of his earliest crossroads demanding a decision with fateful implications.

The 6-foot-1, 205-pounder drew attention from scouts as a standout wide receiver at the state of Georgia’s Laney High School and ultimately garnered offers from a pair of smaller schools after being named to the Atlanta Journal-Constitution’s all-state team in 2010.

Hall struggled between a path to the gridiron or court, but it was his most prestigious basketball offer from Clemson that he couldn’t eschew.

“I was weighing out my options to see what was going to be the best option for me,” Hall said.

Heavy contemplation resulted in the pursuit of basketball in orange and purple, and his mind has been unwaveringly made up since, though that’s not to say he hasn’t wondered what could have been when the adversity stacked up.

However, Hall’s loyal fortitude and happiness with his choice has prevented those daydreams from becoming regret.

“I used to make football look easy,” Hall said. “At times, I think about how it would be different if I had played football.”

Hall is approaching the beginning of the end in Tigertown, and his steady presence over the past three seasons has been synonymous with the ascending success of Clemson basketball.

The Tigers reached tournament play a season ago for the first time in Hall’s career, maneuvering to the National Invitational Tournament semifinals in Madison Square Garden for the first time since 2007, while tying the school record for the most improvement in total wins from the previous season.

Sticking with Clemson through a grinding and lengthy series of trials, Hall’s commitment has already paid dividends. A natural desire to win leaves Hall wanting more, though, and who could blame him.

Hall has maximized his Clemson experience by staying at the place he loves for the duration, not averting troubled times and never opting out when things beyond his control went astray.