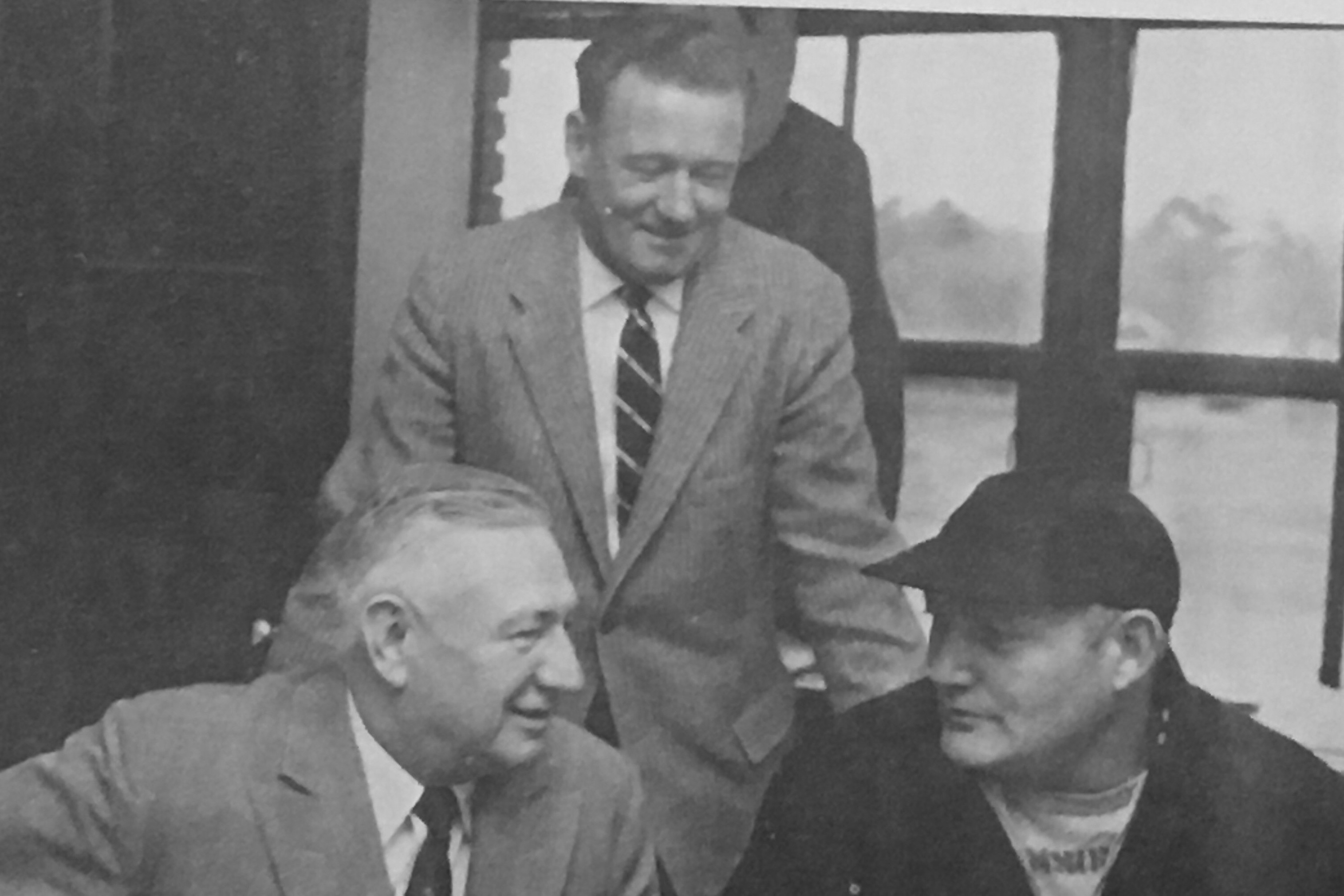 The CU and Wake Connection

Clemson and Wake Forest have had some interesting figures over the years.

The two schools have had some great battles in the various sports. Both schools were in the Southern Conference and later became charter members of the Atlantic Coast Conference.

In the 1940s and early 1950s, they had similar type head football coaches.   Frank (The Baron of Barlow Bend) Howard of Clemson and Douglas C. (Peahead) Walker of Wake Forest became household names to the two schools’ faithful.   To this day, each continue to be larger than life figures in both schools’ lore. Walker took Wake Forest to two bowl games, including a victory over South Carolina in the inaugural Gator Bowl, and an appearance in the Dixie Bowl in his 14 years at Wake Forest.

The two coaches knew how to publicize their schools.   Both were much sought-after speakers for lunches, dinners and various banquets. Both knew the importance of their innocent jabs at one another, as it created interest in college football and it helped the gate–revenue for their respective football programs.

Coach Howard loved to play jokes on the unsuspecting Peahead Walker.   One Friday, when Wake Forest was arriving at Clemson to work out before their annual game with the Tigers, Coach Howard had two state police meet Walker.   Howard proclaimed in a loud voice, “There he is, that’s the fugitive that got away.” The patrolmen immediately grabbed Walker and handcuffed him to a telephone poll.   He was finally released several minutes later.

The next day, it was time for Walker to enter the stadium before the game with Clemson. However, he ran into another hurdle. The security guard at the gate asked Walker for his sideline pass. Walker said he didn’t have it and the security guards at the gate would not let him on the field. He asked that they go and get the Wake Forest team captain, Pat Preston.   Preston had been enticed to take part in the prank created by none other than, Frank Howard. When the captain got to the gate he was asked by the alert security guards, “Do you know this man?”.   He said, “No, I never saw him before in my life.”

Finally, after a few minutes Walker was allowed on the field.

It was reported that when Wake Forest got back to their campus, Walker ran his prankster player, Pat Preston, a record number of laps around the field until he knew who he was.

(John Cochran is pictured below in his Clemson Football uniform.  Note the orange striped sleeves.)

“Red” Cochran played professional football for the Chicago Cardinals, (1947-50), but a knee injury forced retirement and he went back to Wake Forest as an assistant coach (1951-55). From there, he coached with the Detroit Lions and then with the Green Bay Packers under the legendary Head Coach Vince Lombardi.

He was the first assistant coach hired by Lombardi when he was named the Head Coach at Green Bay.

At Green Bay, “Red” Cochran, Jr. coached Hall of Famers Bart Starr, Jim Taylor and Paul Hornung.   The pair of Hornung and Taylor, along with linemen Jerry Kramer and Fuzzy Thurston, was known for the famous “Packer Sweep”. The Packers also won two Super Bowls when Cochran was there as an assistant.

He later coached with the St. Louis Cardinals and the San Diego Chargers before returning to Green Bay as an assistant coach. He was a scout for Green Bay from 1975 until his death in 2004.

An Act of Sportsmanship

Over 60 years ago Clemson running back Don King brought notoriety to Clemson by winning the nationally renowned and prestigious Swede Nelson Award by a simple act of kindness and respect for an injured opponent.

At the time, this was a coveted award that was presented by the Boston Touchdown Club and was given to the college football player who demonstrated sportsmanship during the year.  To this day, it remains as one of the oldest awards in the nation given to a collegiate player.

After Wake Forest’s Kenny Duckett won the award in 1981, it became a regional award and is now only presented to players from the New England area.

In 1953, winning this award was big news for the Clemson football program.

On October 31, 1953, Clemson was playing Wake Forest in Tigertown.

(Don King is pictured below)

In the third quarter, Wake Forest had the ball at midfield trailing Clemson 12-0 when Demon Deacon quarterback Sonny George failed to get up after being tackled.

Coaches, trainers, doctors, and teammates surrounded George for at least 15 minutes. Ultimately, King left his Clemson teammates, who were waiting for action to resume, and went over to talk to the Wake Forest players and officials; then, George got up and resumed play.  At the time, rules stated that if a player left the field because of injury he would have to sit out the remainder of the quarter, and Wake simply did not have a reliable substitution.

Kane and White explained that King learned that George would be playing with an injured knee, so he told the rest of the team “when you tackle their quarterback Sonny George–tackle him high and not low, reminding us of his situation.  King had knee injuries himself in several games the past two years.

Kane and White went on to say that King explained to his teammates that George was the only quarterback that Wake Forest had and that we didn’t want him to have a permanent injury.  He had already missed the Miami game and much of the South Carolina game because of the same injured knee.   So Don told us again, “if you tackle him the rest of the game, hit him high.”

“I decided to share this incident with the Boston Gridiron Club,” said Breedin.  “They obviously liked it, coupled with the good relationship Clemson and Coach Howard had with many of the people in Boston via the Boston College rivalry that began in the 1940 Cotton Bowl, and King was their choice for the award.”

In addition to King demonstrating class and sportsmanship he was an outstanding football player.  Don King established a Clemson freshman single-game rushing record in 1952 that still stands today. (234 yards vs. Fordham on November 4, 1952)

The native of Anderson, SC played for the Tigers and Head Coach Frank Howard from 1952-55 as a quarterback, and safety.