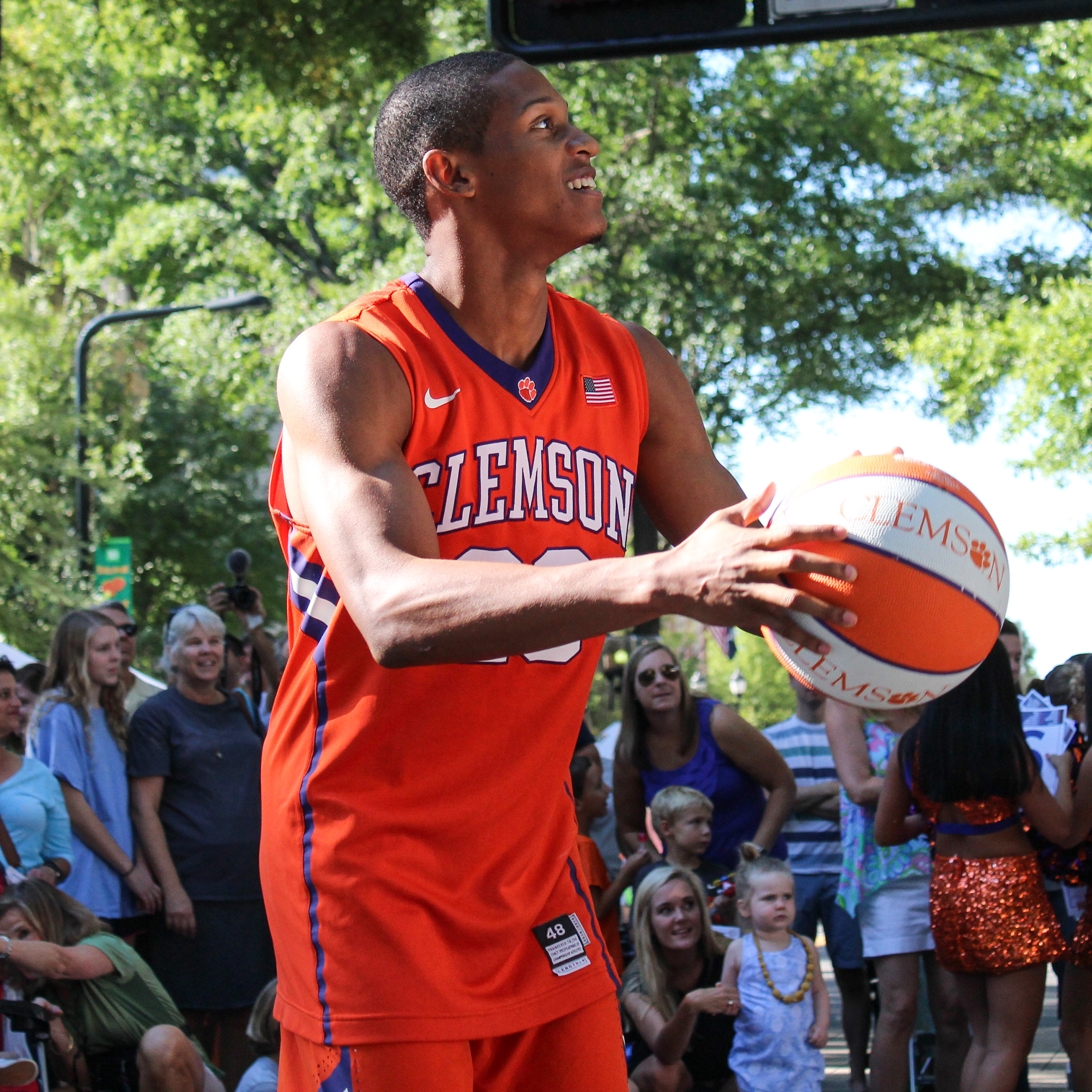 You would be hard-pressed to find a better example of a student-athlete than Jordan Roper of the men’s basketball program. Consider the following from his resumé:

• Two-time member of the All-ACC Academic team.• Member of the Student-Athlete Advisory Committee.• Cumulative GPA over 3.0.• On track to graduate in December in 3.5 years with a PRTM degree.

And that is just the academic side of things. To most Tiger fans, Roper is known for his ability to score the basketball, and score it in bunches. Through three seasons, the product of Irmo High School and Columbia, S.C., has amassed 698 career points. He has done it despite an average of just 20.3 minutes per game, a testament to his ability to provide instant offense.

He showed it from the time he arrived as a slender freshman in 2012-13, when he came off the bench the majority of the time but averaged 7.9 points per game and shot 41 percent from three-point range. But it was an event that unfolded after his freshman year that served as a true cornerstone in his life.

Just 11 days after the team’s final game, he suffered a mild stroke while taking a statistics exam. Roper underwent a series of medical tests and procedures while taking a leave of absence from the game he loved for the better part of three months.

“When you’re young, you think you’re invincible,” he said. “But when you hear that you’ve had a stroke at 19 years of age, it’s pretty shocking.”

Roper detailed the experience from beginning to end in a full-length feature video that he filmed, edited and produced this past summer while interning in the athletic communications office.

Roper completed an unpaid, 400-hour requirement toward his degree, displaying a tremendous work ethic and penchant for creative marketing of the Clemson athletic programs through the use of multiple digital media platforms.

With everything he went through at that stage, head coach Brad Brownell said the Tiger senior is much more appreciative of everything in his life. And in turn, Roper said it was the support of the coaches and staff that helped him push through a difficult time.

“Coach Brownell prepares us not only for basketball, but also for being a man,” said Roper. “Clemson has opened a lot of doors for me. The people here actually care about your well being and how you’re doing as a person. That support is common around Clemson, and it really brings out the aspect of family.”

As he prepares for his final season in a Tiger uniform, he has a few memories from the past that stand out, none more than advancing to the 2014 NIT semifinals after defeating Belmont in front of a capacity crowd in Littlejohn Coliseum.

His senior campaign will be a transition, as the program spends a year away from Clemson while Littlejohn Coliseum undergoes a $63.5 million facelift. Instead of dwelling on it, Roper seems genuinely excited for the opportunity to play the 2015-16 “home” games at Bon Secours Wellness Arena in nearby Greenville.

“Everyone’s excited,” he said. “It gives us a new experience and a chance to play in front of a new crowd. It will help us grow closer as a team.”

It is a team Roper has high expectations for, namely because of the return of three starters and several key contributors from last season. With a student-athlete like Roper serving as one of the team leaders, it is more than reasonable to have such expectations.