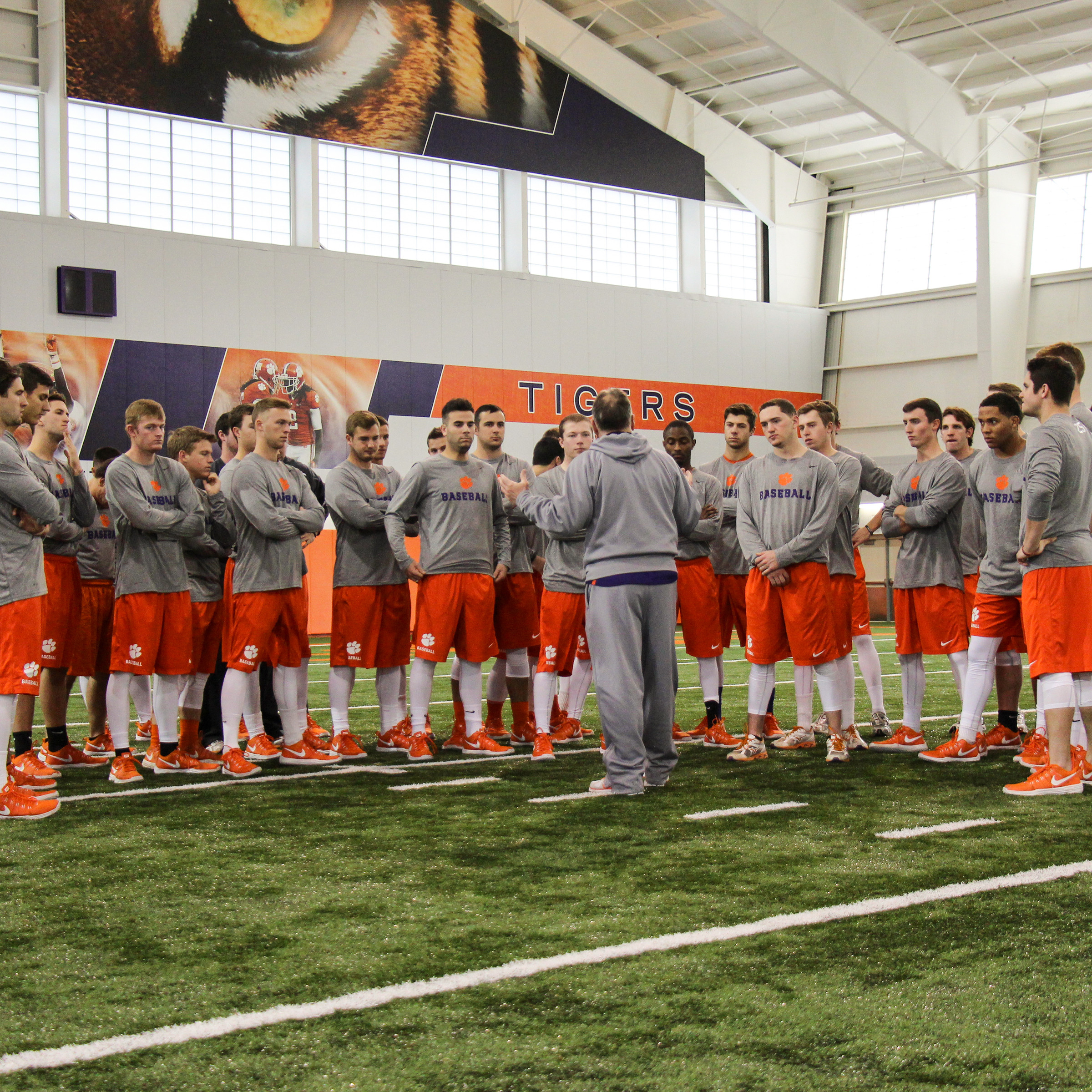 The Boys Are Back in Town

The 2015 Clemson Baseball Tigers began classes for the spring semester Wednesday, a sign the upcoming season is right around the corner.

In the afternoon, players arrived inside Jervey Athletic Center in their temporary locker rooms (due to renovation of their new, expansive locker room at Doug Kingsmore Stadium) with new workout gear welcoming them.

The players then gathered in the indoor football facility to perform their annual January conditioning test. Dennis Love, director of Olympic sports strength & conditioning, set up the sprints. Players had to run 16 consecutive, 60-yard sprints, each in under nine seconds, with only 20 seconds in between each sprint. All the players passed the test, a good new year’s start for Jack Leggett’s 22nd team as head coach at Clemson.

Then in the evening, all members of the progam met in the McFadden Building team room. Janet Rhodes, an athletic department employee who works alongside Danny Cannon, began the meeting by thanking the team for the Christmas gift the coaches, players and staff gave her.

Lindsey Ricketts, associate director of athletic academic services, presented certificates to returning players who made the 2014 ACC Academic Honor Roll. She also recognized players who had a strong fall semester in the classroom, including Andrew Cox, who had a 3.8 GPA. In all, 18 Tigers had a 3.0 GPA or higher in the fall semester.

Leggett concluded the hour-long team meeting by explaining his expectations for the 2015 season, not just on the field, but in the classroom.