The Best From The Weekend 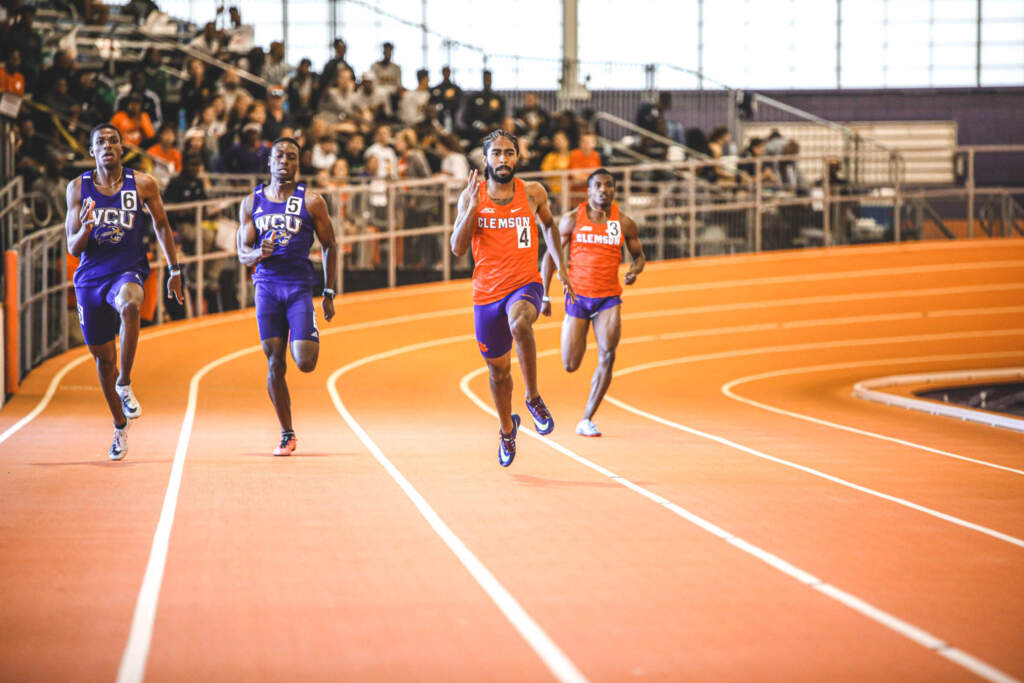 On Saturday, Clemson saw the fastest time in program history recorded in the men’s 300 meters, as Marcus Parker stormed around the track at the Clemson Indoor Track & Field Complex. Parker charged out of the blocks, making up the stagger on his competition within the first 100 meters. Parker used his patented 200-meter speed to assert himself in the lead entering the final stretch of the race and, using the final curve, propelled himself down the homestretch to the fastest time in the history of the orange and regalia.

Parker’s time of 33.20 equates to a speed of 20.21 miles per hour over the entirety of the race. The result is the fastest in the history of the program, improving upon the record set by Cordell Lamb in 2018. The third-best time in program history was set back in 1999, a testament to the magnitude of Parker’s achievement. 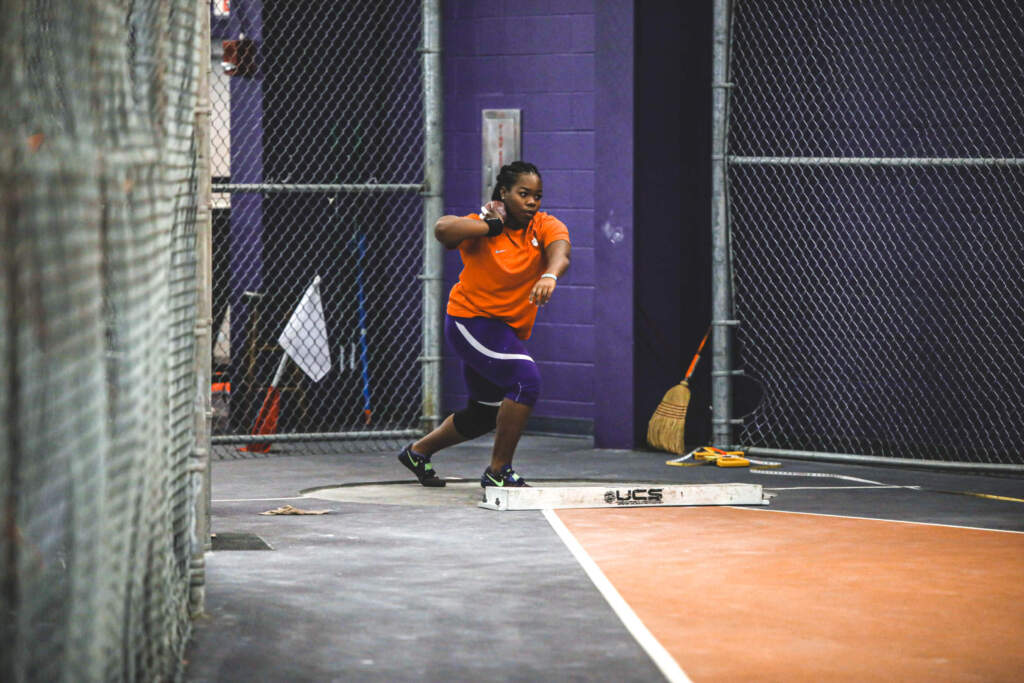 Veronica Fraley entered the competition with an overall personal best of 14.99 meters in the shot put, but that changed on Saturday, as Fraley eclipsed the 15-meter mark with each of her final four attempts. Fraley’s third, fourth and fifth attempts were all within three centimeters of each other, going 15.24, 15.27 and 15.26, respectively. As Fraley stepped into the circle for the final throw of the competition, she used a measured intensity to unleash a bomb to register a mark of 15.48m.

Fraley’s mark now ranks fourth-best in program history, 15th-overall in the country and is an improvement of 49 centimeters, the same as 19 inches, over her previous best. If Fraley were to have thrown her shot put from the baseline of a basketball court, it would have cleared the half-court line by a staggering four feet. The weight of the shot put is also impressive, as the four-kilogram shotput equates to 8.8 pounds. Frayley’s implement weighs as much as 30 baseballs.