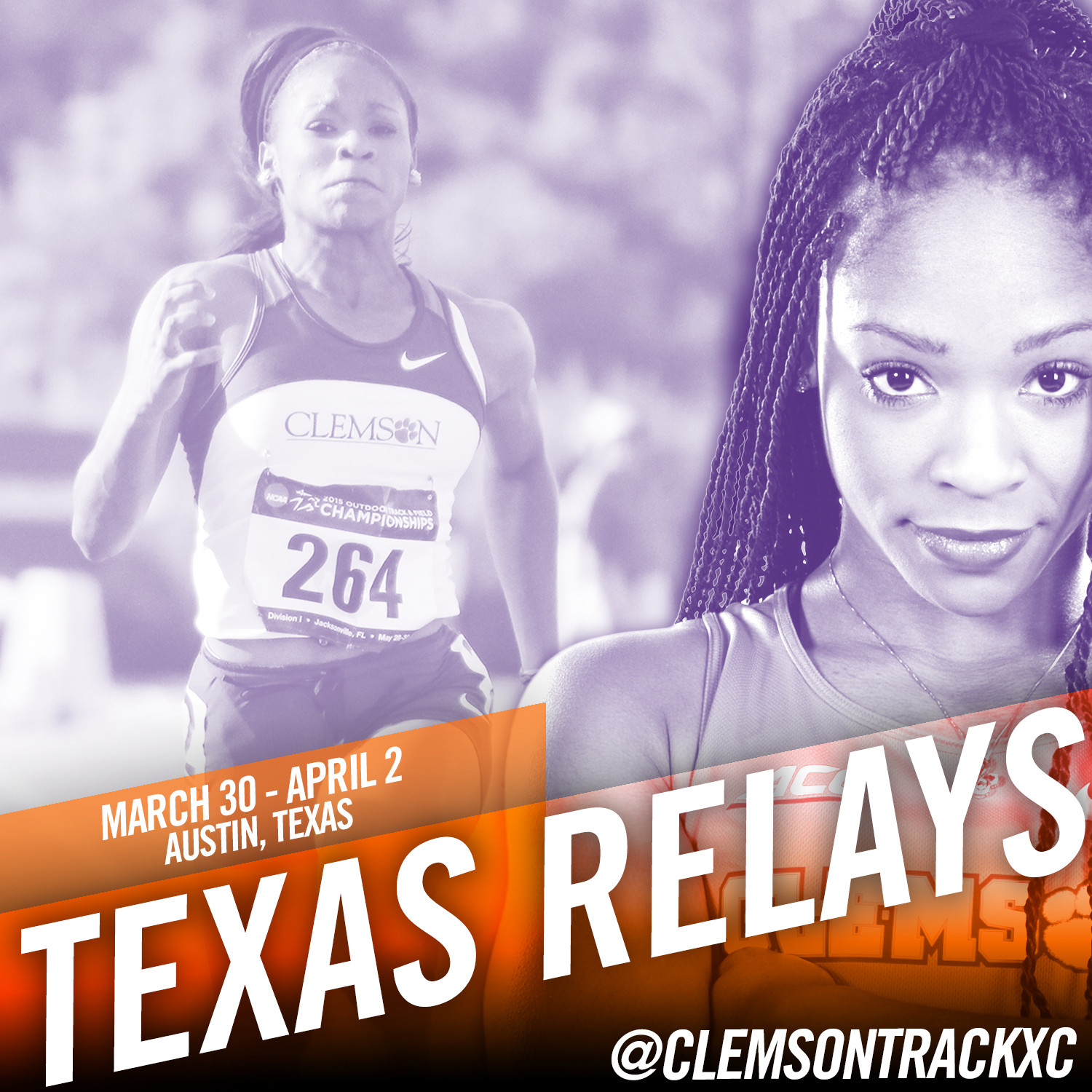 AUSTIN, Texas – The Tigers will take the momentum from their best outing of the outdoor season to one of the most prestigious meets in all of track and field when the Texas Relays begin on March 31. This year’s Nike Clyde Littlefield Texas Relays is the largest in its history as the Longhorns will play host to over 7,500 athletes.

Clemson is coming off a weekend in Atlanta, Georgia in which it earned 17 personal bests performances, three of which were good enough for the program’s record book. One week after running a personal best in the mile, Brianna Blanton ran the sixth fastest 800 meter time in Clemson history with a 2:08.21 to take second place in the event. The time currently has the senior 11th in the nation and second in the ACC.

Freshman, Alyssa Debski entered her name into the program’s all-time best efforts in the javelin with a throw distancing 119-9. The mark places her 10th in Clemson history.

On the men’s side, Deron Gordon earned the ninth fastest time in Clemson history with a time of 51.31 in the 400 meter hurdles. Like Blanton, Gordon’s time is the 11th fastest in the country and is the second best time recorded this season in the ACC.

Deja Parrish continues to thrive in what has been a breakthrough year for the sophomore sprinter. Last week Parrish ran the ACC’s best 200 meter dash time to this point with her personal best 23.31, ranking her 14th in the NCAA.

Not long after that performance, she anchored Clemson’s 4×400 meter relay team and crossed the finish line at 3:35.49. The time gives her, Olivia James, Tanisha Coppin and Markeeta Thomas the NCAA’s fourth fastest time this outdoor season as well as the fastest in the conference.