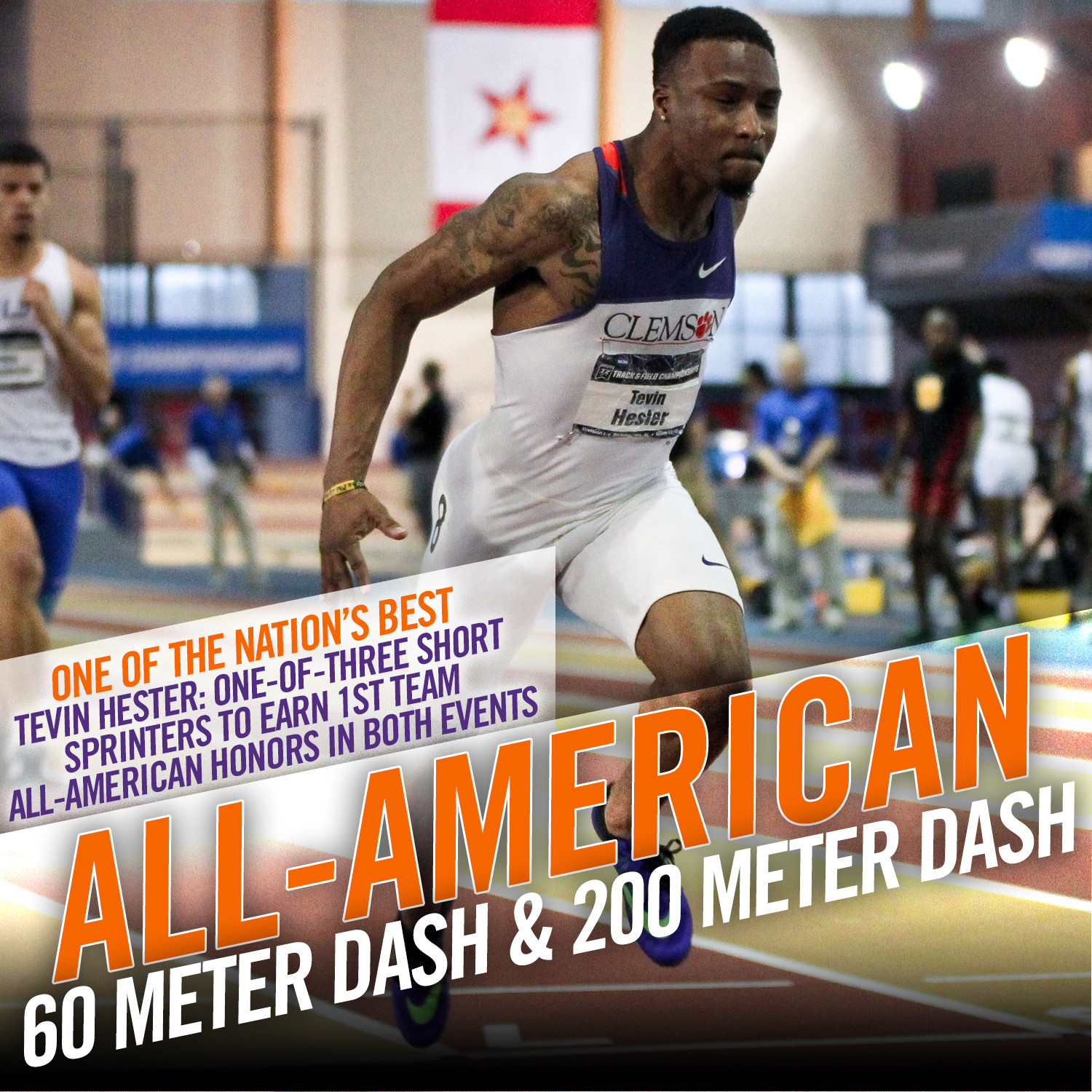 The senior out of Oxford, North Carolina kicked off the day firing off the blocks for a 6.64 and a sixth place finish in the 60 meter dash. He then followed up with a fifth place effort in the 200 meter dash, crossing the finish line at 21.02.

Hester ends his indoor career as a four-time First Team All-American in the 60 meter dash, making him the only Tiger in program history to do so in the event. He has earned the honor twice in his career in the 200 meter dash.

Grace Barnett and Anasterasia Terrell both wrapped up their indoor campaigns as Second Team All-Americans.

Barnett kicked off the day running a 4:48.55 in the mile to take 10th after she had competed in the prelims and anchored the First Team All-American distance medley relay team the night before. The sophomore is just Clemson’s second miler in program history to earn All-American status. The last Tiger to do so was Tina Krebs in 1986 when she was the NCAA Champion with a time of 4:40.82.

Terrell leaped 41-3 in her first NCAA Championship to give Clemson seven-straight season with an All-American in the triple jump.  The junior is the eighth triple jumper in the last seven seasons to earn All-American honors.

The Tigers will jump right into its outdoor season at the Coastal Carolina Invitational in Myrtle Beach, South Carolina. The meet is set for March 18 and 19.