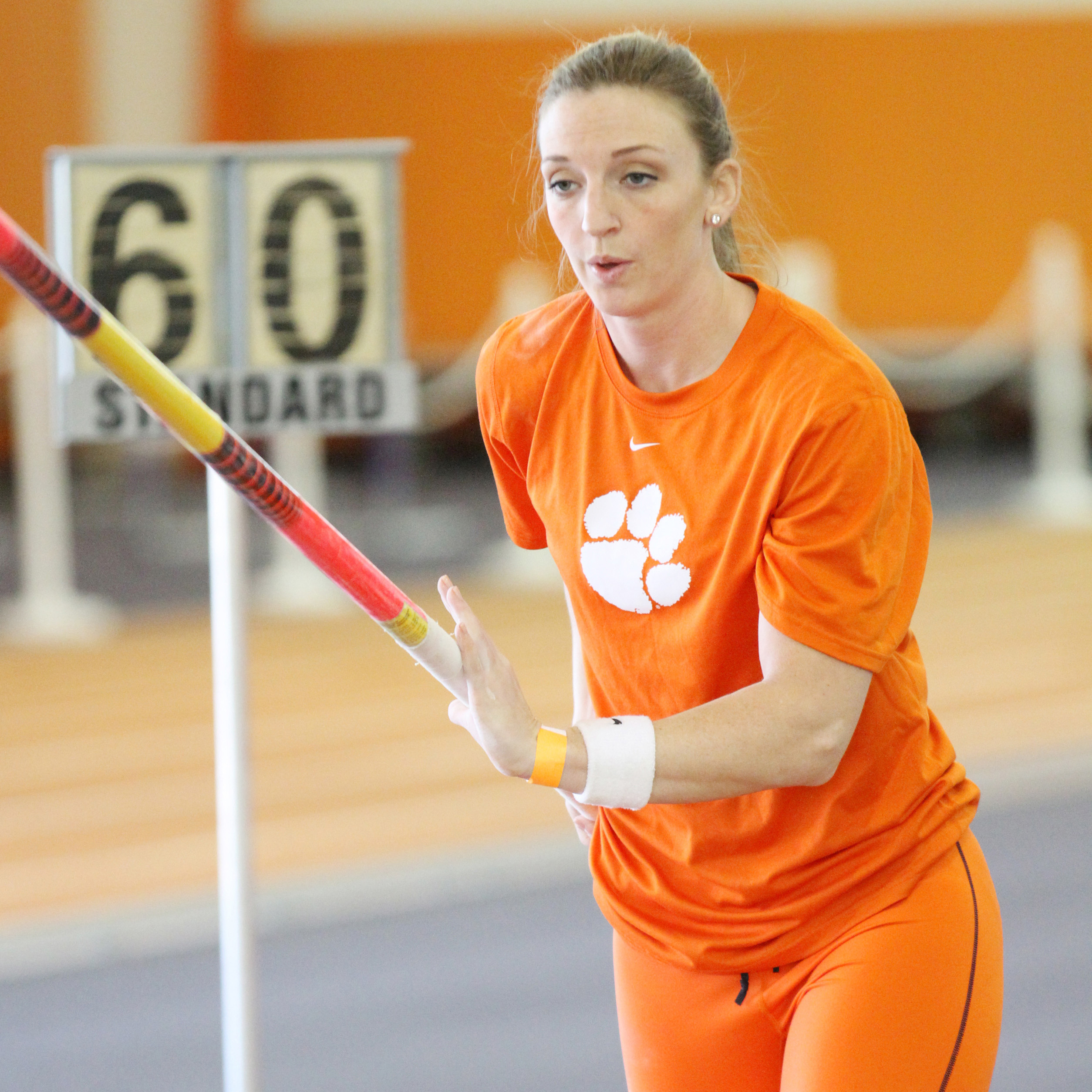 Terstappen’s Journey to the Top

Lauren Terstappen’s journey to the top of Clemson’s pole vault ranks has not been without trial or tribulation. As a sophomore, she dislocated her elbow when she was dislodged from the pole vault runway. Last spring, she redshirted the outdoor season to be at the bedside of her mother, who was in a medically-induced coma for nearly two months.

Terstappen has come full circle in her final season of eligibility, winning at Penn Relays — a mere 45 minutes from her hometown of Phoenixville — in April with her mother in attendance.

Now, she’s simply looking forward to competing in her first ACC Championships since February 2014. Terstappen is a three-time All-ACC vaulter and looks to challenge her personal record of 13-7.25, achieved earlier this season at the Florida Relays.