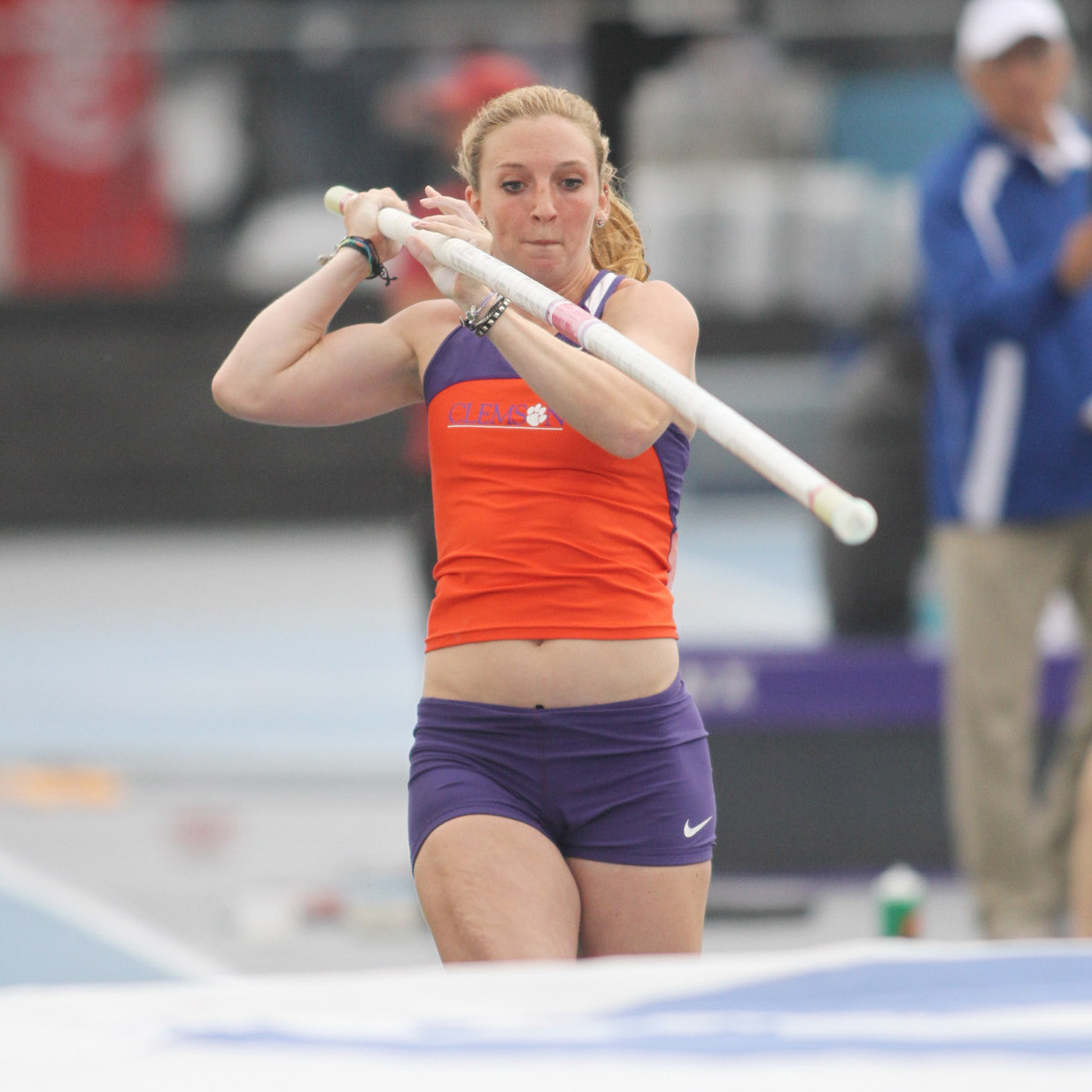 CLEMSON, S.C. — Lauren Terstappen opened her senior season by setting the Shaw Stadium record in a women’s pole vault win at the Shamrock Invitational on Friday, highlighting day two for the Tigers in the opening outdoor meet of the season.

Terstappen redshirted last outdoor season, but returned in fine fashion Friday. The Phoenixville, Pa., native jumped 13-1.5 to claim the event title. In other field action Friday, Mimi Land led a 2-3-5 finish in the women’s long jump with a mark of 18-9.25. She also tied for third with a 5-7 mark in the women’s high jump.

Friday’s track action featured a win in the women’s 4×800 relay. The team of Brianna Blanton, Dana Maydew, Tanisha Coppin and Molly Sullivan formed a time of 9:05.63 — No. 2 in school history. The men followed with a runner-up finish in 7:44.18.

A handful of athletes qualified for sprint finals, including two in the men’s 110 hurdles. Justin Johnson (14.12) and Elijah Britton (14.40) moved on from Friday’s preliminaries. Also in qualifying action, Sabria Hadley was fifth-fastest in the women’s 100 dash with a time of 11.88.

The meet started strong for the Tigers on Thursday, when Jordan Pickerel produced a personal best in the men’s hammer throw. He finished eighth, but moved to sixth on Clemson’s all-time list with a throw of 181-1.