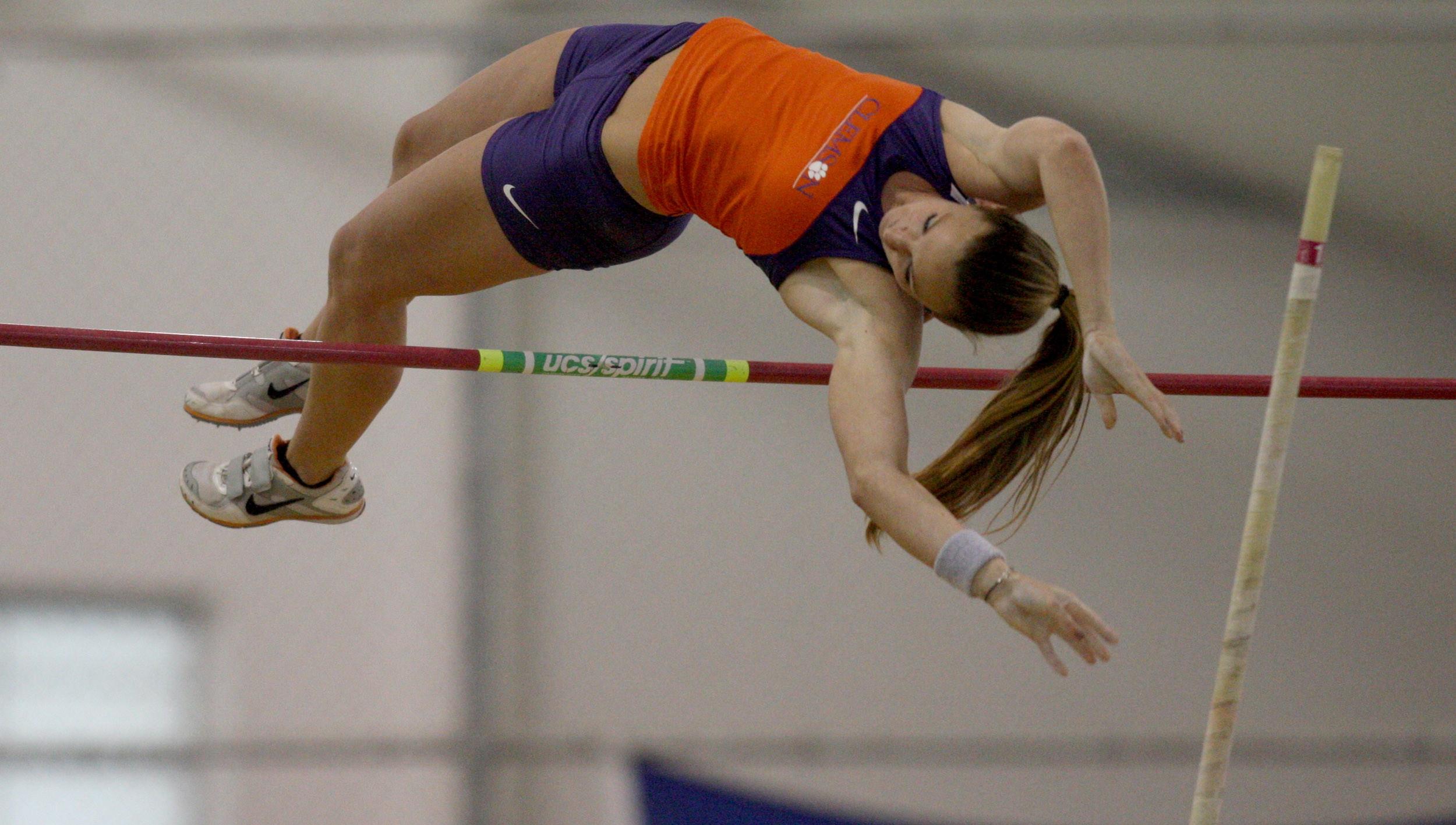 CLEMSON, SC – Lauren Terstappen broke the Clemson record in the women’s pole vault and Brianna Rollins posted the top time of the prelims in the 100 hurdles to highlight action on day one for the Tigers at the Clyde Littlefield Texas Relays. It was one of two meets Friday for the program, as many members of the two teams competed on the first day of the Raleigh Relays as well.

Terstappen bested the field of 22 in the B section of the women’s vault with a jump of 13’5.75″ to knock teammate Christy Gasparino off the top of the Tiger record books. Terstappen cleared the bar on her second try. In the long jump, Mimi Land placed eighth in a competitive A section of the event with a personal best 20’4.25″.  Her mark tied for fifth on Clemson’s all-time performance list. Jasmine Brunson was third in the B section with a leap of 19’6.75″. Brunson later competed in the A triple jump section, taking sixth place with a mark of 42’9″.

In Austin, three individuals qualified for Saturday running finals, led by Brianna Rollins in the 100 hurdles. She ran the day’s best time at 12.85, just two hundredths of a second off the meet record, in her opening run of the 2013 outdoor season. Spencer Adams (13.65) and Marcus Maxey (13.88) both qualified for the final of the men’s 110 hurdles.

The women’s 4×400 relay qualified for Saturday’s final. The group that included Brittany Pringley, Rollins, Nia Fluker and Marlena Wesh posted a time of 3:38.39 to win its section. Nnenya Hailey was 10th in the 400 hurdles, finishing one spot shy of the final after recording a time of 59.80 on Thursday.

Warren Fraser and Tevin Hester both opened the 100 dash this weekend. Fraser ran 10.47, followed by Hester at 10.49, but neither athlete qualified for Saturday’s final.

In Raleigh, the Tigers competed in a slew of distance events. Ty McCormack ran the 5000 meters and finished eighth overall, but first among collegians. He had a huge personal best with a time of 13:52.59 – No. 5 in the Clemson record books.

Jack Andritsch won the first section of the men’s steeplechase with a time of 9:40.82 to highlight other action. Clemson competed a number of athletes in the 1500 meters, with Brianna Blanton recording the top performance with a time of 4:29 and a ninth-place finish in the second seeded section.

Cory Thalheimer was runner-up in the men’s shot put in Raleigh, putting down a mark of 55’5.5″.