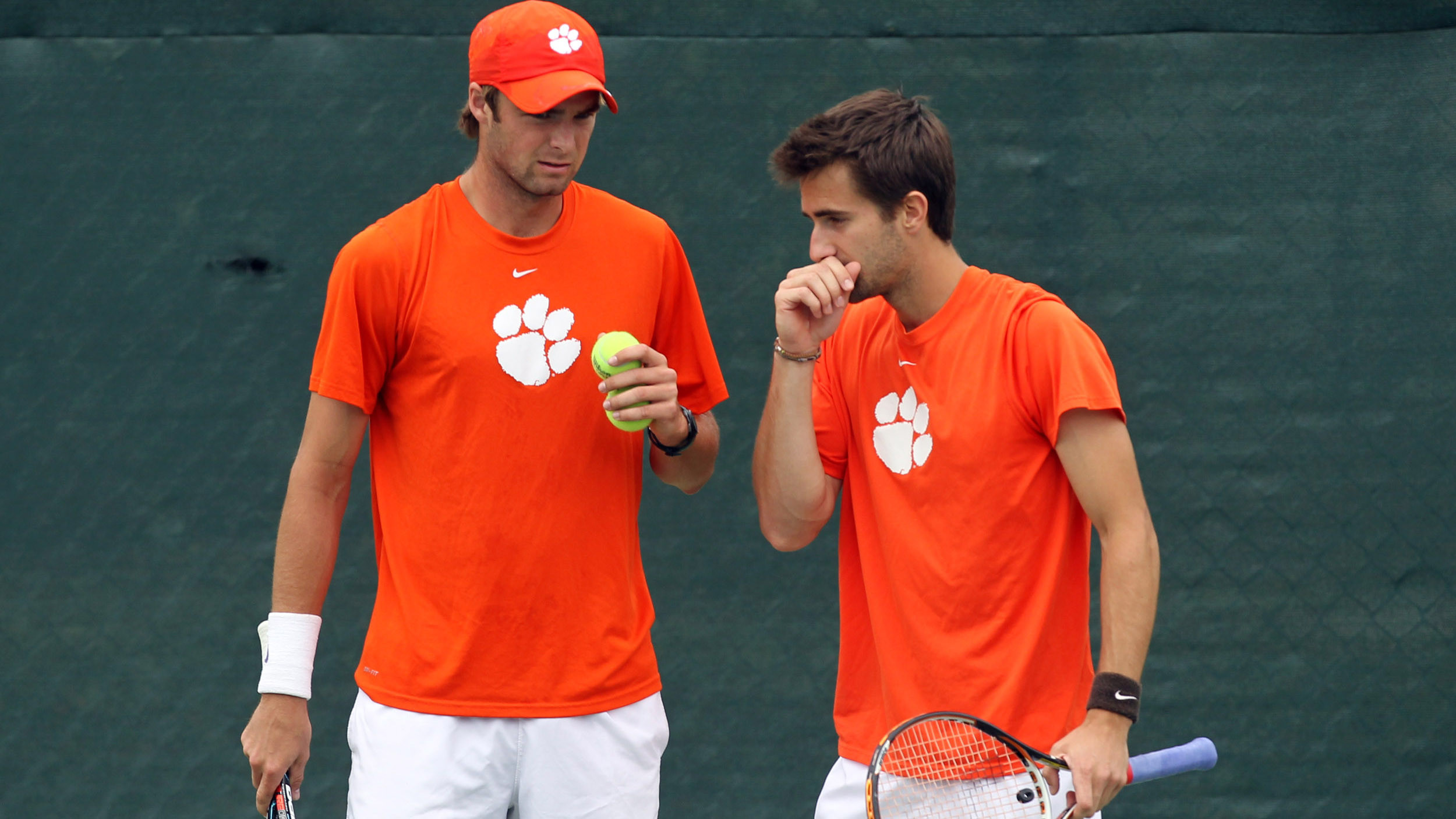 CLEMSON, S.C. – For the second straight week, the Tigers are ranked 20th nationally in the Intercollegiate Tennis Association poll. The team remained at the same spot in the rankings after falling to #8 North Carolina and #13 Duke on the road last weekend.

Senior Hunter Harrington and junior Dominique Maden jumped from 31st to 17th in the ITA doubles poll after defeating the Tar Heels’ and Blue Devils’ top doubles teams over the weekend. The Tiger duo has an 18-1 record in dual matches so far this year.

Harrington and Maden are also ranked in the ITA singles poll at 54th and 68th, respectively. Maden moved up 31 spots after he upset 26th-ranked Ronnie Schneider of North Carolina (7-6(9-7), 6-2) on Sunday.

The Tigers have one regular season contest left (at #74 Georgia Tech this Friday, April 18), before they begin play in the 2014 ACC Tournament April 24-27 in Cary, N.C.