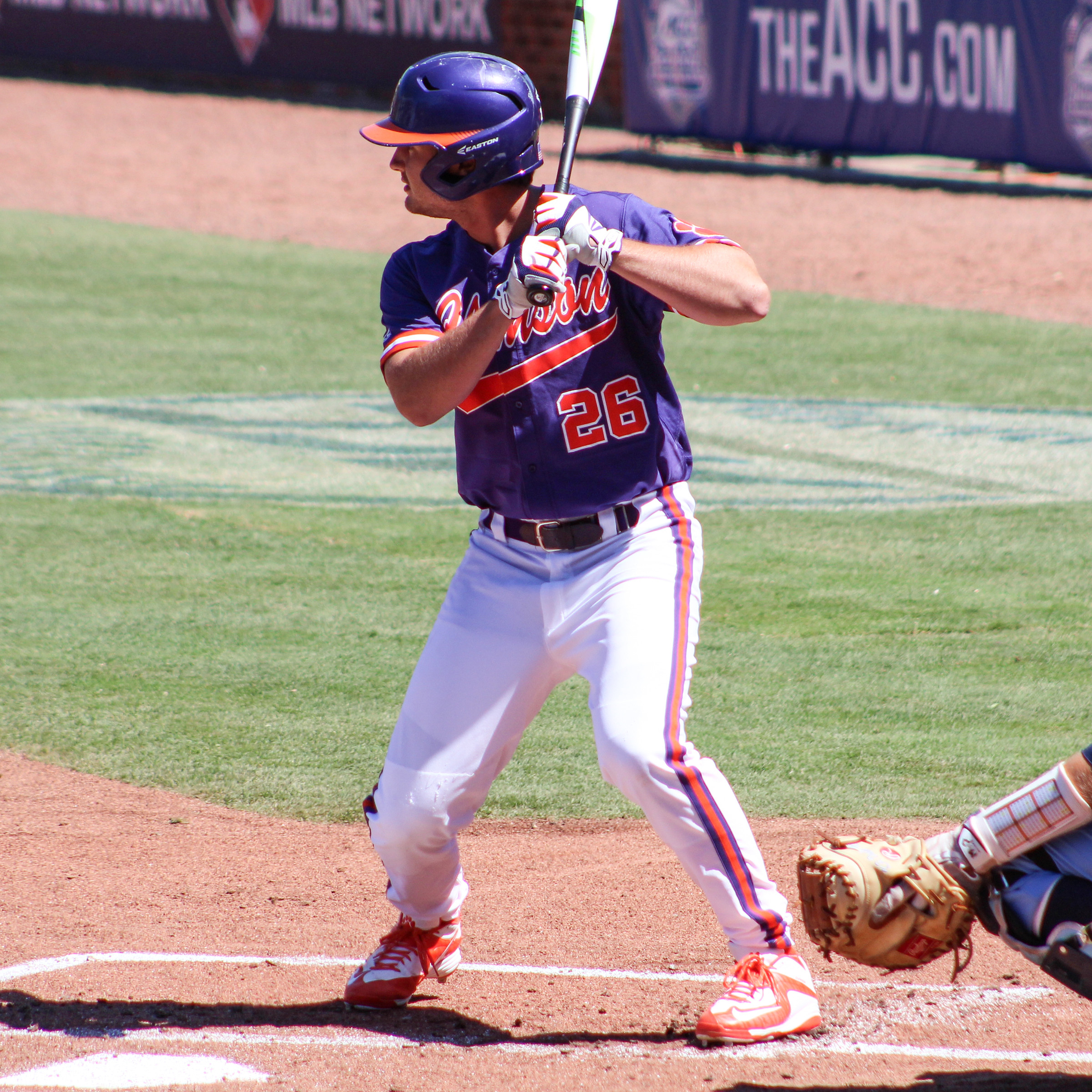 DURHAM, N.C. – J.B. Bukauskas pitched 5.2 strong innings and Skye Bolt hit a three-run homer in the third inning to lift North Carolina to a 6-3 victory over Clemson in the ACC Tournament at Durham Bulls Athletic Park on Friday afternoon. The Tar Heels, who finished 2-2 in the tournament, improved to 34-24 on the season. The Tigers, who went 1-2 in the tourney, fell to 32-27 in 2015.

After a crucial Tiger error extended the third inning, Bolt belted a three-run homer to put the Tar Heels on the scoreboard, then they added two runs in the fourth inning to build a 5-0 lead. Clemson chipped away with two runs in the top of the sixth inning on Tyler Krieger’s run-scoring single, then Krieger scored on a wild pitch. North Carolina scored another run thanks to an error in the bottom of the sixth inning. Weston Wilson’s run-scoring single in the eighth inning cut North Carolina’s lead to 6-3, but it was not enough.

“They took advantage of the opportunities we gave them in the third and fourth inning,” said head coach Jack Leggett. “And they made their hits count. They played well and a little better than we did.

“We were a little shaky defensively and gave them too many opportunities, and a good team will take advantage of it. But our guys battled out there. We got ourselves back in a situation where we had some opportunities at the end.”

The NCAA Selection Show is Monday at noon on ESPNU.