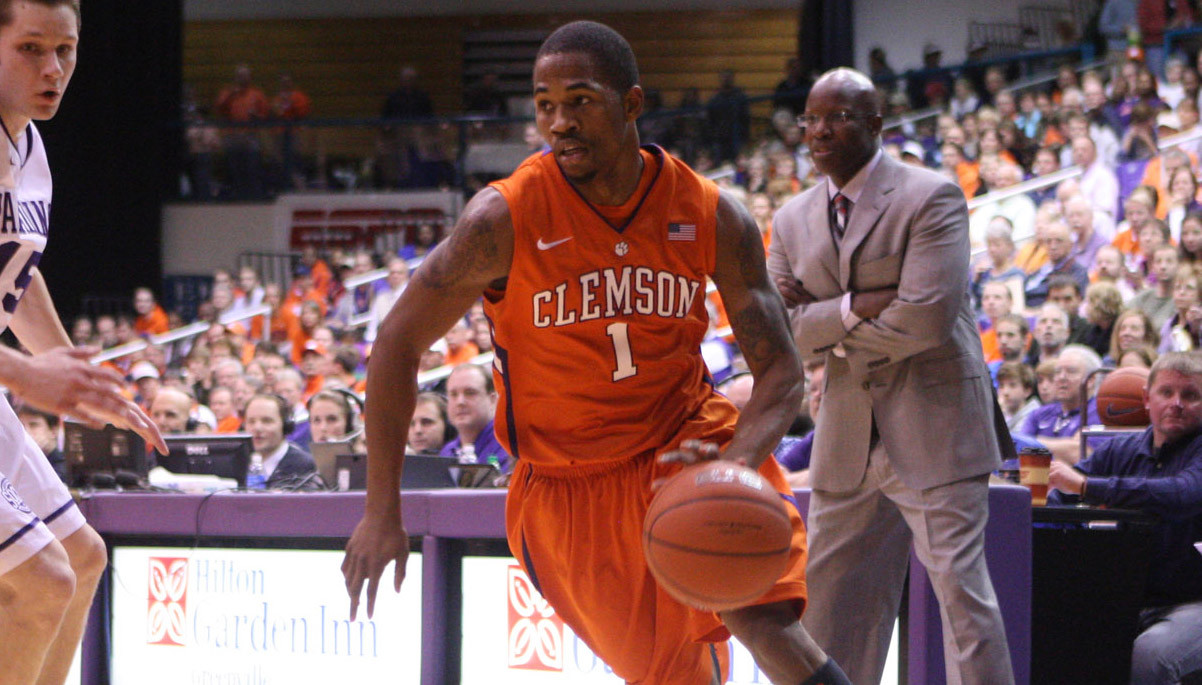 T.J. Sapp to Transfer from Clemson

CLEMSON, SC – Clemson sophomore T.J. Sapp has decided to transfer from Clemson, Head Coach Brad Brownell announced Monday. Sapp will no longer compete for the Tigers, but will complete the fall semester academically at Clemson before returning home to Fort Lauderdale, FL after final exams.”T.J. is a fine young man who has had some positive moments in his time at Clemson,” Brownell said. “He is well-liked by our coaching staff and players, and will certainly be missed. I respect his decision and appreciate his efforts during his time here. We wish him the best in his search for a basketball program that better meets his needs.”The 6-foot-3 Sapp appeared in 37 games in two seasons at Clemson, with 16 starts. He played 588 minutes and scored 132 points. He had a career-high 13 on two occasions as a freshman, first in the Big Ten/ACC Challenge at Iowa, and then in a home win over East Tennessee State. He averaged 3.6 points per game this season in 15.1 minutes per contest.”I formed a brotherhood with my teammates, so this was a tough decision for me,” Sapp said. “I love and appreciate everything about Clemson. Coach Brownell is a tremendous guy, and I appreciate everything he’s taught me. He definitely made me a better player, and I can honestly say I am stronger and wiser due to my experiences at Clemson. I’ll never forget all of the coaches who taught me so much during my time here.”