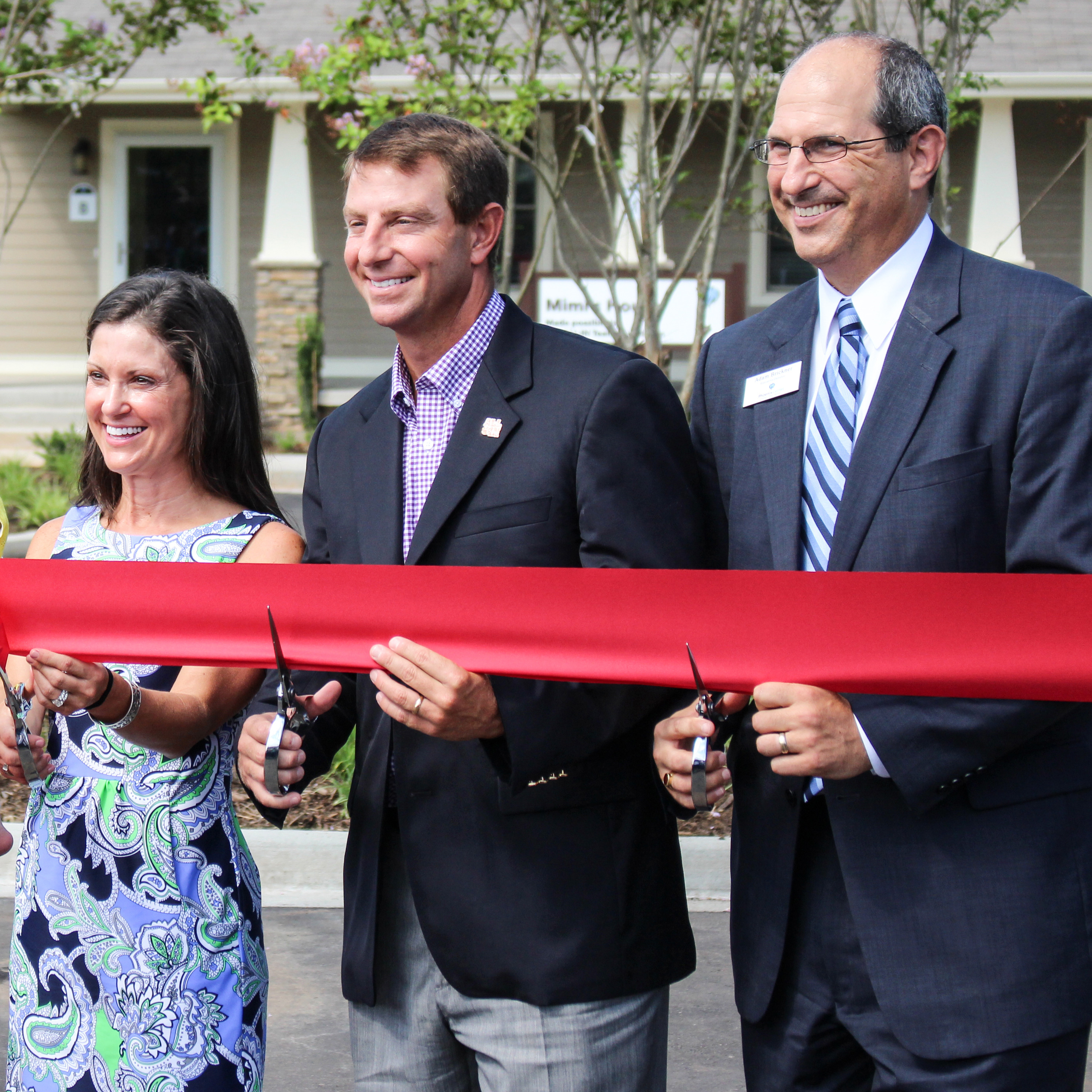 Dabo Swinney formed the All-In Team Foundation shortly after taking the reins for good as Clemson’s head football coach. One of the first things he and his wife, Kathleen, had to determine through the non-profit venture was the foundation’s focus areas.

Roughly the same time the two were figuring out their desires, Swinney was introduced to Adam Brickner, the executive director of The Family Effect and Phoenix Center, the leading treatment facility for substance abuse in Greenville County.

“We were trying to figure out the focus areas we were passionate about,” Swinney said. “Addiction was one of them, and trying to help families stay together. I met Adam, and he laid out what his program was all about. Kath and I knew right then that this was it.”

The Family Effect exists because substance abuse disorders are the leading cause of family collapse and harm to children.

“We see it all the time,” Brickner said. “But that’s what this program is all about, healing and transforming families.”

Swinney first learned of Serenity Place — one of The Family Effect’s properties — about six years ago, and has since used his platform as Clemson’s coach and the money raised through his foundation to aid in the fight against substance abuse addiction.

A pledge of $270,000 was made by the All-In Team Foundation two years ago to help build one of three transitional houses, where women struggling to overcome addiction could learn to be self-sufficient and heal together with their children.

Swinney’s team saw the pledge come full circle Wednesday, August 19 in Greenville, as the three transitional houses were dedicated in a ribbon-cutting ceremony at the Serenity Village complex.

“We didn’t hesitate when asked (to help),” he said. “This isn’t a place where you stick a Band-Aid on something. Hearts are changed and new habits are created. Serenity Place helps these ladies develop and overcome past mistakes.”

Following the inspiring and courageous testimony of Shirley, a recent Serenity Place graduate, the three houses were dedicated in someone’s honor. When it came time for Swinney and his wife to select a name for the foundation’s house, there was only one that came to mind.

“We have a close friend named Mimi Metcalfe, and we’ve known her since we moved to Clemson,” he said. “She had a recovery birthday recently, celebrating nine years of sobriety.”

“Mimi has given her life to impacting and helping others,” continued Swinney, holding back tears in front of families, friends, sponsors and members of the news media. “She is one of the most loving people you’ll ever meet. We couldn’t think of anyone better than Mimi to dedicate our house to in Serenity Village.”

Each of the three houses is divided into two units, and Brickner said that six families (including nine children) would be moving into them immediately following Wednesday’s ceremony.

The family moving into Mimi’s house was on hand, and spent time with the Swinneys touring their new transitional home following the event. Spending anywhere from four to eight months in the house, residents are encouraged to find a job or apply to school through Serenity Place’s education and employment center.

“We host these ladies at home games and our Ladies Clinic each summer,” Swinney said. “Serenity Place tries to teach them the best is yet to come. It’s been a blessing to partner with them.”