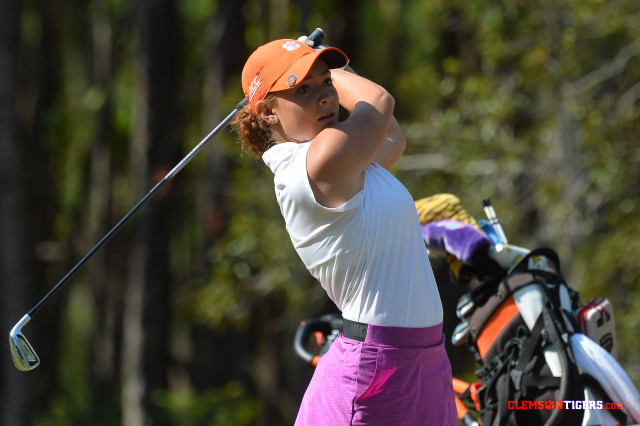 Clemson, S.C.—Ashley Czarnecki and Kennedy Swann both recorded top 10 finishes at the Reynolds Lake Oconee Great Waters Individual Collegiate women’s golf tournament in Eatonton, Georgia. The event was scheduled for a 36 holes over Saturday and Sunday, but expected inclement weather on Sunday forced the cancellation of the second round.

Czarnecki and Swann both had scores of one over par 73 in their first action of the spring season.   Both had three birdies, two bogeys and a double bogey on Saturday. The finished four shots behind individual champions Siti Shaari of South Alabama, Katy Harris of Mississippi and Jodee Tindal of Mercer.

Freshman Callista Rice made her first appearance for Clemson on Saturday and had a seven over par 79.

Kelley Hester’s team makes its spring debut as a complete team at the Sugar Bowl Invitational in New Orleans next weekend.