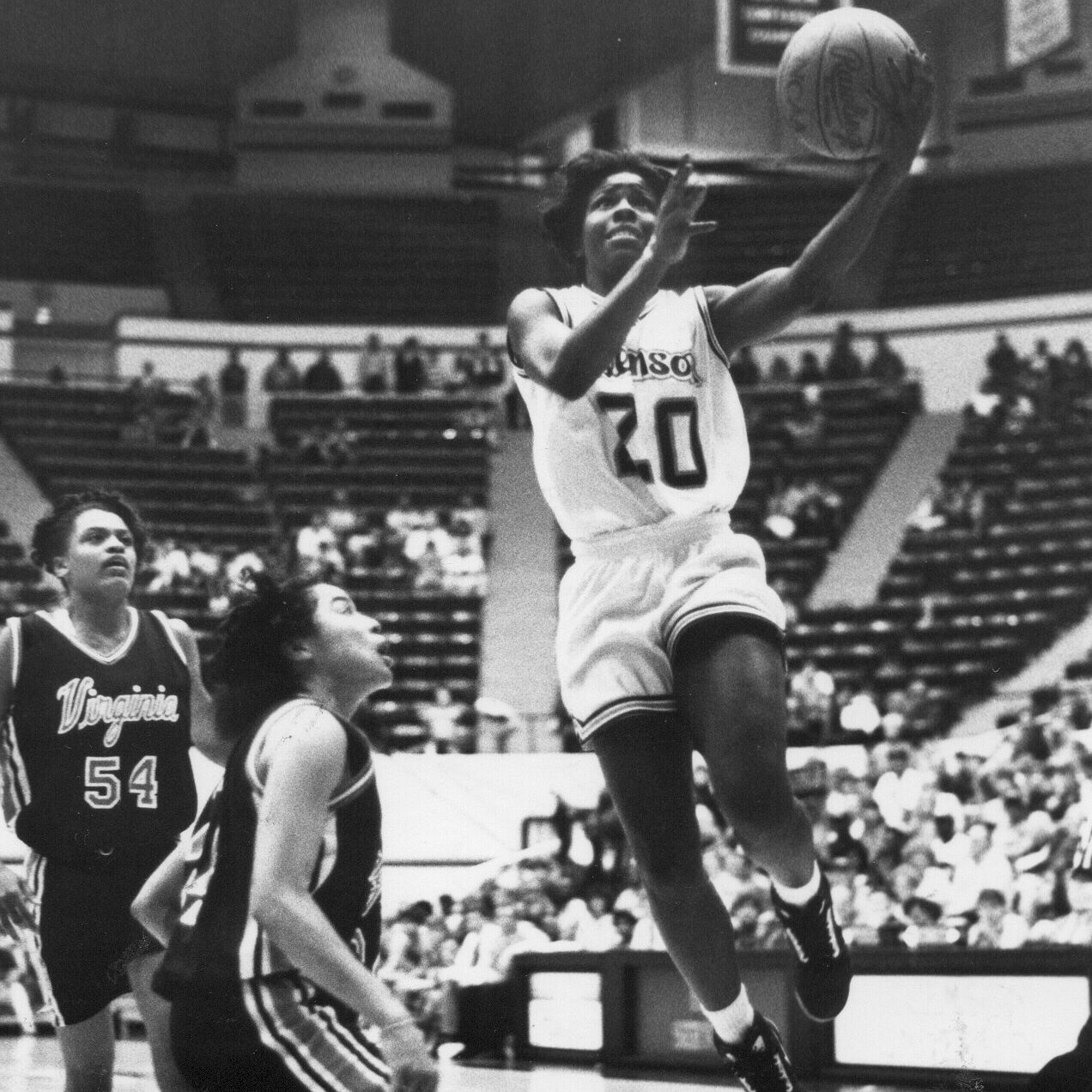 Excitement and enthusiasm are expressed in a variety of forms.

For Clemson’s Cheron Wells, the excitement she brought to Clemson Lady Tiger basketball centered around her winding acrobatic moves towards the basket, a successful, left-handed jump shot in the closing seconds of a game, and a crisp, sharp pass to an open teammate.

Wells’ enthusiasm for basketball and life were displayed by her warm friendly smile, a winning attitude, and a unique closeness to her family, teammates, and friends.

It’s no surprise she will be inducted into the ClemsonAthletic Hall of Fame this fall.

She brought excitement and enthusiasm to Lady Tiger basketball in 1990-91 and 1991-92.  She was a junior college transfer from Kilgore Junior College in Tyler, TX.  She was the leading scorer (14.1 ppg.) on the Clemson team that advanced to the NCAA Tournament’s Final Eight in 1990-91.  She became the first Lady Tiger to be named to an All-Region team, and was also the first Lady Tiger since 1982 to be named to the ACC All-Tournament team as she led the Tigers to the championship game, another first since the 1982 season.

Clemson was the only team in the nation to defeat both a number-one (Virginia), and a number-two ranked team (N.C. State) during that season, and Wells eclipsed the 25-point mark in each of those games.

In 1991-92, Wells averaged 15.0 points per game and led the Tigers to the NCAA Tournament’s second round.  She was named second-team All-ACC and was named a third-team All-American. She also participated in the 1992 U.S. Olympic Trials.  She finished her career scoring 930 points in only two years of play.

As her career continued, Wells became the focal point of nearly every team’s defensive strategy.  For her explosiveness and ability to change the momentum of a game, she was unmatched by few in the country.

Wells attributed her fine play to being enthusiastic and excited about playing the game she loved the most.

“I was an enthusiastic player and this made me play harder,” said Wells.  “When the adrenaline was flowing and you were out there in front of the crowd playing the game you loved the most—there was nothing better.

“Basketball is a unique sport; there are so many things you can do with the ball such as driving to the basket, creating scoring opportunities with good passes, and making the big play on defense.    When we were playing, I saw the crowd getting excited and the players were getting motivated; it’s like a continuous cycle.  There is nothing better, it is indescribable.”

“I fell in love with Clemson on my first visit.  On the initial trip I met so many friendly people, and with Clemson’s academic reputation, I knew this was the right place for me.  Jim Davis was a great coach and he helped me in a number of ways.  He knew the game of basketball and he brought my game a long ways defensively.

“Cheron was one of the finest guards in the ACC,” said Davis.  “She was among the best guards that I coached in my career.”

“Being named to the Clemson Athletic Hall of Fame is a big honor for me,” said Wells. “I met a lot of my best friends at Clemson.  I enjoyed my time at Clemson.

“Going to the NCAA Final Eight was one of the most memorable moments for me at Clemson.   We were the only team to defeat both a number-one and a number-two ranked team that season.  We also went to the finals of the ACC tournament that year.

“When I enter the hall of fame this fall, I take a lot of people in with me such as my coaches, teammates and my family.  Without them none of this would be possible.

“I was very blessed to go to Clemson and be a Tiger,” said Wells.   Wells lives in Dayton, OH and works at Federal Express.   She has one son, Dante, who plays football at Ventura College in Ventura, CA.

Wells brought some exciting moments to Clemson basketball with her quickness, and her upbeat personality that was created by her genuine love for the game.

It is only fitting that Clemson will honor her by being named to the Clemson Athletic Hall of fame this fall.

Below: Cheron Wells is seen in a promo picture.  This picture was used in a campaign pushing her for All-American and All-ACC.   She was a great left-handed outside shooter.