On April 10, USA Volleyball announced its Collegiate National Team-Detroit roster. Among those named were some of the most elite college volleyball players in the country from leagues such as the ACC, Big Ten Conference, Big XII Conference, Pac-12 Conference and SEC.

Most notably, that list included Clemson outside hitters Brooke Bailey and Kaylin Korte. Bailey and Korte were selected through the U.S. Women’s National Team open tryouts, which were held a little over a month before the official roster was announced at the U.S. Olympic Training Center in Colorado Springs, Colo. The duo spent 10 days in Michigan from June 22 to July 1, training and competing at the University of Michigan and downtown Detroit.

“The opportunity in Detroit presented a chance for them to play at an elite level and have an opportunity to be coached by some of the best coaches in the country,” said Clemson head coach Michaela Franklin. “It was also a huge confidence builder for them in the sense that they knew they belonged.”

Franklin tabbed Bailey and Korte as the team’s CEOs, or “Chief Energy Officers,” earlier this spring. With the responsibilities similar to that of a team captain, Franklin’s CEOs are expected to bring a high-energy level to both the court as well as off-the-court activities. With nine newcomers on the team, including Bailey, who transferred from Ohio State this past spring, Franklin is already noticing the effects of Bailey and Korte’s leadership.

“The big thing that we talked about before they left was bringing that experience back to our gym after playing at an elite level. I also think it helps with their teammates. We see how they interact with their teammates and they’ve always respected and trusted them.

“But there’s a different buy-in factor from their teammates because they know they have the experience and capability of playing at that level. You can see that their teammates are allowing and expecting them to lead them down a path and direction that will help our program continue to propel forward.”

Franklin got the chance to witness Bailey and Korte showcase their skills in the Motor City while wearing red, white and blue. The two went head-to-head in three showcase matches during the 10-day period. Needless to say, Franklin was very pleased with what she saw.

“There’s no surprise, obviously, when you watch Kaylin compete. You know she’s a fighter and she’s a winner. That was very clear to everyone watching her in Detroit. Watching Brooke play, she has a physical capability that she hasn’t even fully tapped into yet. We got to see glimpses of it while we were there. Being able to get her to do that consistently will be one of the things we continue to build on.”

“It was a very humbling experience. I was so glad I was able to do it with Brooke by my side. I would do it again in a heartbeat, and I’m extremely honored to be a part of both USA volleyball and Clemson volleyball. More than anything, I’m thankful for the opportunity that Clemson volleyball affords us to showcase what we’re all about.”

In addition to being able to compete with players from every Power Five conference and top mid-major programs, Korte and Bailey trained with three ACC student-athletes as well. Miami (Fla.) setter Haley Templeton, Virginia Tech opposite hitter Jaila Tolbert and Syracuse middle blocker Amber Witherspoon rounded out the ACC’s representatives for the Detroit roster.

“Being able to compete with some of the best players at the highest level made me a better player than I was going into this experience,” stated Korte. “It was cool that we got to experience it with some of the other girls in the ACC who will be on the opposite side of the net in the fall.”

While striving to become a better volleyball player was a substantial focus of the experience, Korte also built countless relationships, which she believes will be cherished for years going forward.

“Our 24 girls became super close by the end of the trip, and I know I made some relationships with people that are going to last for a very long time. And coaching-wise, I don’t think we could’ve had better coaches, which made the experience that much better. I’m very thankful for the opportunity.”

Bailey, like Korte, embraced all aspects of the experience.

“It was a very enriching experience. I learned a lot and met a lot of cool people. I had a really good time playing and creating connections and new relationships. Our gym didn’t have air conditioning. We had three-hour sessions and we all grinded together and made it happen. It was a good time had by all.”

When asked what stood out to her the most about the experience, the Canton, Ohio native gave a somewhat surprising answer…the emphasis of failure as a means to challenge these elite athletes and get them out of their comfort zone…a tactic that will help players build on their weaknesses and make them better by the fall when the college season begins.

“In the gym, failure was actually emphasized,” said Bailey. “We talked a lot about how success doesn’t come without failure, and we as volleyball players have to be comfortable with failing, especially in practice and with trying new things. The coaches were all really supportive, especially when we’re trying to get after it and trying something new. It was really embraced and a fun time overall.” 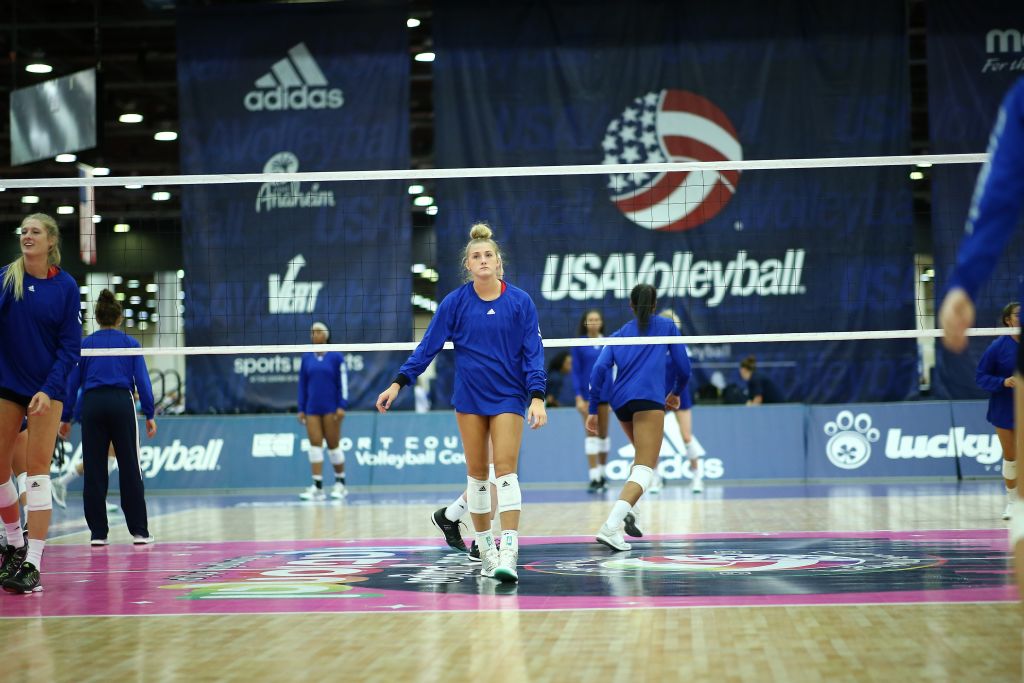 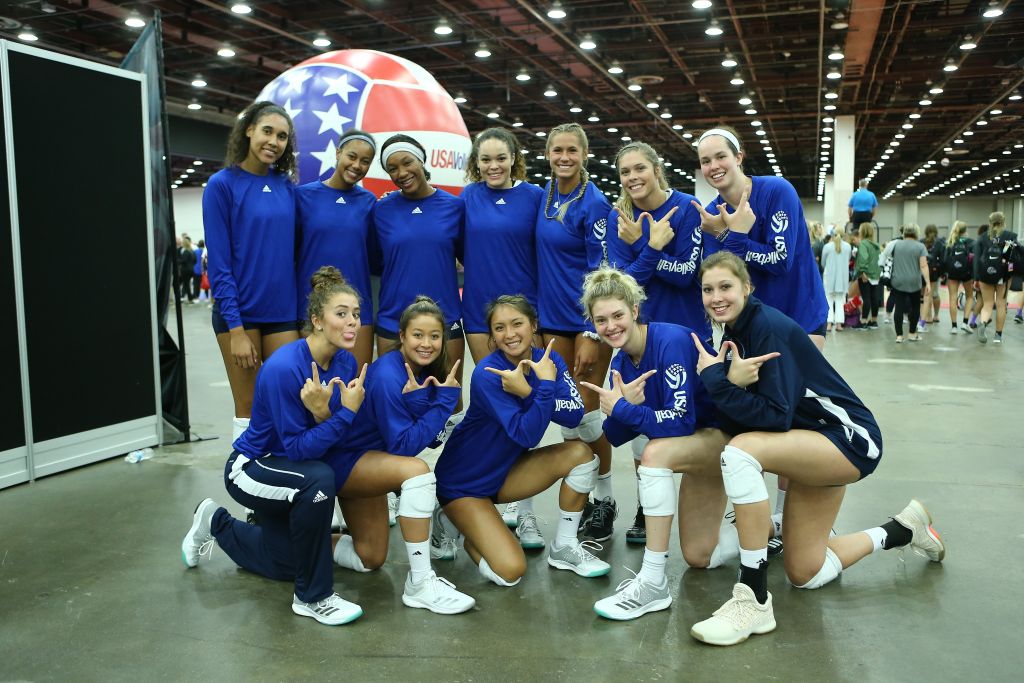 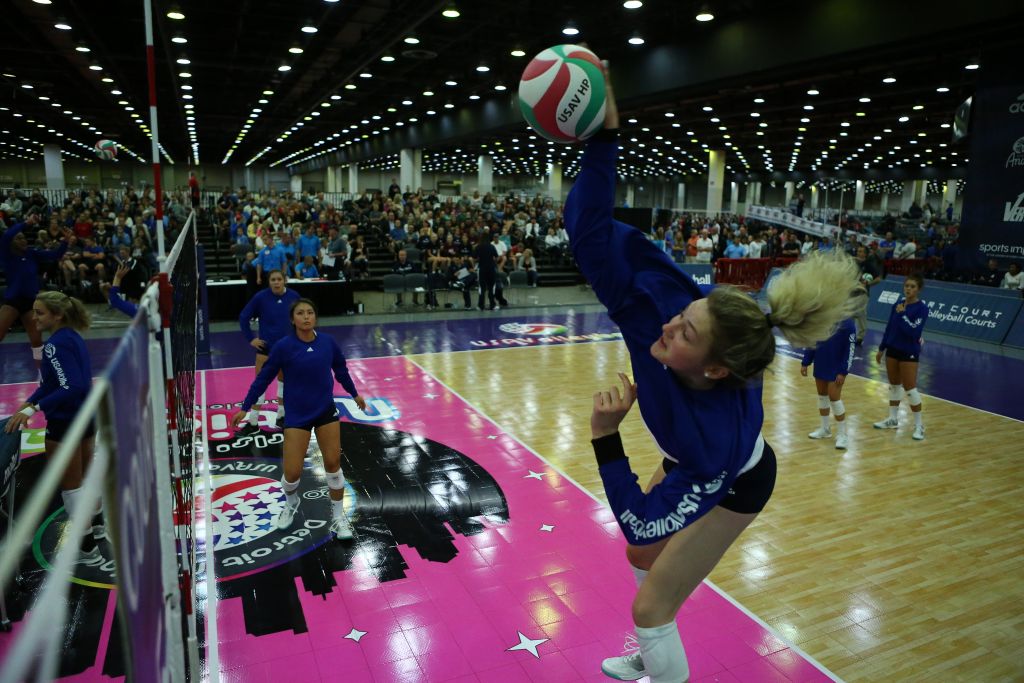 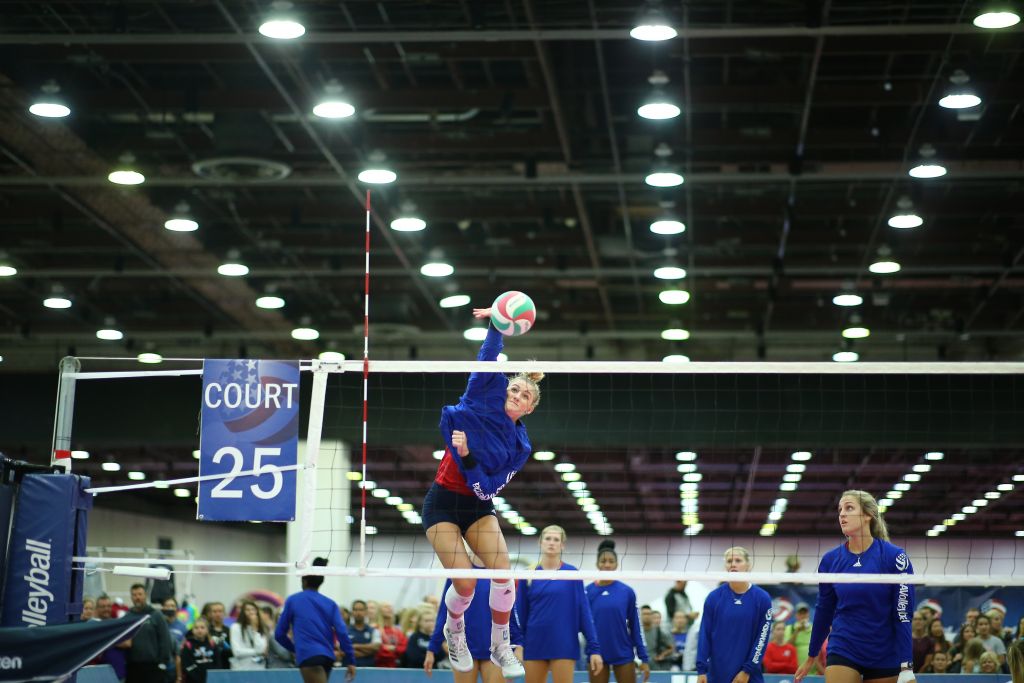 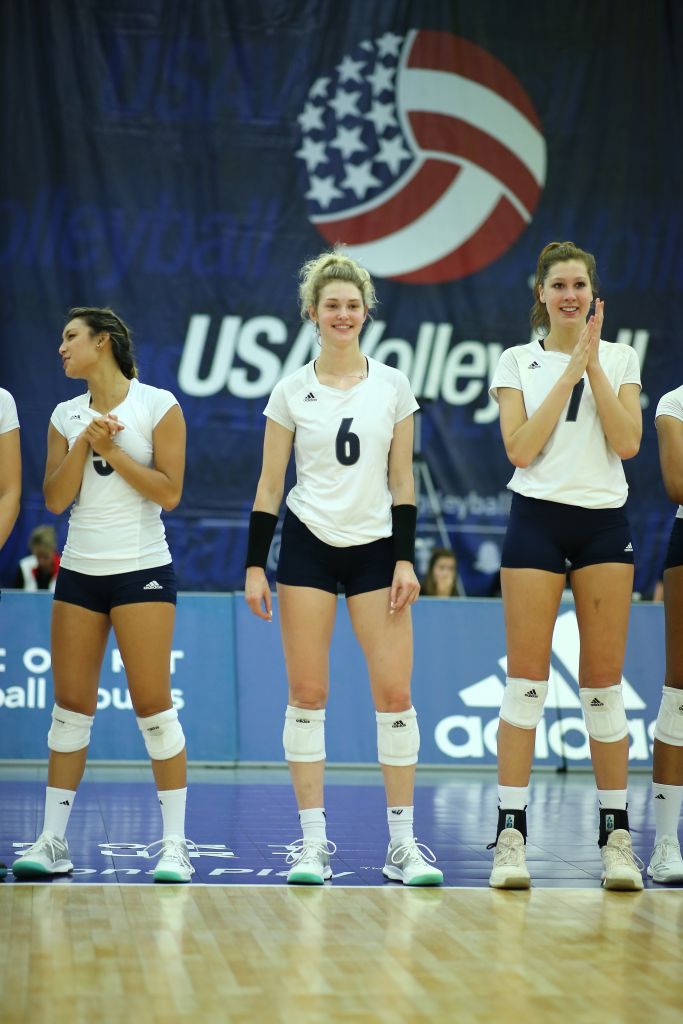 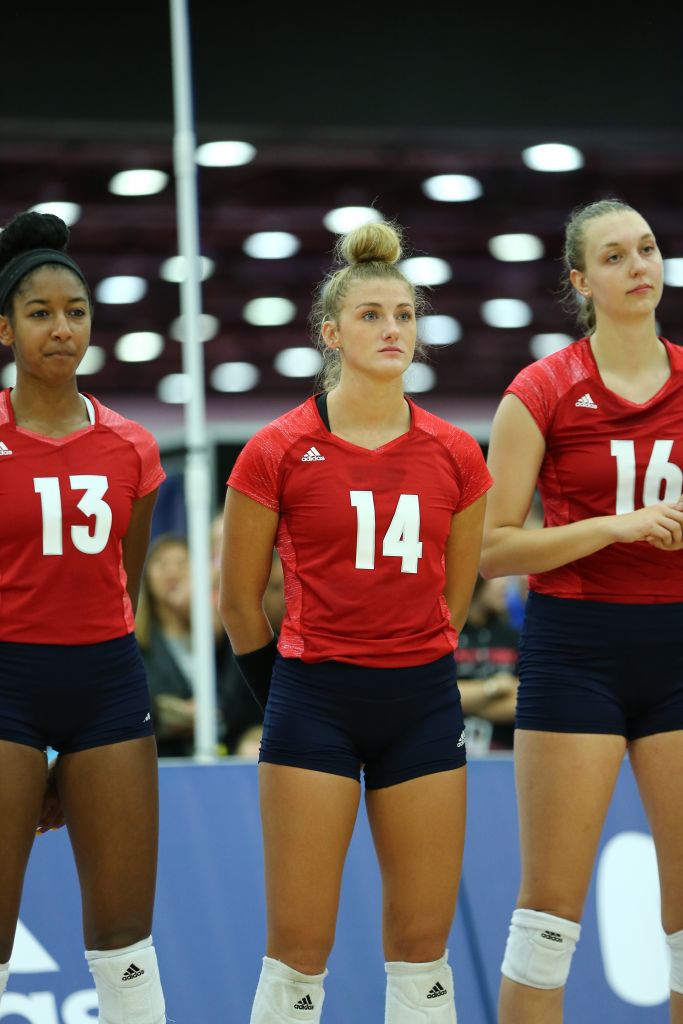 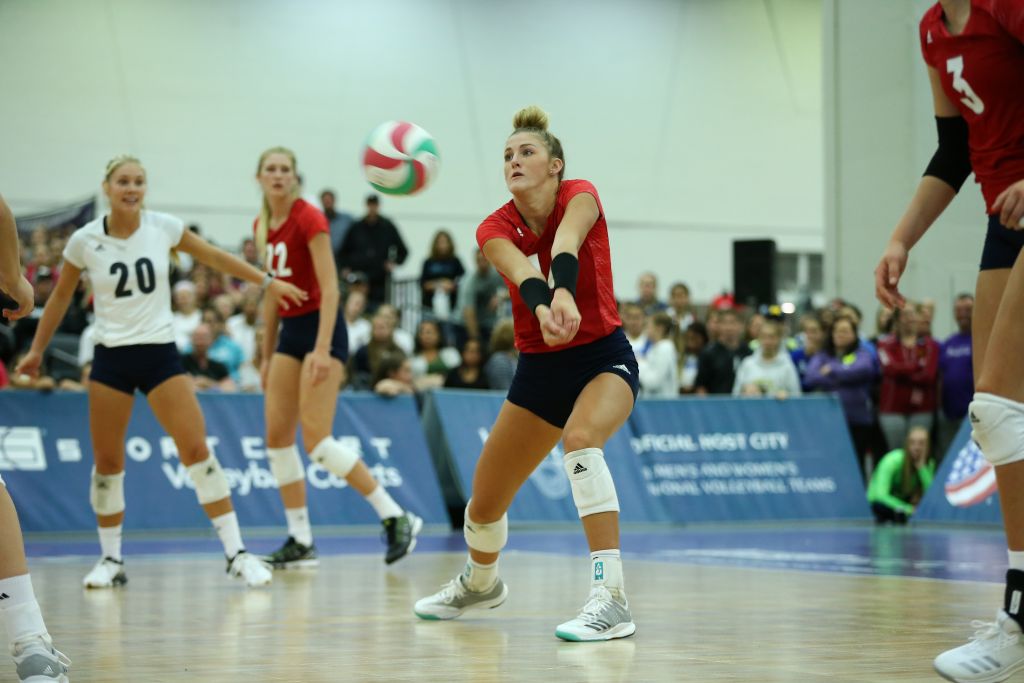 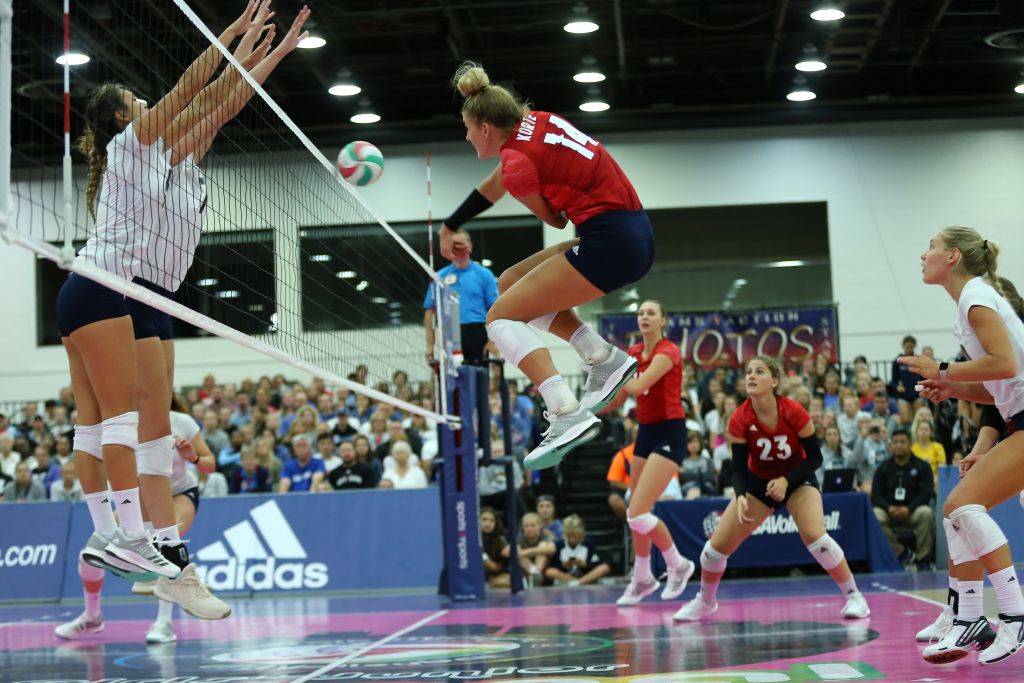 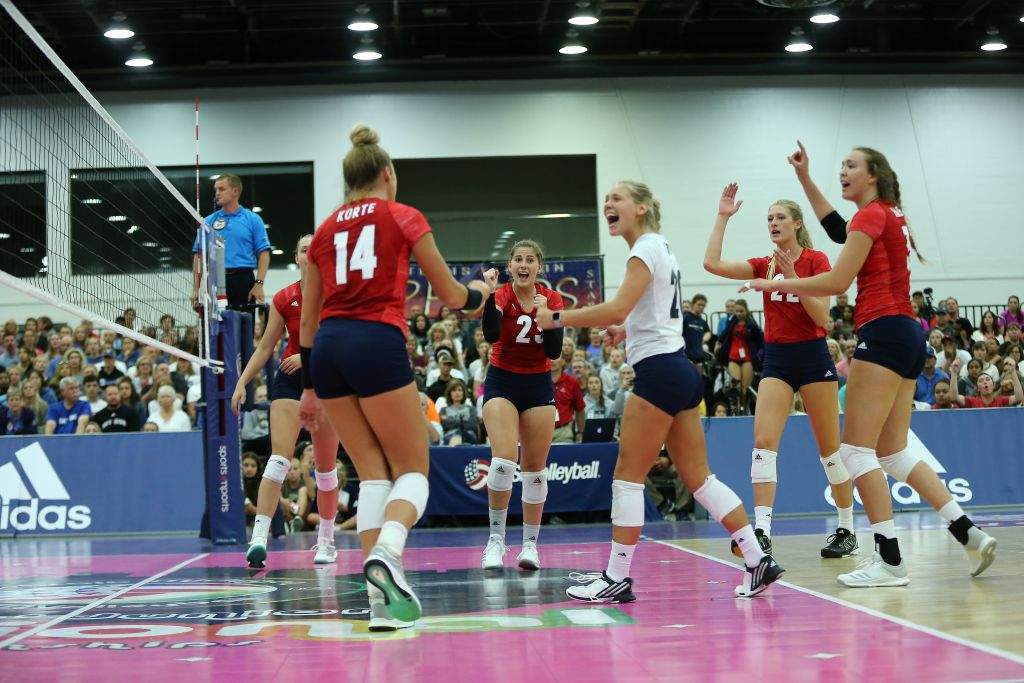 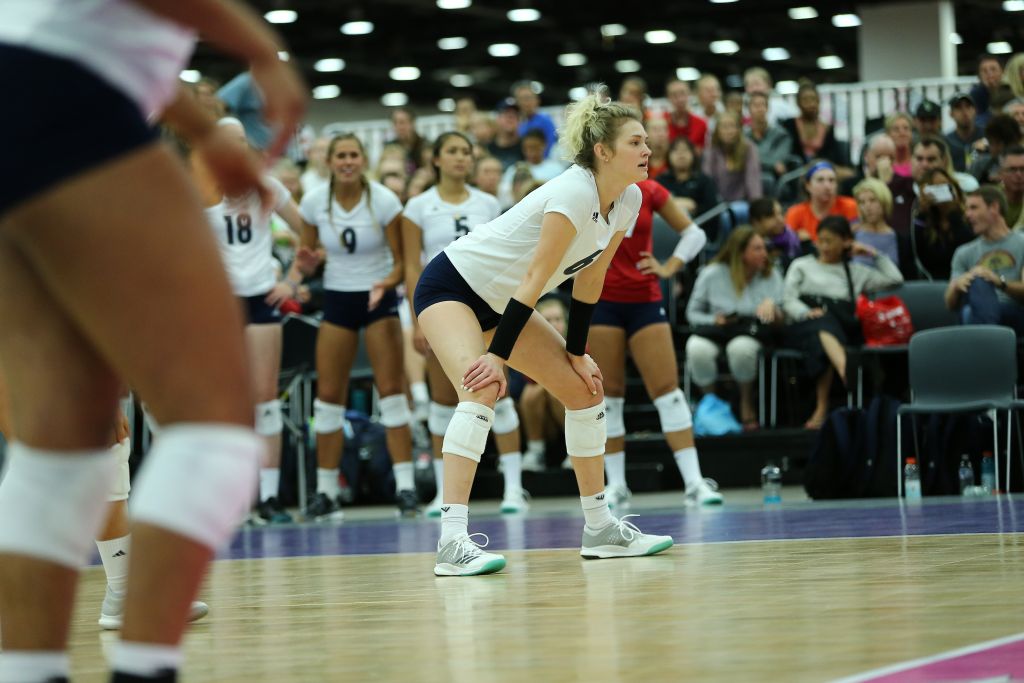